Wicketkeeper-batsman Heinrich Klaasen has been called up in the South African squad as a replacement for injured uncapped player Rudi Second for the upcoming three-match Test series, beginning October 2 in ACA-VDCA Cricket Stadium in Visakhapatnam. 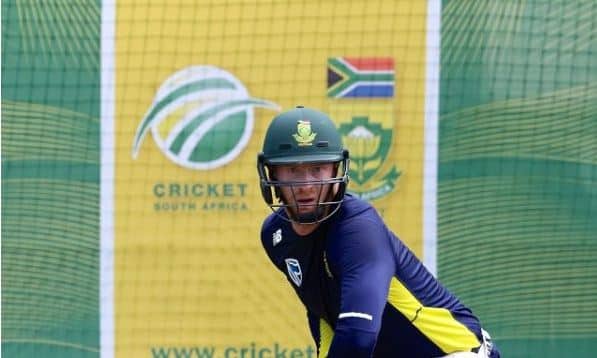 Wicketkeeper-batsman Heinrich Klaasen has been called up in the South African squad as a replacement for injured uncapped player Rudi Second for the upcoming three-match Test series, beginning October 2 in ACA-VDCA Cricket Stadium in Visakhapatnam.

The 30-year-old, who was one of the new caps to play in the upcoming Tests against India, sustained the injury while practicing with the South Africa A side for their limited-overs and four-day fixtures against India A. Second will now required to undergo surgery to treat the injury.

Confirming the news, Cricket South Africa (CSA) acting dirctor Corrie van Zyl said that Klaasen will also be added for the four-day series in order to boost up his preparation for the India Tests.

“Klaasen is part of the one-day squad for the South Africa A tour and he will now be added to the squad in Second’s place for the four-day series that will assist his preparation for the Proteas Test series,” van Zyl was quoted as saying in the CSA press release.

The CSA, however, did not mention any details of Second's injury. Second was earlier named in the South Africa Test squad in the wake of his decent performances with A squad during their tour to India in 2018.

Klaasen, who made his  ODI and T20I debut in February 2018, showcased impressive performance during his side's limited-overs series against India at home when he led South Africa to victory in a rain-hit Pink ODI in Johannesburg.