Here is the list of India's ODI records in New Zealand

Out of 34 matches the two sides have played in New Zealand, India have won just ten of them while losing 21. 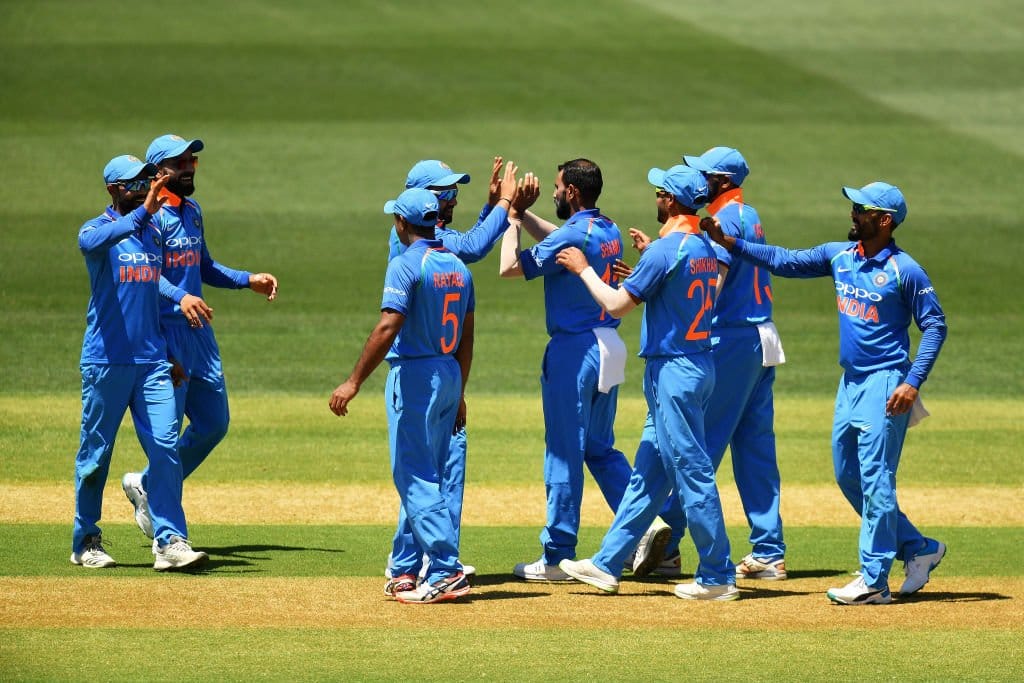 Following a high-profile performance in Australia, India are all set to play limited-over series against New Zealand, beginning with the five-match ODI series from Wednesday at McLean Park.

The ODI series, which will run till February 3, will be followed by three T20Is between the two sides from February 6 to 10.

India will be brimming with confidence and look to continue their good form in New Zealand as well after their first-ever bilateral Test and ODI series win in Australia.

The Black Caps, on the other hand, are also coming into the series against India following a 3-0 clean sweep of Sri Lanka.

With both second and third-placed ODI team being in good form, the upcoming five-match ODI series is expected to be a close contest while it also holds great significance considering the fact that the International Cricket Council (ICC) World Cup is just a few months away.

As India are all set to play their first ODI tomorrow, let us have a look at some of the past records which India made on New Zealand’s soil:

# The Men in Blue do not have a great record in New Zealand. Out of 34 matches the two sides have played in the latter's home turf, India have won just ten of them while losing 21.

# India's highest total in New Zealand came in March 2009 when the visitors posted a score of 392/4 in Christchurch after legendary cricketer Sachin Tendulkar smashed a blistering knock of 163 before being retired hurt. The Men in Blue eventually won that match by 58 runs.

# In December 2002, India recorded their lowest total in New Zealand after being bowled out for 108 runs in their stipulated 50 overs in Auckland. Shiv Sunder Das was the highest scorer in that match with 30 runs as the home side registered a three-wicket win.

# Former Indian cricketer Anil Kumble recorded the best bowling figures by an Indian against New Zealand in their home ground. He finished with the figures of five for 33 during the third ODI of the five-match series in Wellington on March 30, 1994.

# Former wicketeeper-batsman Nayan Mongia holds the record of the most dismissals by an Indian in a single match in New Zealand. He achieved the feat during the second of the five ODIs between the two sides on March 27, 1994 in Auckland.

# Meanwhile, the record of highest partnership between an Indian pair in New Zealand is held by Gautam Gambhir and Virender Sehwag. The duo stitched a huge unbeaten stand of 201 runs on March 11, 2009 as the Men in Blue marched to a 10-wicket win through Duckworth-Lewis method.

Our focus is on how best we can combat Virat Kohli: Kane Williamson