Herschelle Gibbs in a tweet took potshot at the Board of Control for Cricket in India (BCCI) and claimed that the cricket governing body has threatened the former Proteas cricketer. 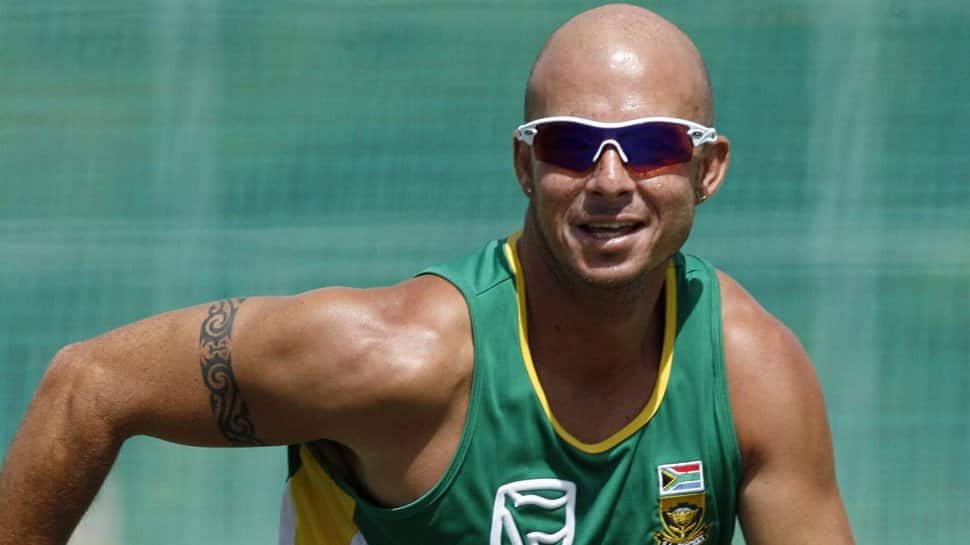 Gibbs in a tweet took potshot at the Board of Control for Cricket in India (BCCI) and claimed that the cricket governing body has threatened the former Proteas cricketer.

Here's what he said: 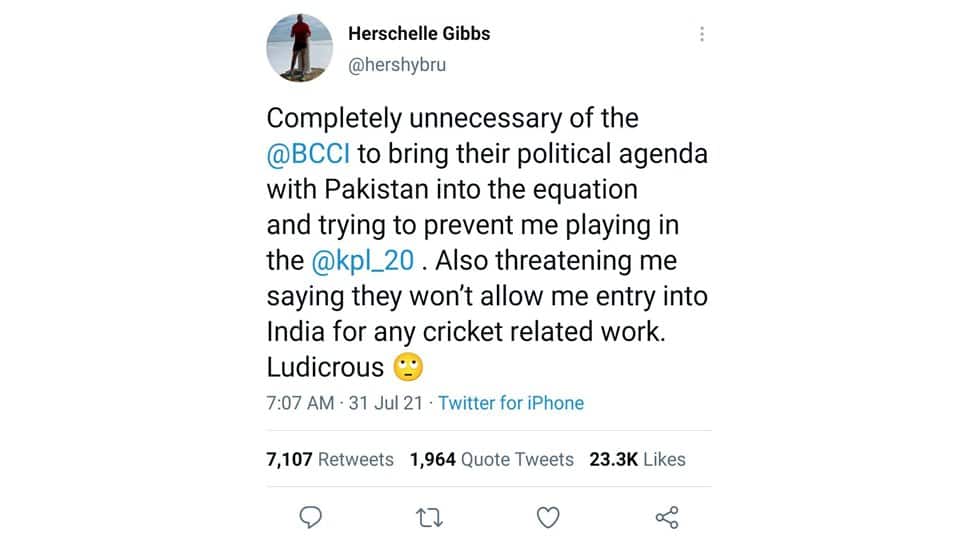 The @BCCI warning cricket boards that if there former players took part in Kashmir Premier League, they won’t be allowed entry in India or allowed to work in Indian cricket at any level or in any capacity.
Gibbs, Dilshan, @MontyPanesar & several others have been selected in KPL.

The Pakistan Cricket Board also joined the debate and issued an official statement in this regard.

"The PCB considers that the BCCI has brought the game into disrepute by issuing warnings to multiple ICC Members to stop their retired cricketers from featuring in the Kashmir Premier League, further threatening they will not be allowed entry into India for cricket-related work."

“Such conduct from the BCCI is completely unacceptable, against the preamble of the Spirit of Cricket and sets a dangerous precedence, which can neither be tolerated nor ignored," an official statement by PCB read.

What is Kashmir Premier League?

The Kashmir Premier League is a franchise T20 tournament, which is sanctioned by the Pakistan Cricket Board. Six teams will feature in the league and a bunchful of popular ex-cricketers, including Tillakaratne Dilshan, Gibbs, Monty Panesar, will take part in the tournament.

Not long to go

The inaugural edition of the Kashmiri Premier League is scheduled to start from August 6-16 at Muzaffarabad.