Virat Kohli-led RCB will kick-off their campaign against the defending champions Mumbai Indians in the season opener on Friday. 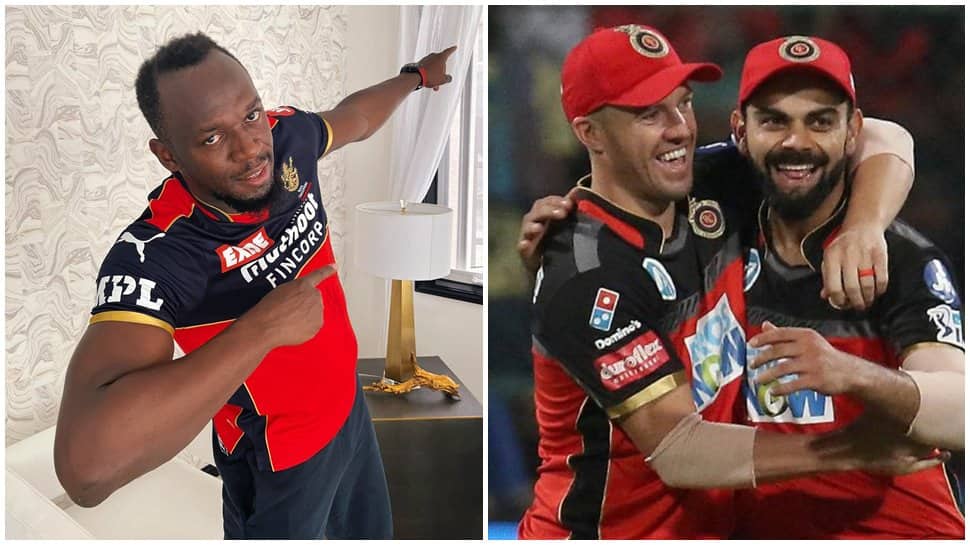 The former track and field athlete took to Twitter and shared his picture donning the RCB jersey and reminded both Kohli and De Villiers that he's the "fastest cat around", a reference to brand logo of Puma, the merchandise sponsors of the franchise.

Kohli-led RCB will kick-off their campaign against the defending champions Mumbai Indians in the season opener on Friday. Despite having a star-studded unit since the inception of the tournament back in 2008, Kohli-led RCB are yet to lift the coveted title, something which the franchise would look to attain in the upcoming edition.

Apart from the high-profile pair of Kohli and De Villiers, the Bangalore unit this time has also roped Australia's swashbuckling all-rounder Glenn Maxwell and New Zealand's Kyle Jamieson in the mini-auction held in February this year.

Talking about the upcoming IPL, Maxwell said he is excited about living a long-cherished dream of playing alongside Virat Kohli and AB de Villiers.

“It’s been a long time (dream of playing alongside Kohli and de Villiers). Obviously having known them very well off the field, played against them fair bit but finally I got to play in the same team,” Maxwell said in a video released by RCB on Twitter.