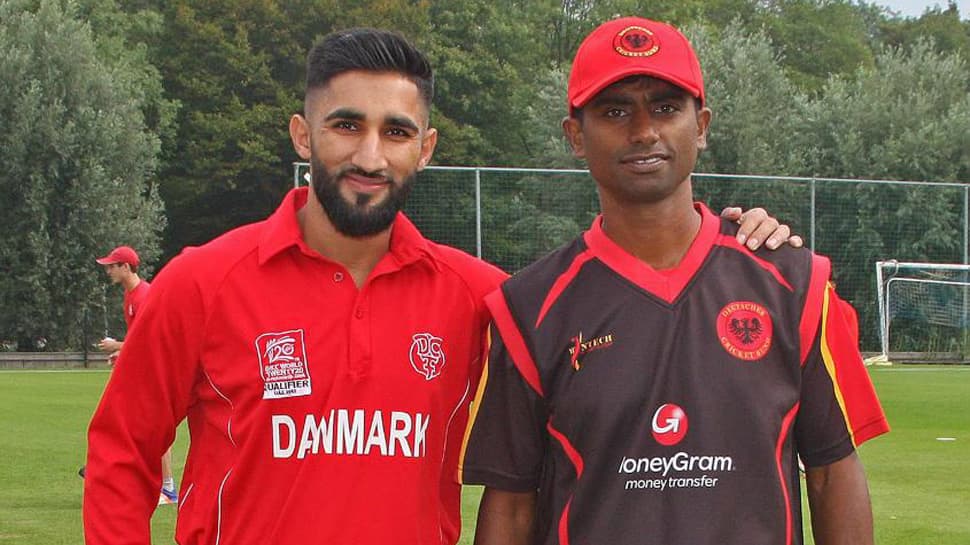 The International Cricket Council on Friday announced the six squads which will be taking part in the hotly-contested ICC Men’s T20 World Cup Europe Final, which is slated to take place from June 15 to June 19.

Germany captain Venkatraman Ganesan was introduced to cricket at a young age by his father and appreciates the ebb and flow of the game.

“It’s never over until it’s over. The twists and turns this game can produce irrespective of the format is what I love the most about this sport from both a playing and a viewing perspective”. With the recent growth of cricket in Germany, the future is looking bright: “Over the last 3-4 years we have seen a tremendous increase in the number of players and clubs taking part in organized cricket across Germany. This has triggered great interest in the sport across the country which augurs well for the future," he said.

Looking forward to the event, Denmark captain Hamid Mazhar Shah remarked, “There are a lot of talented cricketers in Denmark, and the competition is getting stronger every season. I would feel very excited about making it to the global stage. We would get the chance to play against world class players, who are competing regularly against top teams.”

Guernsey will be hoping to benefit from playing on home turf. Captain Josh Butler stated, “It would be great to qualify for the next stage, as the smallest country competing. We have a young squad who, bar one, are all home-grown talent. We would relish the opportunity to mix it up with the big boys of Associate Cricket.” On the strengths of Guernsey Cricket, Josh said, “We have both easy access to facilities and coaching and some of the very best of each in Europe, which attracts teams from all over to play here.”

Italy Captain Shan Munasinghe highlighted what qualifying would mean to his country, “It would be a great result for a country like Italy, and a great opportunity for the current players and for the next generation. The Italian national team represents the top of the Italian cricket movement”.

Jersey captain Charles ‘Chuggy’ Perchard appreciated the friendship and community created through cricket, saying, “The passion which Islanders have for all sports in Jersey is amazing. Sport brings our community together and cricket is no exception to this. The friendships which you build through the game are special. It’s always a great feeling to walk out onto the field with your mates to represent Jersey”. On the potential for qualifying for the next stage: “The Global Qualifier is an incredible tournament to be a part of and offers a fantastic platform for players to showcase their talents on the world stage. Reaching the Qualifier would be great, and it would take us one step closer to our goal of playing in the T20 World Cup next year in Australia”.

Norway Captain Raza Iqbal was introduced to cricket when he came across people playing in the park.

“I used to watch people play cricket in the parks and was interested in playing. Once I started, I played in school, college and the local club. I watched a lot of cricket on TV! We have lots of talented youngsters playing the game in Norway. If we qualify, I'll be extremely happy, it will be a dream come true and will be a proud moment for the players and our country," Raza said.

All 15 matches will be live streamed and available to watch for free on the ICC global Facebook and YouTube channels. The live stream will be delivered by production agency 3C International, with on-screen graphics and scoring integration provided by CricClubs.

The tournament will also have a dedicated European commentary team on-ground covering each match, consisting of Andrew Leonard, Ciara Metcalfe and Iain Leggat.

The six squads are as follows: