ICC, General Manager of Cricket, Geoff Allardice, noted that the umpires had to make a judgement call as to whether the batsmen had crossed when the throw was released. 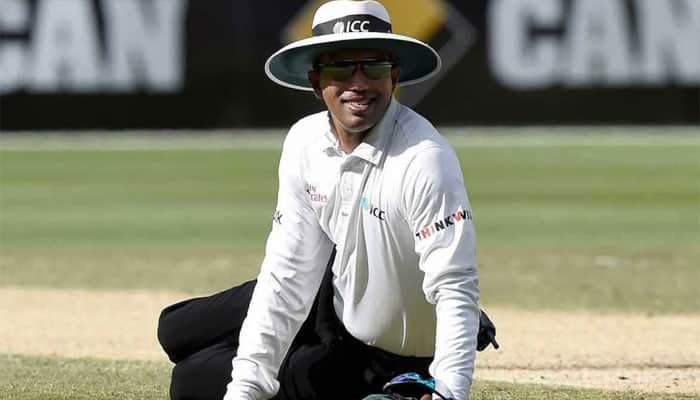 The International Cricket Council (ICC) has backed umpire Kumar Dharmasena after he was targeted for his controversial overthrow call in the World Cup final 2019 recently.

In the final of the showpiece event, England needed nine runs from three deliveries to win before Dharmasena awarded the hosts six runs when a throw from New Zealand`s Martin Guptill ricocheted off Ben Stokes` bat and went to the boundary. The batsmen didn`t cross for their second run when the throw was sent on its way, so should have only been five runs.

The Sri Lankan umpire accepted his mistake, but didn`t regret the decision. His error could have handed the Kiwis a victory, but with the match and the resulting Super Over eventually tied, England were declared winners on boundary countback.

ICC, General Manager of Cricket, Geoff Allardice, noted that the umpires had to make a judgement call as to whether the batsmen had crossed when the throw was released.

Talking to ESPNCricinfo, he said: "After everything that went on during that delivery, they got together over their comms system and made their decision. They certainly followed the right process when making the decision."

"They were aware of the law when they made the judgement about whether the batsmen had crossed or not at the time. The playing conditions don`t allow them to refer to such a decision to a third umpire. The match referee cannot intervene when the umpires on the field have to make a judgement call like that," he added.