India and New Zealand face off in the first semi-final of ICC Cricket World Cup 2019 in what promises to be a mouth-watering encounter. 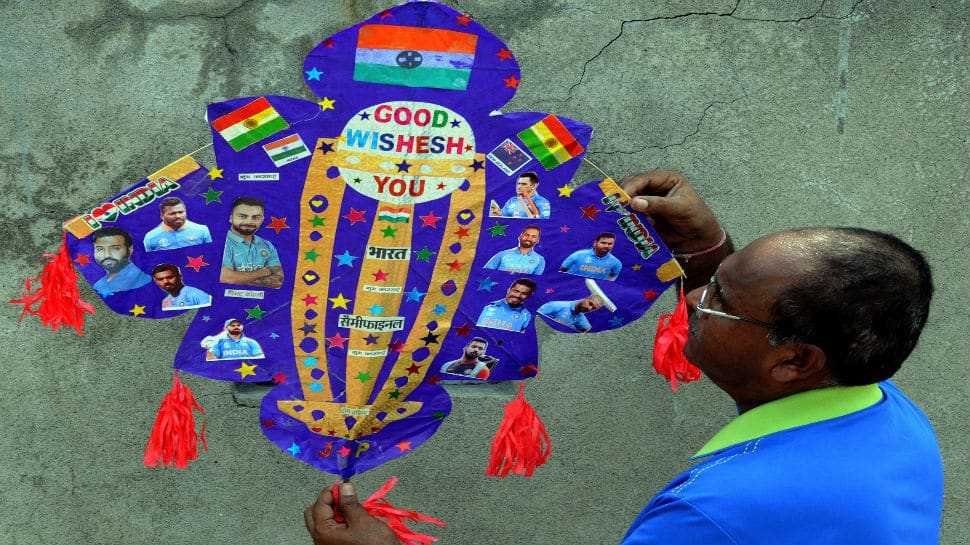 Team India is all set to take on New Zealand in the first semi-final of ICC Cricket World Cup 2019 on Tuesday. While the Men in Blue may be favourites considering the sublime form the team has been, the Black Caps are not a side to be taken lightly either.

The two teams face off in a World Cup clash for the first time since 2003 and the stakes are understandably high. While India finished at the top of the points table - losing just one of the nine matches and with one match washed out, New Zealand had started off on a strong note before falling by the wayside and finishing the league stage at the fourth spot. Virat Kohli and Kane Williamson, the two captains, would be eager for a favourable result at Manchester and the fact that they have played against each other since their formative years could be vital. The two had led their respective sides in the 2008 U-19 World Cup which India had won.

Weather conditions in Manchester could possibly play spoilsport but there is a reserve day for the two semis as well as the final. The winner of India vs New Zealand match will take on the winner from Australia vs England clash for the right to be called world champions.

The stakes are understandably high as the business end of the marquee cricket tournament beckons. Here are five main talking points as the first semi-final gets set to unfold:

Did you know that Kohli had dismissed Williamson in the final of the 2008 U-19 World Cup? The two have been facing off each other for over a decade but Tuesday could be a case of deja vu. While Kohli has hardly bowled since becoming part of the men's team, he would be hoping his bowlers can do the magic for him once again.

Williamson too would be hoping to extract revenge for the loss in the title clash of the 2008 U-19 World Cup. He would also be hoping to perform well in the crunch match. Both he and Kohli are sublime performers but have not had much success - as individual cricketers - in semis or in the title clashes of World Cup matches.In fact, Kohli's 35 in 2011 was the best that either of the two has scored in summit clashes of World Cups.

Team India's bowling attack against the Kiwis could be a major talking point with the question being if the side will opt to play five bowlers or have six. Against Bangladesh and Sri Lanka - the two final matches for India in the league stage, Kohli deployed five mainstream bowlers and expected them to finish the job. Hardik Pandya's abilities with both the bat and ball gives the captain a lot of flexibility. Ravindra Jadeja too was given a chance against Sri Lanka.

Will India look to add to the batting might by including part-time bowlers who can hit big or will full-time bowlers rule the roost?

Batting first after winning the toss is an almost no-brainer at the Old Trafford. Of the five matches played here, all have been won by the team that batted first. And while some of the matches have been close, the two captains on Tuesday could be looking at the final outcomes when deciding on what to do at the toss.

Conditions on Tuesday, and not the outcomes of the past matches at this venue, could also play a major role in influencing the decision that Kohli or Williamson may have to make.

Battle of the Bs

Jasprit Bumrah is the world's top-ranked bowler and he has shown exactly why he came into the World Cup with a menacing reputation. He can be quite lethal with the new ball and has  the ability to fire yorkers consistently in the death overs. Facing him is surely going to be a daunting prospect for the opposition.

Then there is Trent Boult who too has been quite successful with the new ball in the tournament. He may have 15 wickets in the tournament so far - two short of Bumrah, but can add to his tally come Tuesday.

Then there are the tag-team partners of the two - Mohammad Shami and Lockie Ferguson. Shami did not feature in the playing XI for India in the first couple of matches in the tournament. Once he did get a chance, there was no looking back. A hat-trick has further bolstered his confidence and Shami would now be looking at walking away with even more scalps. Same is true for Ferguson who is now back to full fitness and raring to go.

All eyes would be on a man called Rohit Sharma when India comes out to bat. With several records broken and many more under threat, the Mumbai batsman would be the No. 1 target for the Kiwi bowlers because he has already slammed five tons in the tournament so far. India banks on him to lay the proper foundation and Rohit could end up demoralising New Zealand even without taking much risk.

As for the Kiwis, Martin Guptill's experience would be the key factor. He was the highest run-getter of the 2015 World Cup but time has not been too kind to him since. Even in the ongoing tournament, he has appeared as only a bleak shadow of his past self. All of that could change on Tuesday as the stage gets set for brilliance.