They may not be favoured to win ICC Cricket World Cup 2019 title but if the trophy was given to the side having the most fun, the Afghan national cricket team would be serious contenders. 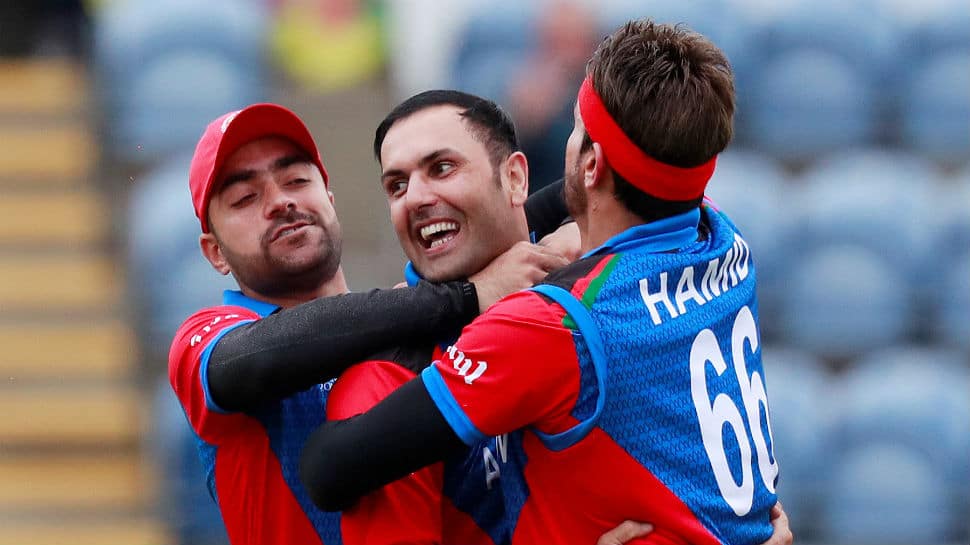 They may not be in any list of teams favoured to win ICC Cricket World Cup 2019 but that can hardly stop Afghanistan players from keeping their spirits absolutely high. The tournament is their big ticket to the big league and the cricketers are doing it all to have a ball - on and off the pitch. A video of several cricketers from the national team grooving to a Bollywood song recently earned them a lot of accolades.

Afghanistan has played two matches in ICC Cricket World Cup 2019 so far and has lost both of them. That, however, has hardly been a deterrent for the team to enjoy the limelight. In a video posted by International Cricket Council's official Twitter account recently, three members of the team are seen dancing to the enchanting beats of a Bollywood number from a Salman Khan movie. Wicketkeeper Mohammad Shehzad takes the spotlight by copying the moves of Salman even as ace spinner Rashid Khan and captain Gulbadin Naib shake a leg and encourage their teammate to take the lead. The three cricketers are all smiles as the song Aaj Ki Party - sung by Mika in the movie Bajrangi Bhaijaan - is played from the background.

If the @cricketworldcup was awarded to the team that has the most fun, @ACBofficials would be clear favourites ???????? #AfghanAtalan #CWC19 pic.twitter.com/2mWm1iZQFO

The spirited performance has been much appreciated by the Twitter community with many complimenting the cricketers for their moves as well as for their jovial spirits.

On the field, the Afghans may have lost both their matches so far but their have been some performances of respect. Against Sri Lanka on Tuesday, the bowlers did mount a challenge with spinner Mohammad Nabi claiming four wickets in a rain-truncated match. Before this, the team managed a rather respectable 207 against five-time champions Australia with a half-century from Najibullah Zadran. These performances have ensured that at the end of Tuesday (June 4), Afghanistan was placed second from the bottom in the points table - above South Africa due to Net Run Rate (NRR).