The opening ceremony of the ICC Cricket World Cup 2019 took place on Wednesday (May 29). 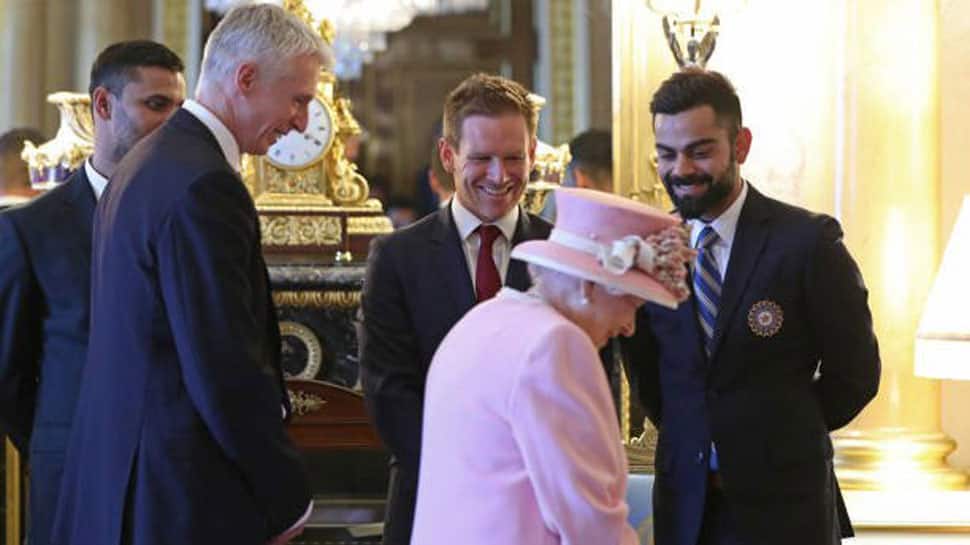 Indian skipper Virat Kohli joined fellow captains of teams participating in the ICC Cricket World Cup 2019 on Wednesday as they met Queen Elizabeth at the Buckingham Palace.  The tournament begins from Thursday.

Kohli is seen smiling alongside England captain Eoin Morgan and Sri Lanka's captain Dimuth Karunaratne during the interaction with Queen Elizabeth in an image tweeted by the Board of Control for Cricket in India (BCCI).

All the captains made it a point to greet Queen Elizabeth as she smiled and wished them luck in the 48-day tournament.

The 10 #CWC19 Captains with the Queen. pic.twitter.com/cT42NfuPCv

The opening ceremony took place on Wednesday and was hosted by former English cricketer Andrew Flintoff and Indian anchor Shibani Dandekar. Each of the 10 captains were introduced with hundreds of fans cheering them on. This was followed by a unique game known as the sixty-second challenge where 2 representatives of all the ten nations gave an indication of their skills in the game of cricket.

Ex- Australian skipper Michael Clarke who helped the nation emerge victorious in the previous edition of the World Cup in 2015 brought the trophy to the stage following the conclusion of the game.

The opening ceremony ended with the ICC World Cup 2019 theme song being played. All eyes now would be on the first match of the tournament scheduled between England and South Africa at the Oval, London. India will play its first match on June 5 against South Africa.