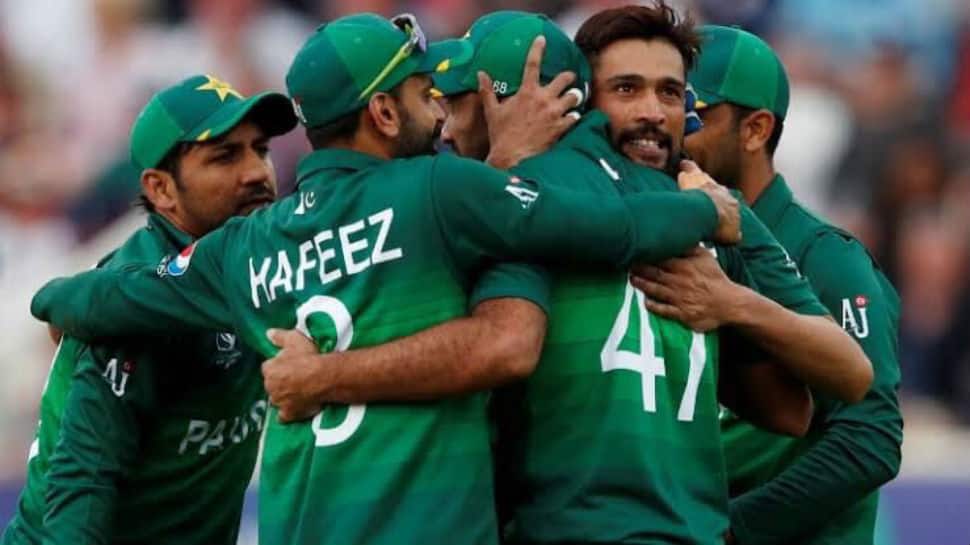 This photo was tweeted by @WahabViki
Share:
Written By:

Pakistan registered a dominating performance against New Zealand in Birmingham on Wednesday. The team's six-wicket triumph in a must-win match was much appreciated by supporters of the side that also includes cricketer-turned-Pakistan PM Imran Khan.

Imran, Pakistan's only World Cup-winning captain, hailed the effort of the national cricket team against a New Zealand team that had thus far been unbeaten in ICC Cricket World Cup 2019. "Congratulations to our cricket team for a great comeback. Congratulations especially go to Babar, Haris and Shaheen for their brilliant performances," he wrote on Twitter.

Congratulations to our cricket team for a great comeback. Congratulations especially go to Babar, Haris and Shaheen for their brilliant performances.

The win ensured that Pakistan remains in the hunt for a berth in the semis. And while the team currently has seven points from as many matches, needs both luck and actual wins to ensure a path ahead in the knockout stages.

Imran, meanwhile, has been keeping a close watch on how the team has been playing. Using Twitter as his favoured communication channel, he had lauded the team's win against England, had advised captain Sarfaraz Ahmed to bat first if he won the toss against India and spoken of mental strength and talent playing key roles in success on the cricket pitch. It is quite clear then that while he may have taken on far more important responsibilities, Imran continues to share a passion for cricket. Some of his critics within Pakistan, however, have questioned his peaking interest in the World Cup at a time when the country is facing enormous economic pressures.

ICC Cricket World Cup: Joe Root says match against India much like a quarter-final for England