The International Cricket Council (ICC) has described Australian batsman Marnus Labuschagne as a 'duplicate' of compatriot and former skipper Steve Smith in the latest post shared on its social media handle. 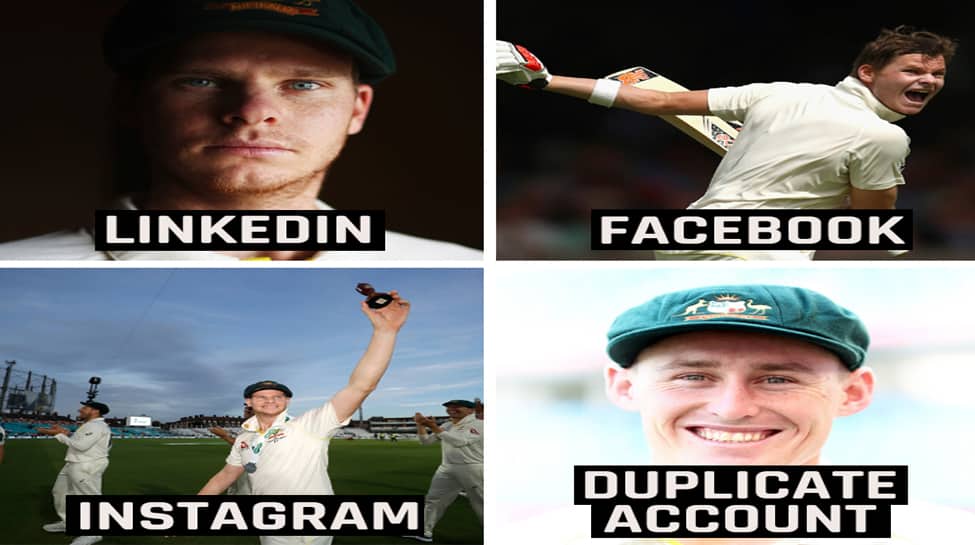 The International Cricket Council (ICC) has described Australian batsman Marnus Labuschagne as a 'duplicate' of compatriot and former skipper Steve Smith in the latest post shared on its social media handle.

A new challenge has made waves throughout the micro-blogging websites where users share a four-photo mosaic of potential profile pictures for different micro-blogging sites.

Giving the challenge a new twist, the ICC took to its official Twitter handle and shared three different photos of  Smith indicating different profile pictures for Linkedin, Facebook and Instagram.  However, the world's cricket governing body replaced the picture of Smith with a duplicate Twitter account and used Labuschagne's photo as a profile picture.

The post came just a few hours after the ICC also shared a four-photo mosaic of Indian all-rounder Cheteshwar Pujara and used his same photo for all the social media platforms.

Notably, Labuschagne came in for Australia's swashbuckling batsman Steve Smith as cricket’s first concussion substitute during last year’s Ashes Test in Lord's. Since then, he had experienced a dream Test run, scoring 1,249 runs in nine matches he played at an astounding average of 83.26.

The impressive performance with the bat also saw him receive maiden call-up in the national ODI squad for the India series . The Australian batsman didn't get a chance to bat in the first ODI against India in Mumbai but he gave a gritty account of himself by scoring a 47-ball 46 in his side's chase of 341 runs in the second ODI in Rajkot and a maiden ODI fifty of 54 runs in the third match in Bengaluru.