The inaugral edition of the League 2, which will see new year four-year qualification for the 2023 World Cup, will take place in Scotland from August 14 to August 21. 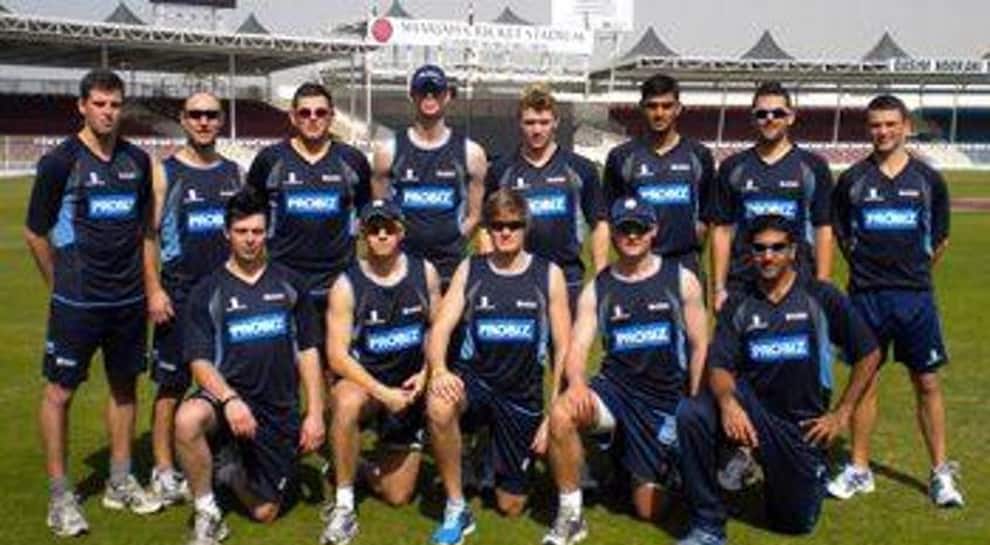 The International Cricket Council (ICC) on Monday officially launched the Men's Cricket World Cup League 2, which is a part of the new four-year qualification for the ICC World Cup 2023.

The inaugral edition of the League 2, which will see new year four-year qualification for the 2023 World Cup, will take place in Scotland from August 14 to August 21.

League 2 provides more competitive cricket for the seven teams namely Namibia, Nepal, Oman, PNG, Scotland, UAE and USA, with each team playing 36 ODIs over two and half years from August 2019 to January 2022.

Scotland, PNG and Oman will play the inaugural series in Mannofield Park which includes four ODIs for each team, worth two points per ODI which will contribute to the Men’s CWC League 2 table.

After the 21 tri-series have been completed the three top teams with will confirm their place in the ICC Men’s Cricket World Cup Qualifier 2022.

Oman Coach, Duleep Mendis said, “As a cricketer who participated in four Cricket World Cups and captaining in the last one, it is heartening to see Associate Members having a FTP till 2022. This is a fantastic opportunity for teams to participate in the ICC Men’s Cricket World Cup 2023 and I would like to congratulate the ICC for this initiative.”

Emirates Cricket Board Member and spokesperson, Zayed Abbas said, "We thank the ICC for the number of matches lined up for UAE Cricket during Men’s Cricket World League 2. Our ultimate goal is to be part of the ICC Men’s Cricket World Cup in 2023. We hope we can make this a reality.”

“League 2 is full of teams that have played at the highest level of Associate cricket and the U.S. Men’s National Team and our staff are excited for the opportunity to play 36 ODIs over the next 2 years against the top Associates in global cricket.”

PNG Chief Executive, Greg Campbell said, “Cricket PNG is really excited about the new format and new competition structure.  It has been a tough 12 months since Zimbabwe and after the close competition in Namibia we are looking forward to the 36 ODI’s over the next 2.5 years starting with the tours in Scotland and USA.”

Namibia National Head Coach, Pierre de Bruyn said, “Cricket Namibia is very excited to start the CWC League 2 in September against PNG and hosts USA. The Eagles secured ODI Status by winning the Division 2 Qualifier in Windhoek in April 2019. It is going to be a very competitive ODI League over the next couple of years leading up to the CWC 2023. The Eagles have been working very hard at training and wishing them all the best.”

ICC Head of Events, Chris Tetley is excited by the prospect of four years of competitive men’s 50 over cricket.

“The ICC Men’s Cricket World Cup provided us with great entertainment and competitive cricket, I am delighted to see the start of the qualification process to India 2023. The new structure has given meaningful context to bilateral cricket for the Men’s Cricket World Super League, but also more competitive opportunities to Associate Members.

“Men’s CWC League 2 gives the seven competing teams, 36 One Day Internationals across two and half years and providing a real cricket calendar for Associate Members. The Challenge Leagues A and B will provide the opportunity for Associate teams ranked 21-36 to continue to play competitive cricket and give teams the opportunity to climb the ladder. It will be an exciting four years of cricket in the lead up to the next ICC Men’s Cricket World Cup.”