England lead the table with 126 points while India have reached 122 in the updated rankings released on Sunday. 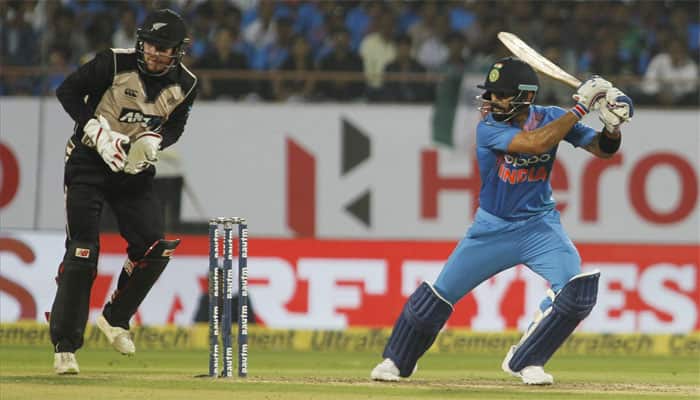 India have consolidated their second spot while New Zealand have slipped to fourth place in the latest International Cricket Council (ICC) ODI Team Rankings after the five-match series between the two sides ended in favour of the Men in Blue.

The Black Caps have slipped behind South Africa to fourth place in the ICC ODI Team Rankings after their 35-run defeat at the hands of India in Wellington saw them slump to a 1-4 defeat in the five-match series.

New Zealand are now standing on 111 points, the same as South Africa but behind on decimal points, even as second-placed India have gained one point to bridge the gap with ICC Cricket World Cup 2019 hosts England.

England lead the table with 126 points while India have reached 122 in the updated rankings released on Sunday.

India and New Zealand would have remained on their pre-series tally of 121 and 113 points, respectively, had the home side pulled off a victory in the last match in Wellington on Sunday for a 3-2 series result.

Pakistan, who lost a close series to South Africa 3-2 last week, are standing on the fifth position with 102 points while World champions Australia are in sixth place with 100 points.