Sodhi finished with impressive figures of three for 30 during his side's 35-run victory over Sri Lanka in the lone T20I match in Auckland to climb up two places to the fourth spot in the updated ICC rankings. 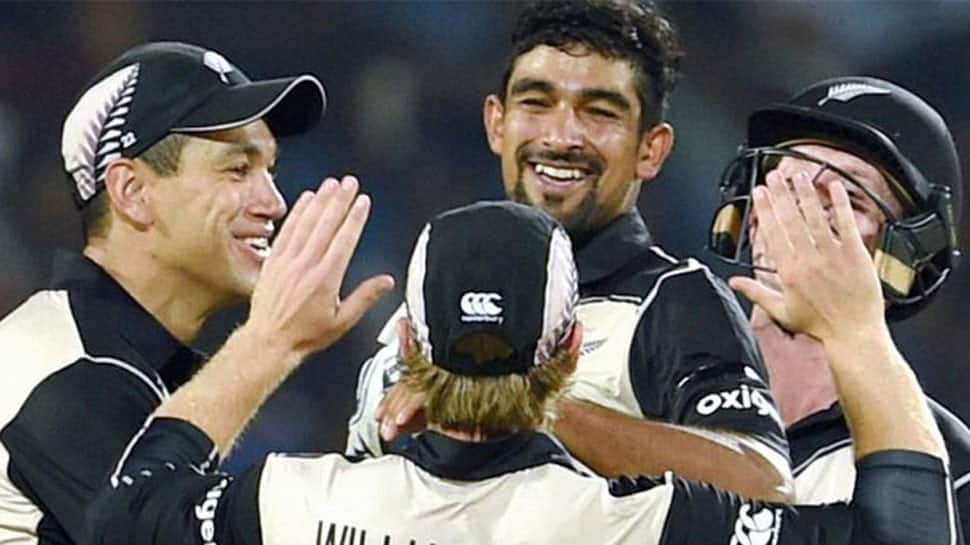 The 26-year-old finished with impressive figures of three for 30 during his side's 35-run victory over Sri Lanka in the lone T20I match in Auckland to climb up two places to the fourth spot in the updated ICC rankings.

Meanwhile, Sodhi's team-mate Lockie Ferguson also made a notable improvement in the rankings, making a jump of sharp 37 places to No. 154 after he too grabbed a three-wicket haul in the same match, the ICC reported.

For Sri Lanka, skipper Lasith Malinga's figures of two for 24 saw him climb up 10 places to 53rd position while Kasun Rajitha moved up by 21 places to 167th spot in the latest T20I rankings for bowlers.

Meanwhile, Thisara Perera made significant gains in both the batting and all-rounder lists after contributing notable  43 runs during the lone match. He has made an eight-place boost to No.31 on the batting table, while he vaulted to No.5 in the all-rounder's list after also bagging a wicket in the game.

New Zealand's Doug Bracewell, who made a key contribution with the bat by notching up his career-best 41 runs, rose 31 places to No. 175 in the batsmen list while he also made a 40-place jump to No.89 in the bowling charts after taking the wicket of Niroshan Dickwella.

Colin Munro continued to remain the Black Caps' highest-ranked batsman as he retained his second spot behind leader Babar Azam of Pakistan.