JP Duminy, Dickwella, Malinga and Udana are among others to gain in rankings update after the series between South Africa and Sri Lanka. 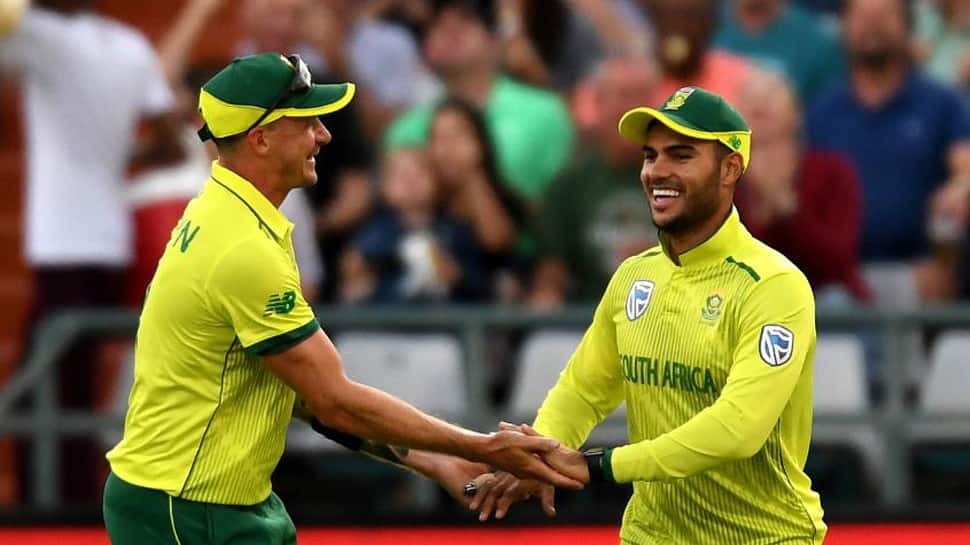 JP Duminy, Dickwella, Malinga and Udana are among others to gain in rankings update after the series between South Africa and Sri Lanka.

Jean-Paul Duminy’s 76 runs in the series have taken him from 39th to 32nd and Rassie van der Dussen’s 98 runs have helped him move up from 74th to 41st among batsmen, while Chris Morris (up two places to 18th) and Tabraiz Shamsi (up 41 places to 35th) are the notable gainers in the list for bowlers.

For Sri Lanka, Niroshan Dickwela has gained 19 slots to reach 78th position among batsmen and Lasith Malinga has moved up by 11 places to 42nd among bowlers. Isuru Udana has advanced in both lists, moving up 106 slots to 144th among batsmen after scoring 132 runs in the series, including an 84 not out in the second match, and up 12 places to 51st among bowlers.

There has been no change in the ICC Men’s T20I Team Rankings with South Africa and Sri Lanka remaining on fifth and ninth positions, respectively. South Africa have gained two points and closed in on Australia, while Sri Lanka have lost two points.