Williamson, who missed the second Test against England at Edgbaston due to injury after scoring 13 runs in the drawn first Test at Lord's, has slipped five points behind Smith's 891 rating points and is second in the batters' list. 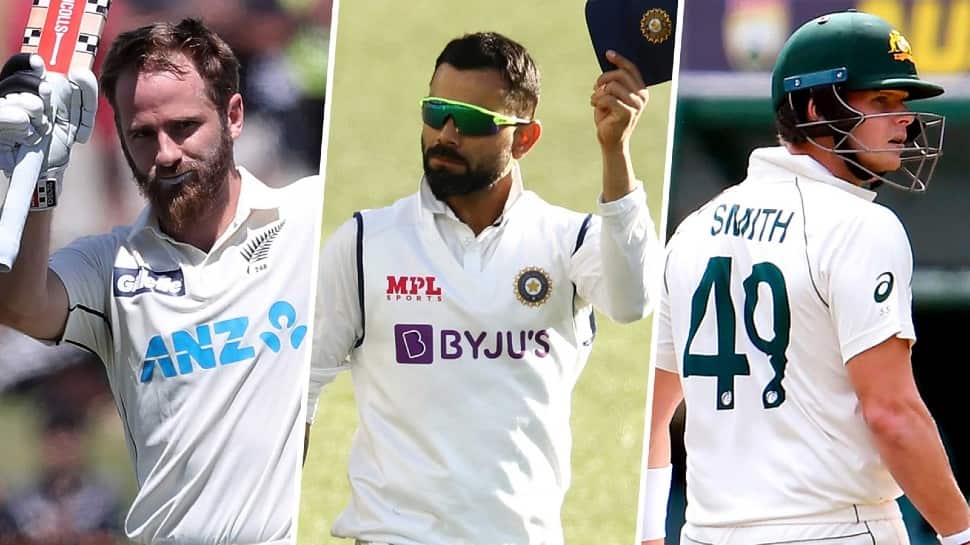 Australia batsman Steve Smith on Wednesday reclaimed the number one position in the ICC Men's Test Player Rankings for the first time since the Boxing Day Test last year.

He takes over from New Zealand captain Kane Williamson, who is set to lead his team in the ICC World Test Championship final against India at the Hampshire Bowl in Southampton from Friday.

Williamson, who missed the second Test against England at Edgbaston due to injury after scoring 13 runs in the drawn first Test at Lord's, has slipped five points behind Smith's 891 rating points and is second in the batters' list.

This means that Smith has been at the top for 167 Tests played worldwide in total, only behind Garry Sobers (189 matches) and Viv Richards (179 matches).

Notably, the rankings also witnessed a change for India skipper Virat Kohli who moved from 5th position to 4th in the chart. Kohli has as many as 6 Test matches to come -- one against New Zealand in the WTC final and 5 against England -- and he would be determined to further improve his position in the ICC Test rankings.

Matt Henry's player of the match performance (three wickets in each innings) against England has lifted him to a career-best 307 points and 64th position in the ICC Test bowlers’ rankings, while Ajaz Patel is at a career-high points tally of 323.

The latest men's weekly update, which also includes performances from the first Test between South Africa and the West Indies in St Lucia, sees Quinton de Kock in joint-12th position with Cheteshwar Pujara while his compatriot Adrian Markram has advanced two slots to reach 14th position.

De Kock, who was named player of the match for scoring an unbeaten 141 that helped his team win by an innings and 63 runs, has gained 11 positions to attain his highest position since December 2019.

South Africa's pace bowlers too have made rapid strides after the huge win.

Formerly top-ranked Kagiso Rabada has gained two spots to reach the seventh place after a five-wicket haul in the second innings, Anrich Nortje is up into the top 30 for the first time in his career finishing with seven wickets in the match, while Lungi Ngidi is up 14 places to 44th position with a first-innings five-wicket haul.