India are placed in Group A alongside Japan, New Zealand and Sri Lanka. 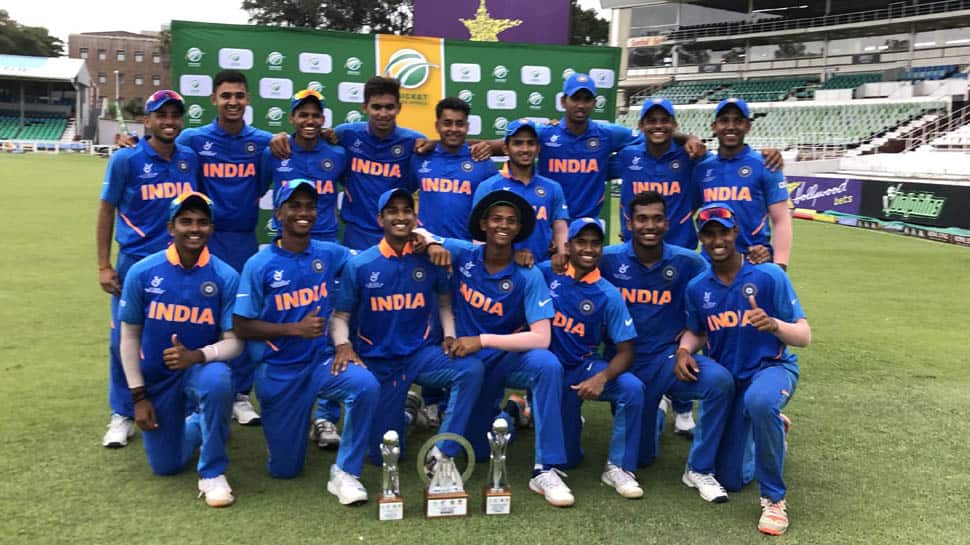 Four-time champion India will look to begin their defence of the International Cricket Council (ICC) Under-19 World Cup title on a winning note when they take on Sri Lanka in the opening match of the 2020 edition of the showpiece event at Mangaung Oval, Bloemfontein on Sunday.

India are placed in Group A alongside Japan, New Zealand and Sri Lanka.

While Priyam Garg will lead the 15-member Indian men's Under-19 squad in the World Cup, wicketkeeper-batsman Dhruv Chand Jurel will serve as his deputy in the marquee event.

Heading into the tournament, India will look to continue their dominance in the World Cup. The side is coming on the back of their Asia Cup victory in September and a win in the Quadrangular U19 series with New Zealand, South Africa and Zimbabwe.

On Friday, the 13th edition of the tournament got underway with a bang with Afghanistan clinching a crushing seven-wicket win over South Africa in the opener at Diamond Oval, Kimberley.

Let us have a look at the complete schedule of India matches and squad for the series:

The India U-19 matches of the ICC U-19 World Cup will be telecast on Star Sports Network, while the live streaming of the matches will be available on Star’s streaming application Hotstar.