ICC World Cup 2019: A look at the numbers behind success of top four – India, England, Australia and New Zealand

The journey of these teams to the semi finals witnessed impeccable teamwork as well as outstanding individual performances. 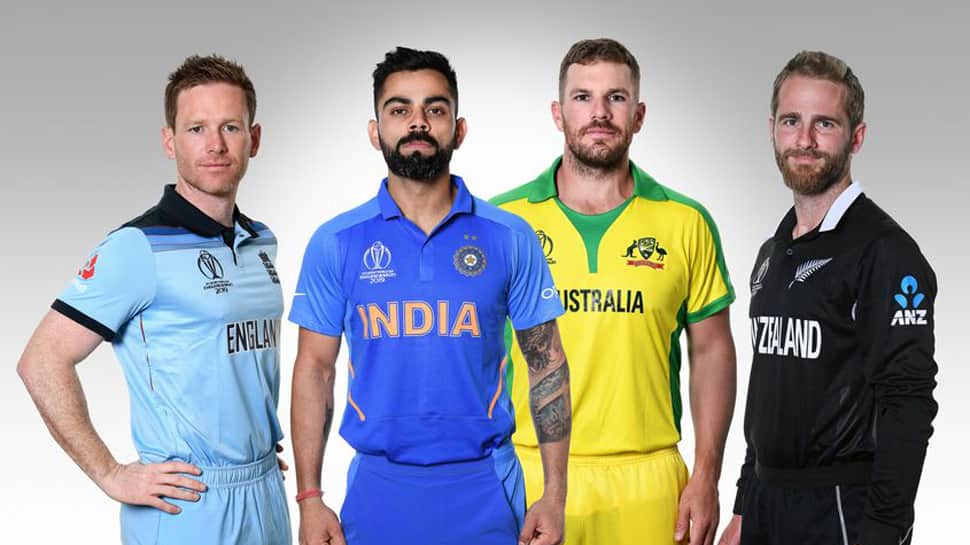 The stage is set for the semi finals of the ICC World Cup 2019 and after the rigorous and competitive group stage matches, the teams that made it to the final fours are – India, England, Australia and New Zealand. The journey of these teams to the semi finals witnessed impeccable teamwork as well as outstanding individual performances.

In a media release, the International Cricket Council (ICC) did an analysis of the journey of the top four throughout the cricketing extravaganza, on the basis of numbers highlighting their strength and weaknesses. Here’s a look at the analysis:

One of the key aspects of India’s performance has so far has been the performance by openers, especially Rohit Sharma, who has scripted history by hitting five centuries in the tournament so far. A solid foundation laid by the likes of Sharma enabled others like skipper Virat Kohli to come in and hit the ball in all directions without additional pressure.

In the first 10 overs, India lost only four wickets in the entire tournament, exhibiting the consistency with which the openers batted. The injury of Shikhar Dhawan also did not dent the opening performance of the men in blue. Indian wickets have cost 93 runs on an average.

Another department where team India excelled is bowling. Led by pacer Jasprit Bumrah, India’s bowling attack has been formidable. If the performance of Indian pacers is taken into consideration, the team has the best bowling average, with 51 wickets at 23.50.

However, the batsmen failed to score quickly in the death overs. According to ICC, since 2015 world cup, none of the teams’ tail-enders – taken as numbers eight to 11 – have scored slower than India, whose collective run-rate stands at 4.71 an over.

Right from the world go, England have performed well in all departments of the game. The team’s batting in powerplays have been exceptionally good. They averaged 54.22 for the first wicket in the group stage but crucially scored at 5.43 runs an over.

Apart from openers, other English batsmen have also particularly followed up when it comes to hitting boundaries. Their tailenders have scored at a higher run rate than any other team – 6.19 runs per over.

The Australian batting lineup is also set for a rejig against England because of the injury of Usman Khawaja.

Australia is also backing in all-rounder Glenn Maxwell, who struck at 195.54 in the first 15 balls of his innings in the group stage.

Unlike the other contenders, New Zealand has faltered when it comes the openers. The Black Caps lost 13 wickets in the powerplay at just 23.38 each. This is by far the worst performance in the tournament. Rather than teamwork, New Zealand has been banking on Kane Williamson, who has scored 481 runs in the tournament so far. Williamson’s score forms 28.73% of the team’s total haul.

However, the bowlers in the side have been very economical. Between 11 and 40 overs, the bowlers have conceded just 4.74 runs per over on an average.

Spinners have, however, failed to perform at par with their counterparts so far. Though Mitchell Santner did well against Pakistan, the spinners have by and large been inconsistent, claiming just seven wickets in the group stage matches.