West Indies registered their second win in the ICC Cricket World Cup 2019 after defeating Afghanistan by 23 runs in match 42 of the tournament at Headingley, Leeds on Thursday. 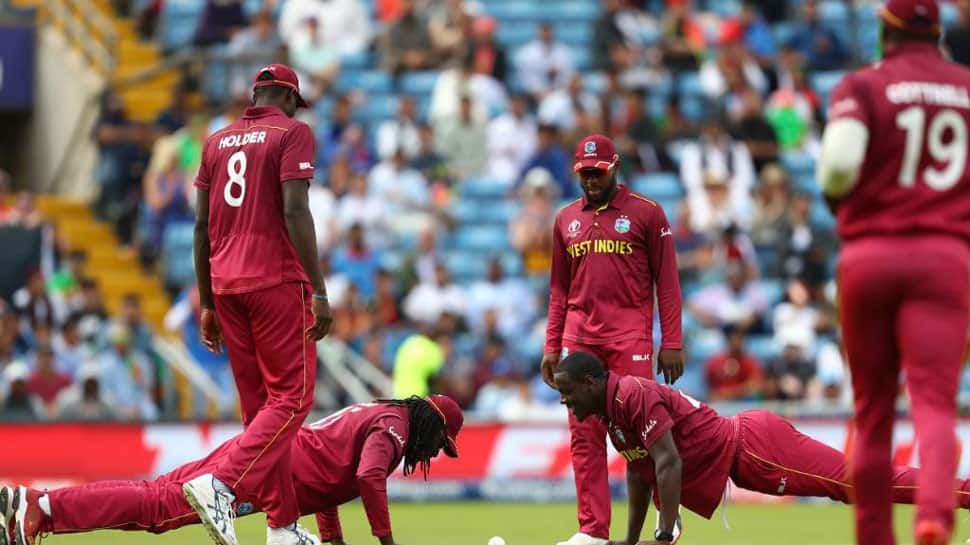 West Indies registered their second win in the ICC Cricket World Cup 2019 after defeating Afghanistan by 23 runs in match 42 of the tournament at Headingley, Leeds on Thursday.

Both the sides are out of contention for the spot in the semi-finals making their final league fixture in the tournament nothing short of a battle for pride.

West Indies skipper Jason Holder won the toss and opted to bat. The outfit set a target of 312 runs for Afghanistan on the back of a 92-ball 77 by wicketkeeper-batsman Shai Hope and half-centuries by Nicholas Pooran, Shai Hope.

Dawlat Zadran was the highest wicket-taker for Afghanistan accounting for two wickets.

In reply, Afghanistan lost opener Gulbadin Naib for 5, before Rahmat Shah and Ikram Ali Khil stitched a partnership of 133 runs. This put the West Indies under considerable pressure before Chris Gayle played a vital role in the dismissals of the duo.

Gayle completed the catch off Carlos Braithwaite which dismissed Rahmat Shah, before Ikram Ali Khil was adjudged leg-before-wicket for 86 runs off 93 deliveries off a delivery by the veteran. This put pressure on the Afghanistan batting resulting in the cheap dismissals of Najibullah Zadran and Mohammad Nabi.

The remaining batsmen barring Asghar Afghan and Sayed Shirzad failed to reach double figures with Afghanistan bowled out for 288 in 50 overs.

# West Indies registered their second win in the ODI format against Afghanistan.

# Afghanistan recorded their ninth consecutive defeat in the ICC Cricket World Cup 2019, which is the most by any side in a single edition of the World Cup.

# Shai Hope has now scored 465 runs in his last 11 ODI innings with the help of five half-centuries.

# Hope registered the highest individual score by a West Indies batsman against Afghanistan so far.

# Afghanistan skipper Gulbadin Naib finished the tournament having not won a single referral as a fielding captain in the ICC Cricket World Cup 2019.

# Afghanistan posted their highest total in the ODI format of the game while batting second after being bowled out for 288 against West Indies.