After their first two games, Kane Williamson`s side are at the top of the standings over Australia on net run rate after achieving two contrasting victories. 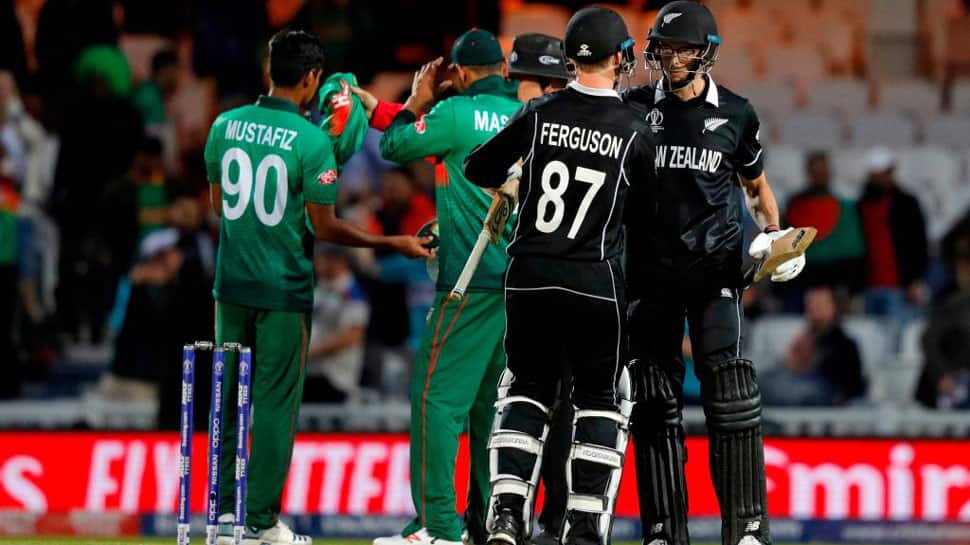 New Zealand should face a less "daunting" task against Afghanistan in their third match of the Cricket World Cup in Taunton on Saturday, according to former captain Daniel Vettori.

After their first two games, Kane Williamson`s side are at the top of the standings over Australia on net run rate after achieving two contrasting victories.

They cruised to a 10-wicket win over Sri Lanka in their opening game, then lurched to a two-wicket victory against Bangladesh on Wednesday at The Oval in London.

Vettori, who was considered one of the finest exponents of left-arm spin in the world before he retired from internationals after the 2015 Cricket World Cup final, said the Bangladesh match was a classic but his former teammates should not be under as much pressure on Saturday.

"The result looked pretty comfortable at one stage but Bangladesh, to their credit, fought back really well and it made for an intriguing contest, one of the games of the... Cricket World Cup so far," Vettori wrote in a column on the official tournament website.

"It was nice to have an old-school game of one-day cricket."

"Next up is Afghanistan and that game is not quite as daunting. It`s still a big one but New Zealand have had a good start to the tournament."

Gulbadin Naib`s side enter the match on Saturday having received a seven-wicket thrashing at the hands of Australia in Bristol before they were bowled out for 152 inside 33 overs chasing a victory target of 202 against Sri Lanka in Cardiff.

While seeking a third successive victory was the ultimate goal for Saturday, Vettori added that he thought facing Afghanistan for only the second time in a one-day international would also be motivating for the Black Caps.

"It's a big challenge but the Black Caps will prepare well especially for the likes of (leg-spinner) Rashid Khan who many of the team won`t have faced before," said the 40-year-old, who took 4-18 in the six-wicket win against Afghanistan at the 2015 tournament.

"But that is what a World Cup is all about, trying new challenges and playing against top teams, so it`s a game that both teams can really look forward to."