Australia will take a final call on injured all-rounder Marcus Stoinis' fate in the World Cup ahead of their next week's match against Bangladesh. 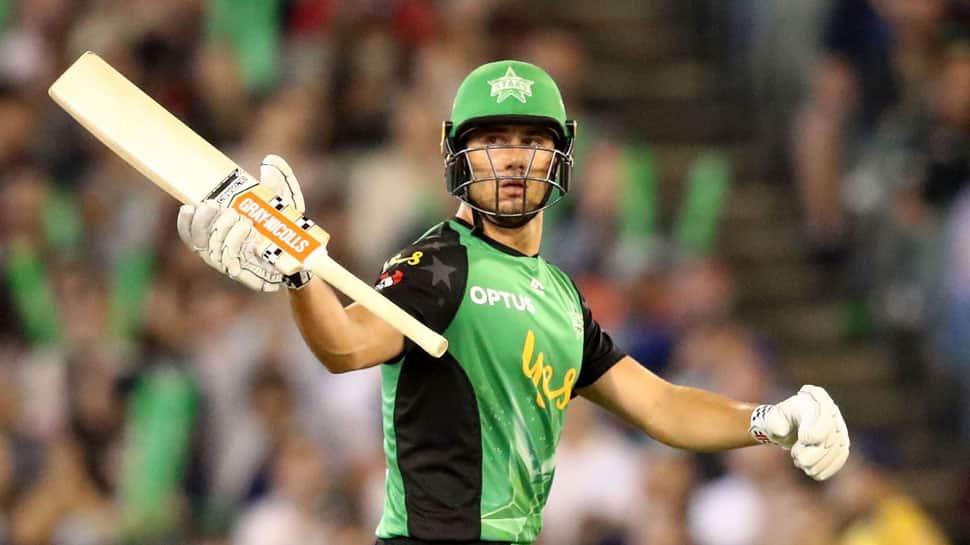 London: Australia will take a final call on injured all-rounder Marcus Stoinis' fate in the World Cup ahead of their next week's match against Bangladesh.

Stoinis, who has suffered a side strain that is preventing him from bowling, will be travelling with the Australian squad to Nottingham -- the venue for their next match -- and the final decision on whether he would remain in the World Cup would be taken there.

Skipper Aaron Finch said Mitchell Marsh, who is on standby and has started training, would be ready if he is included into the official squad.

"Yeah, that's why he's here ... But as a bit of a precaution more than anything, if Stoinis doesn't recover well enough over the next couple of days," Finch was quoted as saying by Sydney Morning Herald.

"There is confidence that Mitch will come in and do well if selected if Stoinis doesn't recover properly," he added.

Finch admitted that injury to an all-rounder upsets the balance of a side.

"Yeah, it's tough when guys, especially all-rounders who balance out your side really well and give you that extra fast-bowling option, as well as a top six batter, (are out). So it's a little bit difficult trying to decide whether you go the extra batter or the extra bowler, depending on conditions," Finch said.

"So I think it does make it a little bit tougher, a bit more of a challenge, no doubt. But we also did plan for that, if it did happen throughout the tournament. So it wasn't a total surprise. Obviously, it's not ideal, but it's not a surprise to us because we had already thought about things like that. But just game to game, it totally changes depending on the conditions," he added.