David Warner registered a score in excess of 150 for the sixth time in ODI cricket. 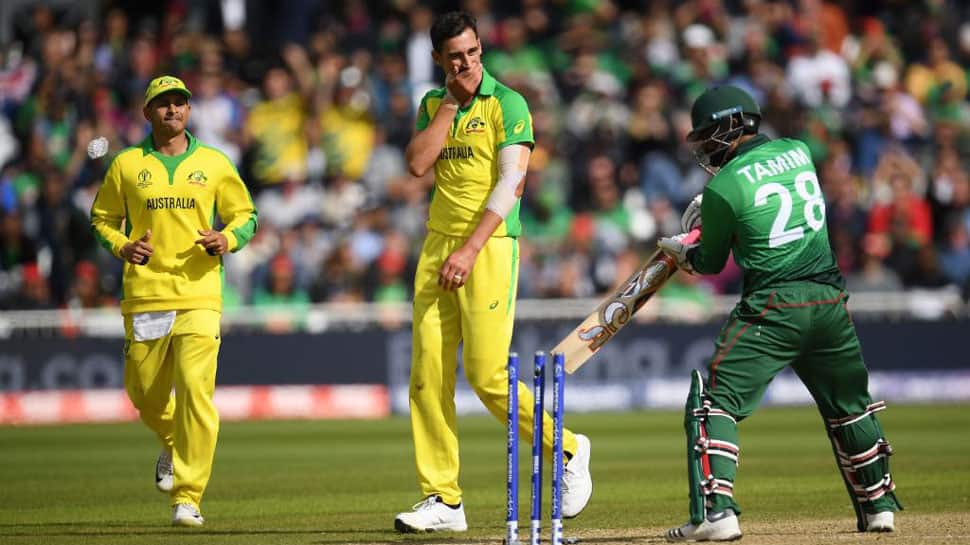 Australia continue to maintain their winning streak in the ICC Cricket World Cup 2019 following a win against Bangladesh by a margin of 48 runs on Thursday. The Aussies had recorded wins by a margin of 41 runs and 87 runs respectively against Pakistan and Sri Lanka after their unbeaten streak was snapped following a defeat against India.

The Aussies posted a total of 381 runs for the loss of five wickets in 50 overs. Opener David Warner was the highest run-scorer with 166 runs off 147 deliveries in an innings comprising of 14 boundaries and five sixes.

Finch and Usman Khawaja provided quality support scoring half-centuries which was further backed by a quick-fire 32 by Glenn Maxwell.

However, the duo soon departed followed by the cheap dismissal of Liton Das. A late partnership between Mahmudullah who scored an unbeaten century and Mushfiqur Rahim (69) resulted in Bangladesh finishing with a total of 333 runs at the end of their 50 overs.

2) Australia vs Bangladesh turned out to be the highest scoring world cup match, with both the team hitting a total of 714.

3) David Warner has registered the highest score of the ICC Cricket World Cup 2019 of 166, after scoring his 16th ODI ton against Bangladesh.

4) Warner registered a score in excess of 150 for the sixth time in ODI cricket. He also became the first batsman to register two 150-plus knocks in ICC ODI World Cups.