Australia recorded victory by 41 runs against Pakistan in match 17 of the ICC World Cup 2019 at 'The Cooper Associates County Ground', Taunton on Wednesday. 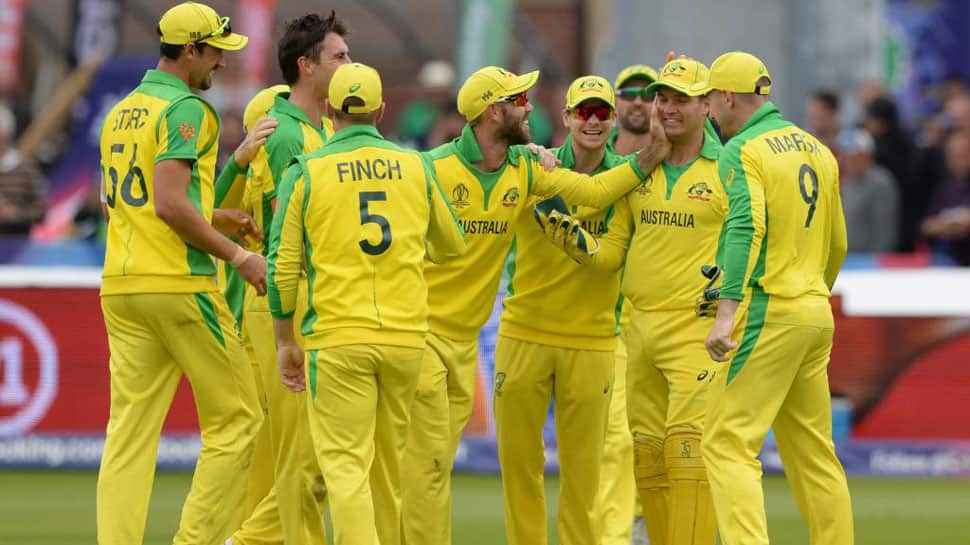 Australia recorded victory by 41 runs against Pakistan in match 17 of the ICC World Cup 2019 at 'The Cooper Associates County Ground', Taunton on Wednesday.

The Aussies had suffered defeat by a margin of 36 runs against India in their previous clash of the tournament.

Pakistan's last game against Sri Lanka, on the other hand, had been washed out. They had recorded victory by a margin of 14 runs against England in the clash before that.

Pace-bowler Mohammed Amir was the pick of the bowlers for Pakistan, accounting for five wickets while conceding 30 runs. Fellow speedster Shaheen Afridi was the second highest wicket-taker picking two wickets.

Australia were bowled out for 307 runs in 49 overs.

Pakistan, on the other hand, had their moments but failed to get across the finishing line. Opener Imam-Ul Haq was the highest run-scorer with 53 runs off 75 deliveries.

Imam-ul-Haq stitched partnerships with Mohammed Hafeez and Babar Azam to lead Pakistan to a strong position at 136/2. However, Australia picked a few quick wickets at this stage to make a comeback in the clash.

Pakistan tail-enders Hassan Ali and Wahab Riaz attempted to seal an unlikely win, scoring 32 and 45 respectively off 15 and 39 deliveries. However, the Australian bowling attack dismissed the duo during the closing stages, sealing victory by a margin of 41 runs.

# Mohammad Amir is now the leading wicket-taker in the ICC Cricket World Cup 2019 with ten wickets.

# Amir further completed his first five-wicket haul in ODI cricket, with his previous best figures in ODI cricket of 4/28 against Sri Lanka back in 2009.

# David Warner has recorded his highest international score in England, after his knock of 107 against Pakistan.