Mitchell Starc has now equalled Glenn McGrath's tally of 26 wickets which is the highest number of wickets picked by a bowler in a single World Cup. 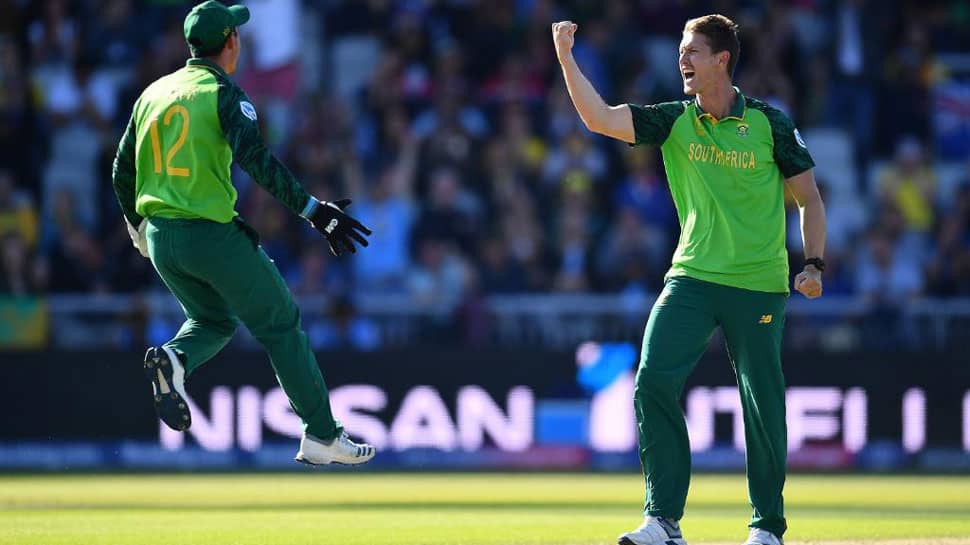 South Africa defeated Australia by 10 runs in match 45 of the ICC Cricket World Cup 2019 at Old Trafford, Manchester on Saturday. The win resulted in the Proteas finishing their campaign on a victorious note despite failing to make it to the semi-finals of the tournament.

South Africa's win also saw India finish the tournament on top of the league standings, setting them up for a clash against New Zealand in the semi-finals.

Team South Africa skipper Faf du Plessis won the toss and opted to bat. The Proteas posted a total of 325 runs for the loss of six wickets in 50 overs, on the back of a century by Du Plessis with Rassie Van der Dussen scoring 95.

In reply, opener David Warner was the highest run-scorer scoring 122 runs off 117 deliveries as the South African bowling attack led by Kagiso Rabada made it's presence felt. Skipper Aaron Finch was dismissed for 3 with other key batsmen like Steve Smith and Glenn Maxwell dismissed cheaply as well.

There were injury concerns at the same time as Usman Khawaja was forced to walk off the field following a hamstring strain.

A late 108-run partnership between Warner and Alex Carey (85) helped Australia get back in the clash. However, the dismissal of the former resulted in the tie tilting in South Africa's favour yet again.

Carey attempted to battle it out singlehandedly alongside the lower-order batsman but failed to get his side across the line. Australia were eventually bowled out for 315 runs 49.5 overs.

# JP Duminy and Imran Tahir featured in their final ODI clashes, with the duo set to retire from the format following the clash against Australia.

# Mitchell Starc has now equalled Glenn McGrath's tally of 26 wickets which is the highest number of wickets picked by a bowler in a single World Cup.

# David Warner is now the man with the third highest number of centuries in ODI cricket for Australia.