Here are the statistical highlights of Australia vs West Indies match in the ongoing ICC Cricket World Cup 2019. 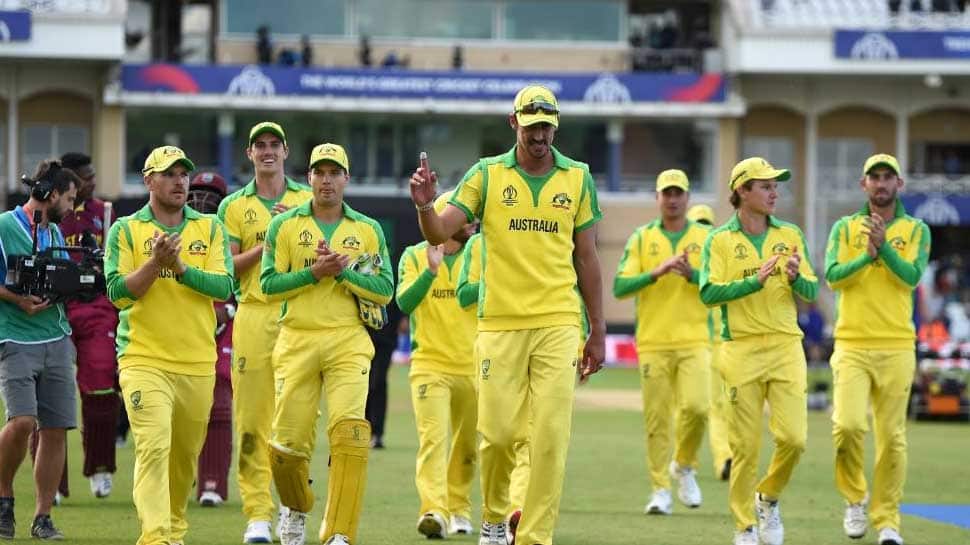 Nottingham: Australia emerged victorious by a margin of 15 runs against the West Indies in the tenth match of the ICC Cricket World Cup 2019 at the Trent Bridge, Nottingham on Thursday.

West Indies skipper Jason Holder won the toss and opted to field. Australia failed to record a strong start to their innings, losing four wickets within the first powerplay.

However, they were able to post a competitive total of 288 following a 103-ball 73 by Steve Smith and 60-ball 92 by Nathan Coulter-Nile.

Shai Hope was the highest run-scorer for the West Indies who failed to get across the line despite being in the hunt. Australian pace bowler Mitchell Starc made his presence felt with a five-wicket haul with fellow pacer Pat Cummins accounting for two wickets as well.

# Australian pacer Mitchell Starc has become the fastest cricketer to pick 150 wickets in ODI cricket, having recorded the tally in 77 matches.

# Nathan Coulter-Nile scored his maiden half-century in ODIs. The Australian further recorded the highest score by a batsman at the No 8 position in World Cup history, following his 92 off 60 deliveries.