Fresh off their 95-run thrashing of New Zealand in the warm-up, West Indies came to the party in emphatic style. 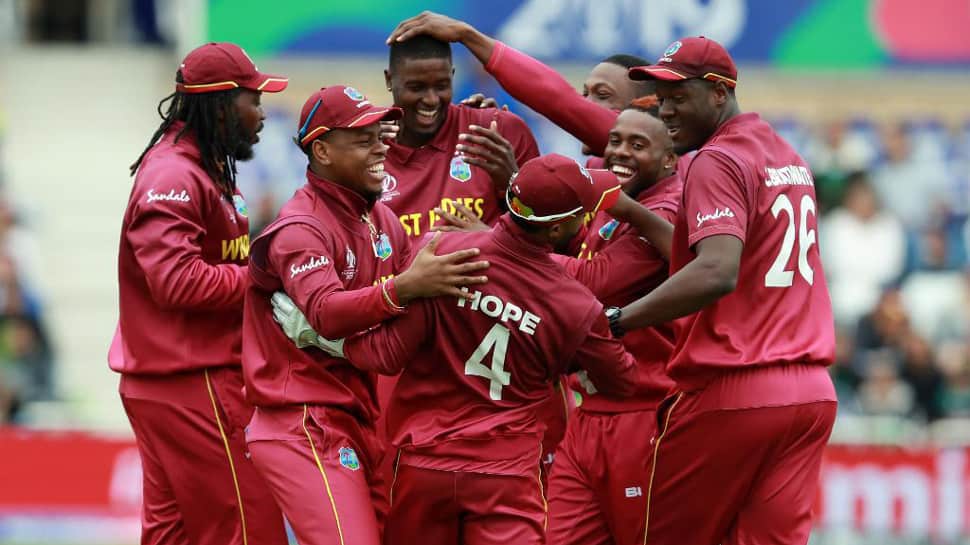 For all the talks regarding this World Cup being a high-scoring one, West Indiesshowed the art of rolling over oppositions for a low total is still very much alive. Their pace battery came to the fore, and what better occasion than the first match of the World Cup 2019 to fashion an emphatic win over Pakistan by seven wickets at Trent Bridge on Friday.

Fresh off their 95-run thrashing of New Zealand in the warm-up, West Indies came to the party in emphatic style. On a surface where the average first-innings score touches 300, Pakistan batsmen were bulldozed by West Indies to be bounced out for 105. Defending a low total, Mohammad Amir gave Pakistan hope with a three-wicket burst, but it turned to gloom with Chris Gayle‘s fifty leading the West Indian charge.

Pakistan’s highest partnership was between Fakhar Zaman and Babar Azam for the second wicket. Once they went, the wheels came off. Pakistan’s final seven wickets went down for 41 runs, with Wahab Riaz’ cameo rescuing Pakistan from the embarrassment of a double-digit total. Young quick Oshane Thomas finished with 4/21, backed splendidly by the fit and fiery Andre Russell, and Jason Holder, who overcame a horrible start of 20 from first two overs to finish with 3/23. The trio subjected Pakistan to a barrage of short-pitch bowling to which the batsmen simply succumbed.

Gayle was in hurry, declaring his intentions in the first over itself with a couple of streaky boundaries behind the wicketkeeper, followed by consecutive sixes in Hasan Ali’s next over. With hardly any movement, Gayle and Shai Hope looked at ease, but after a whip through extra cover for a boundary, West Indies’ leading run-scorer in the last six months top edged to Mohammad Hafeez.

Amir responded with another venomous delivery, one that pitched and took off before kissing the edge of Darren Bravo’s bat to first slip. It capped off yet another poor outing for Bravo, whose last 10 innings have now combined for 169 runs with one half-century.

Gayle wasn’t to be kept quiet though. He continued his brutal treatment of Ali before tucking in to Wahab for two fours and a six off the left-arm pacer’s second over. But all the cuts and pulls began to take a toll on Gayle’s troubled back, even as he held it with his left hand and limped towards a 33-ball half-century. Trying to break free, Gayle gave himself room and perished after top edging Amir for his third wicket. With a little over 20 needed, Nicholas Pooran brought out the big shots. He remained unbeaten on 34 off 19 with four boundaries and two sixes, the last of which was the winning stroke.

With the extended batting session Pakistan underwent on Thursday, the eventual response was a far cry from it. Fakhar and Imam Ul Haq started positively, cracking a couple of crisp boundaries before Imam was taken down leg by Hope. Fakhar’s dismissal, off Russell, was where things really turned. The West Indies allrounder began with two length deliveries, and two bouncers in his first over, the first of which Fakhar played on, clearly beaten for pace.

From there, the West Indies quicks bullishly made their presence felt. Russell’s next strike arrived 11 balls later and he finished with 2 for 4 in three overs, which included a maiden. Babar, especially the way he started with a boundary off the first ball, gave Pakistan hope, but despite getting a lifeline in 12, could only add 10 more before Thomas removed him. Sarfraz began with a boundary towards fine-leg, before the same shot led to his dismissal as he feathered Holder to Hope with West Indies hitting the mark for a correct review.

From there, the Thomas-Holder show took over. From 62 for 3, Pakistan slumped to 83 for 9 as the legendary Waqar Younis watched in dismay from the press box. With Hafeez batting, Pakistan’s lower needed to work around him, but a string of brain fades that unfolded, denied them the support. Imad Wasim caught an awkward bouncer on his glove for Gayle to take the catch, his 120th in ODIs, making him the player with the maximum catches for West Indies.

Pakistan were in danger of not even lasting an entire T20 innings when Wahab clubbed a couple of sixes and a boundary, but it still wasn’t to prevent Pakistan from registering their second-lowest World Cup total. The game lasted a total of less than three hours, including a half-an-hour innings interval.