Ninth-ranked Sri Lanka, who have been in dreadful form off-late, will look to make a decent finish when they head into the International Cricket Council (ICC) World Cup, which is slated to take place from May 30 to July 14. 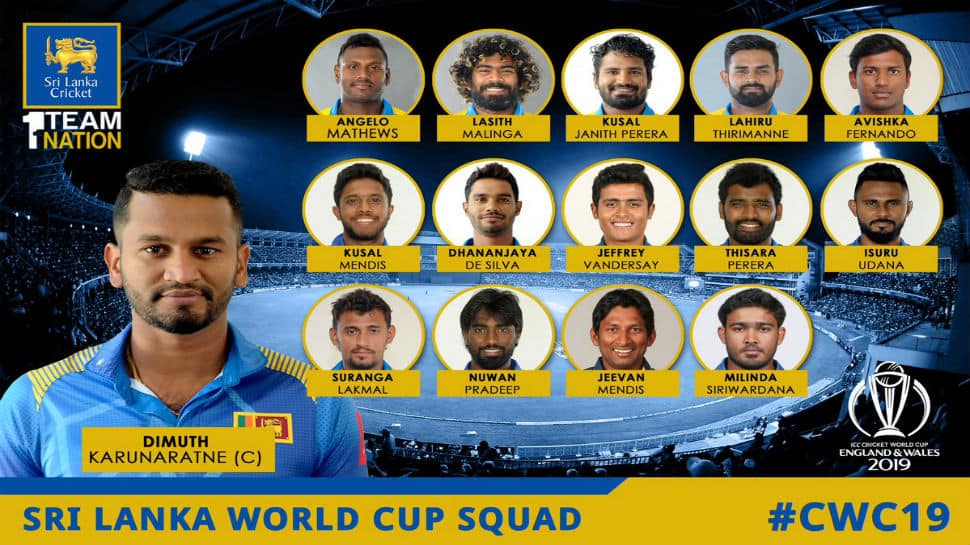 Ninth-ranked Sri Lanka, who have been in dreadful form off-late, will look to make a decent finish when they head into the International Cricket Council (ICC) World Cup, which is slated to take place from May 30 to July 14.

Sri Lanka will head into the mega event on the back of their crushing defeat at the hands of Afghanistan and Bangladesh in the first group stage of last year’s Asia Cup and subsequent 11 defeats out of 12 ODIs they played afterwards.

Coming to the World Cup, the island nation has been quite successful in the mega event having picked up the title in 1996 by defeating Australia. In 2003, Sri Lanka made it to the semi-finals besides also finishing as the runners-up in 2009 and 2011.

As far as squad is concerned, Milinda Siriwardana and Jeffrey Vandersay--who have not appeared in an ODI since 2017-- have been called into the 15-member team for the quadrennial event.

While Dimuth Karunaratne has been named as the captain of the Sri Lanka squad for the World Cup, they have not named the vice-captain saying it will vary from match-to-match.

On Friday, Sri Lanka slumped to a crushing 87-run defeat in their first warm-up match of the 2019 World Cup against South Africa at Cardiff.

The Karunaratne-led side will play their second warm-up match against Australia on May 27 before they will kickstart their campaign against New Zealand on June 1.

Let's have a look at the complete schedule, squad and TV timings for Sri Lanka matches:

Nothing to worry, says Ravindra Jadeja after India's batting collapse in warm-up