Virat Kohli knew he had lost a toss that could have proven to be a vital factor of the India vs England game. For only the second time in the World Cup 2019 were India chasing. 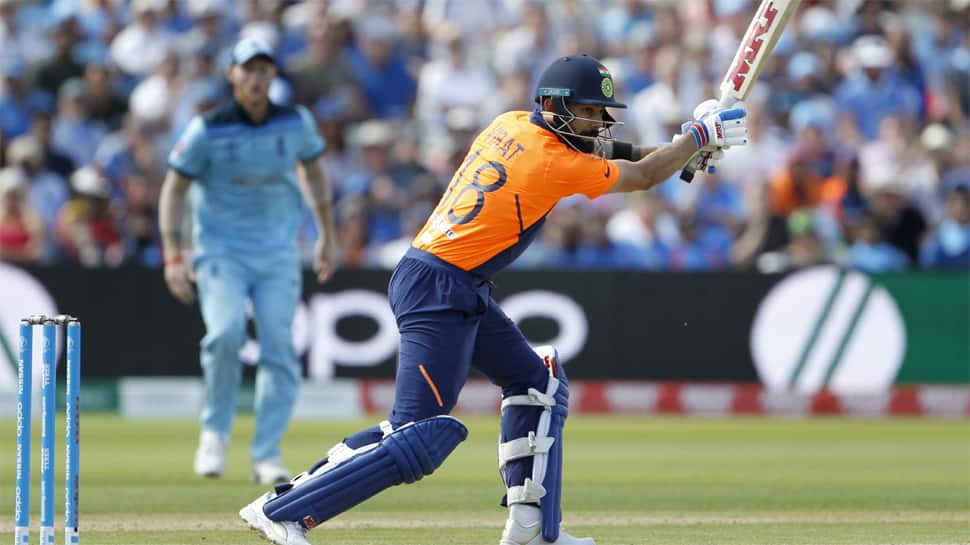 BIRMINGHAM: “Never a problem. Love chasing. But honestly, we would have batted first today. We haven’t chased after the first game in the tournament, so it’s a good challenge for us. We haven’t really focused on the opposition in this tournament, that’s why we have been consistent.”

Virat Kohli knew he had lost a toss that could have proven to be a vital factor of the India vs England game. For only the second time in the World Cup 2019 were India chasing. They last batted second back on June 5, almost one month ago, in their first game. Ever since, despite India’s middle order posing question marks, they were on a winning spree, and more importantly, on the brink of booking a place in the semi-finals.

That is, until they ran into the mighty England; the England that set the benchmark of record ODI totals, whose batting went all the way till No 10, which blanked Australia 5-0 last year at home and who dominated the one-day rankings for the better half of the last 12 months. At last, the ruthless, relentless England turned up and lived to keep their qualification hopes alive against a side that till Sunday was unbeaten at the World Cup.

From the moment Eoin Morgan announced that Jason Roy was back in the side, England looked different. The confidence had returned, the intent was back. Along with Rohit Sharma, Roy is right up there in terms of impact. On Sunday, a definitely far from a 100 percent Roy was enough for England to get off to a smashing start. He and Jonny Bairstow added 160, the highest any opening pair has put up this tournament.

Initially bothered by Mohammed Shami’s seam movement, Bairstow decided to hold himself back, while Roy did the scoring. And once the spinners came on, Bairstow got on the charge. That’s how well Roy and Bairstow complement each other. With James Vince in the last three games, England have effectively batted with 10 players. With Roy around, England had a sense of direction once their innings commenced.

If Roy handed England initial momentum, Bairstow ensured he carried it forward even after his partner fell. Of all people, Bairstow, who was at the centre of a storm for his comments about public’s attitude towards England and their cricket. With a fire in his belly, Bairstow channelled his aggression by returning to his monster-hitting best, especially against India’s spinners. Yuzvendra Chahal and Kuldeep Yadav, statistically and effectively, the strongest wrist-spin duo in the world received a pasting giving away 160 in 20 overs.

Just about this time last year, Kuldeep controlled England like a puppet master holding his strings. His 5/24 in a T20 game at the Old Trafford was followed by 6/25 in a one-day international at Trent Bridge. But in a complete 360-degree turn, Bairstow mercilessly tore into both wristspinners. Perhaps India missed a trick by picking two spinners on a flat surface but with Bhuvneshwar Kumar yet to recover fully, a third specialist pacer was never going to be an option.

To say that India did not have their moments would be harsh. While Shami got movement, Jasprit Bumrah troubled England with his cramping lengths. But despite bleeding runs, Shami once again single-handedly brought India back. His third spell read: 3-1-3-2 and the wickets he’d gotten: Bairstow and Eoin Morgan. His maiden five-wicket-haul in ODIs takes his tally to 13 wickets in three games. Plenty has already been spoken of and written about Shami, but just because of that spell, it should be reiterated that Shami’s existing form sets the blueprint for what a fast bowler in rhythm should be like.

Nine out of 10 times, 340 is not a chaseable target. But if India at one stage looked like gunning it down, albeit briefly, it was because of their two best batsmen, Rohit and Kohli. Think of the all-time greatest duos and what are the names that come to mind? Sourav Ganguly-Sachin Tendulkar? Matthew Hayden-Adam Gilchrist? Mahela Jayawardene and Kumar Sangakkara? “Hitman” Rohit and “Superman” Kohli batting in tandem and on song is like Brat Pitt and Leonardo di Caprio cast together in a film. Two of the very best, marvelling at their craft.

A required run-rate of over 8. KL Rahul back for a blob. India 29 for 1 after 10. From those depths, Rohit, Kohli put on yet another classic partnership. With Rohit initially struggling to find his timing, Kohli brought out some delightful boundaries, and as the innings progressed, once the opener was back in his zone, the skipper became slightly measured. Every boundary that Rohit hit, Kohli seemed to be enjoying it more. A third century has now put Rohit behind only Sangakkara for the most hundreds in a single edition of the World Cup.

Besides Rohit and Kohli, a big takeaway for India was Rishabh Pant playing his maiden World Cup game. His first three deliveries resulted in two run-out chances and an LBW shout. Yet, Pant dug it out and partnered Rohit in a 50-run stand. He ended up scoring 32 off 29 with four boundaries, but despite the early stutter, looked a lot more confident than Vijay Shankar in his previous three innings combined. Rohit, at the end of the press conference reiterated that Shankar continues to be India’s No 4 and the reason he did not take part in the game was because of a little toe issue. So if he comes back against Bangladesh, does it mean Pant goes out? A tough call awaits the management.

Each time, India looked to build towards something, England laid those plans to waste. Above anyone else, Chris Woakes emerged as the star. Three maiden on the trot, the wicket of Rohit and a spectacular diving catch at deep extra to send back Pant. The thing about Woakes is that he goes unnoticed a lot, but his worth to England as a valuable player depicts in the first 10 overs.

Woakes applied the pressure and a selection masterstroke called Liam Plunkett cashed in. Replacing Moeen Ali, Morgan had dealt an ace here. Plunkett took out Kohli, Pant and the ominous-looking Hardik Pandya. And just like that, it all began to crumble for India. The intent of MS Dhoni and Kedar Jadhav was questioned, with India scoring 39 off the last five overs, but by then the surface was nothing like the one England batted on. Correction: Ben Stokes batted on. His violent 79 off 54 took the skin off Indian bowling, especially Shami, who took a pounding in his final over.

To lose the game by five wickets remaining will hurt India, but with nothing assured yet, perhaps not losing wickets was to prevent the net run rate from taking a hit. England hit 13 sixes in the entire innings, India hit just one, in the final over of the innings when the outcome was a foregone conclusion. Huge difference. But barring that, India almost made a match of it.

They were simply outplayed by a better team, one that dished out a complete performance when their people were beginning to lose trust.