England registered their first win against India in an ICC World Cup game since 1992. 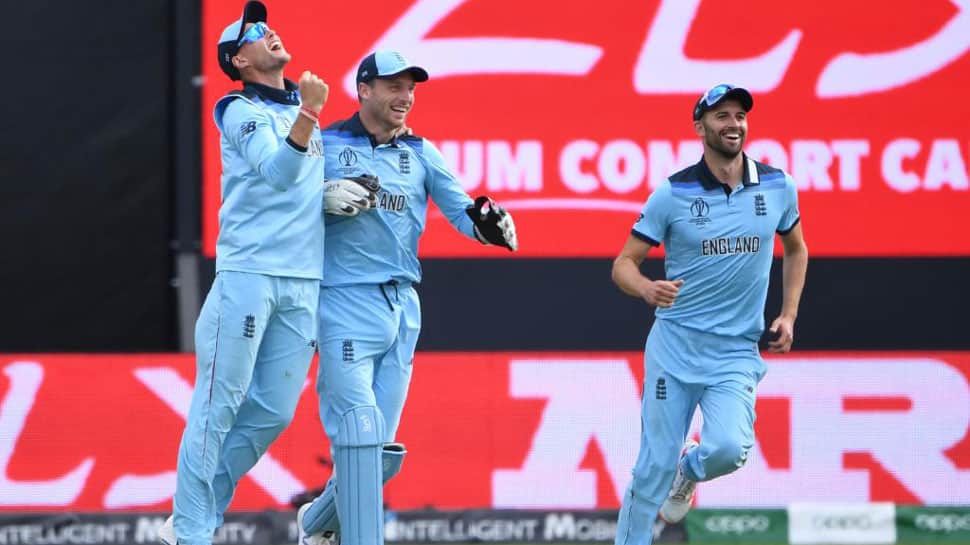 England continued to remain alive in the ICC World Cup 2019 after defeating India by 31 runs in match 38 of the tournament at Edgbaston, Birmingham. The Men in Blue were subjected to their first defeat in the tournament after being handed a steep target of 338 runs to chase.

England skipper Eoin Morgan won the toss and opted to bat. The hosts were able to post a sizeable total of 337 runs for the loss of seven wickets in 50 overs, following a 109-ball 101 by opener Jonny Bairstow, with all-rounder Ben Stokes scoring an aggressive 79 off 54 deliveries as well.

Pacer Mohammed Shami was the pick of the bowlers in the Indian bowling attack, recording his maiden five-wicket haul in the ICC World Cup 2019.

In reply, India seemed set to chase down the total at one stage following an excellent 138-run partnership between Virat Kohli (66) and opener Rohit Sharma, with the latter scoring his 25th ODI ton. However, it all went downhill following their dismissal with the Men in Blue managing a total of 306 runs for the loss of five wickets in 50 overs.

# Virat Kohli is now the first captain to score five consecutive half-centuries in the World Cup.

# India's score of 29/1 at the end of the first powerplay was the lowest powerplay score in the ICC World Cup 2019.

# The 138-run partnership between Rohit Sharma and Virat Kohli was the highest partnership registered by an Indian duo in the ICC World Cup 2019.

# Jonny Bairstow and Jason Roy shared an opening stand of 72 against India on Sunday which is the highest opening stand against the side in the ICC World Cup 2019. Bairstow further completed his 8th ODI century.

# England registered their first win against India in an ICC World Cup game since 1992.