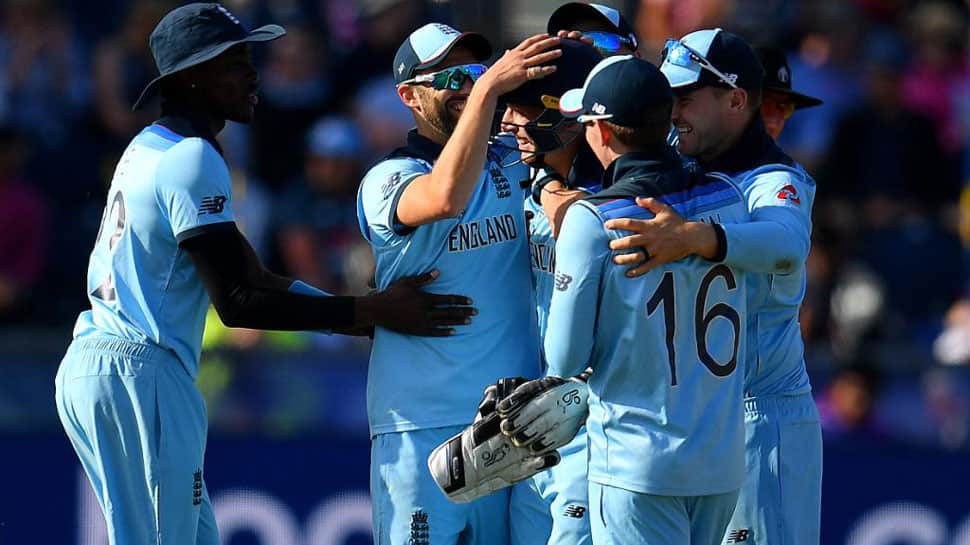 England qualified for the semi-finals of the ICC Cricket World Cup 2019 following victory by a margin of 119 runs against New Zealand on Wednesday. The hosts posted a total of 305 runs for the loss of eight wickets in 50 overs after England skipper Eoin Morgan won the toss and opted to bat.

Opener Jonny Bairstow was the highest run-scorer for the hosts, scoring 106 runs off 99 deliveries in an innings comprising of fifteen boundaries and a six.

In reply, the Black Caps failed to put up much of a fight and were bowled out for 186 runs in 45 overs. Wicketkeeper-batsman Tom Latham was the highest run-scorer scoring 57 runs off 65 deliveries in an innings comprising of five boundaries.

# Mitchell Santner became the fifth spinner to open the bowling against England in the ICC Cricket World Cup 2019.

# Matt Henry featured in his 50th ODI for New Zealand.

# England posted their highest powerplay score in the ICC Cricket World Cup 2019 after scoring 67/0 in the first 10 overs.

# Jason Roy and Jonny Bairstow became the second fastest duo to post ten 100 plus partnerships in ODI cricket, achieving the tally in 35 innings.

# England defeated New Zealand in a Cricket World Cup match for the first time since 1983.