Hosts England kicked off their campaign at the 2019 International Cricket Council (ICC) World Cup with a crushing 104-run victory over South Africa in their opening match at The Oval in London on Thursday. 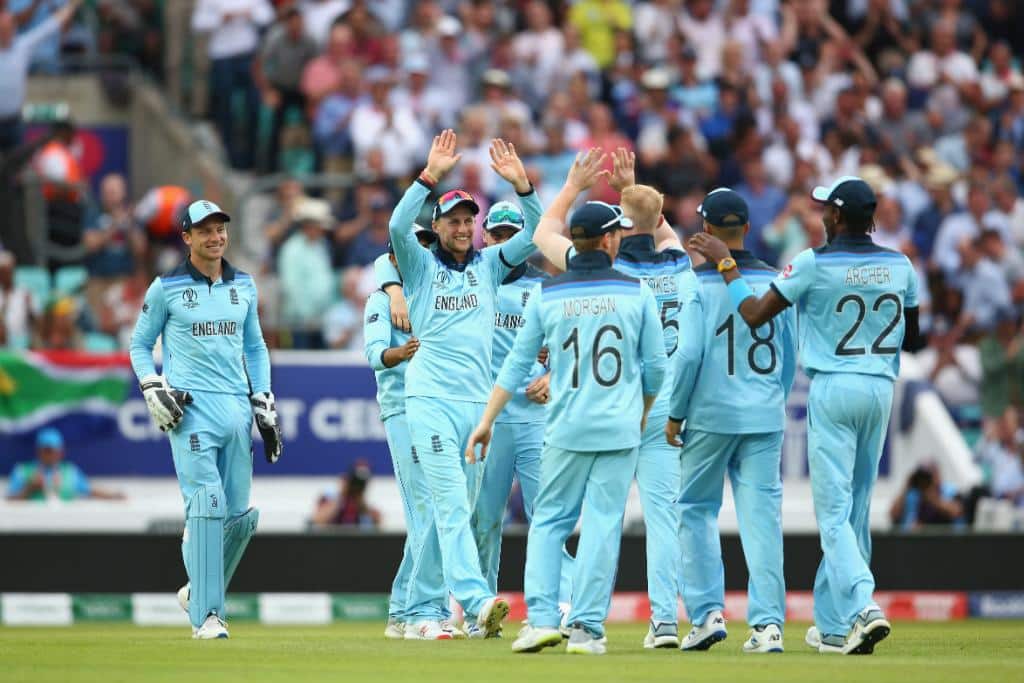 Hosts England kicked off their campaign at the 2019 International Cricket Council (ICC) World Cup with a crushing 104-run victory over South Africa in their opening match at The Oval in London on Thursday.

Asked to bat first, Ben Stokes smashed a blistering knock of 89 runs while Jason Roy (54), Joe Root (51) and = captain Eoin Morgan (57) all chipped in with half-centuries to help England post a good total of 311 for eight in their stipulated 50 overs.

# South Africa's Imran Tahir became the first-ever spinner to bowl the first over during an opening match of the ICC World Cup. Faf Du Plessis' decision to send Tahir to bowl first after winning the toss proved to be fruitful as the spinner gave the breakthrough to his side as early as in the very second delivery of the match by removing England opener Jonny Bairstow for a golden duck.

# England opener Jason Roy became the first batsman to score a half-century in the 2019 edition of the mega event. He achieved the mark off just 51 balls and notched eight boundaries in his 54-run knock.

# Roy and Joe Root became the first pair to notch up the fifties in the 2019 ICC World Cup. Root reached the half-century mark off just 56 balls besides also sharing a huge 106-run knock with Roy for the second wicket.

# England skipper Eoin Morgan became the 17th fastest cricketer to reach 7,000-run mark in one-day internationals. He reached the milestone in his 208th innings and finished with 60-ball 57 runs, laced with four boundaries and three sixes.

# Paceman Jofra Archer took England's first wicket at the ongoing cricket's showpiece event after Aiden Markram (11) was caught by Joe Root off the former's fourth delivery in the eighth over.

# England all-rounder Ben Stokes bagged one of the greatest catches of all time during South Africa's chase of 312 runs. Andile Phehlukwayo was batting at 24 when he slapped the first delivery of the 35th over from Adil Rashid towards the boundary, only to see Stokes ran back before jumping into the air to pull off an incredible one-handed catch.