Eoin Morgan insists England are back on track in their quest for a first ever World Cup trophy following a resounding 31-run win against India. 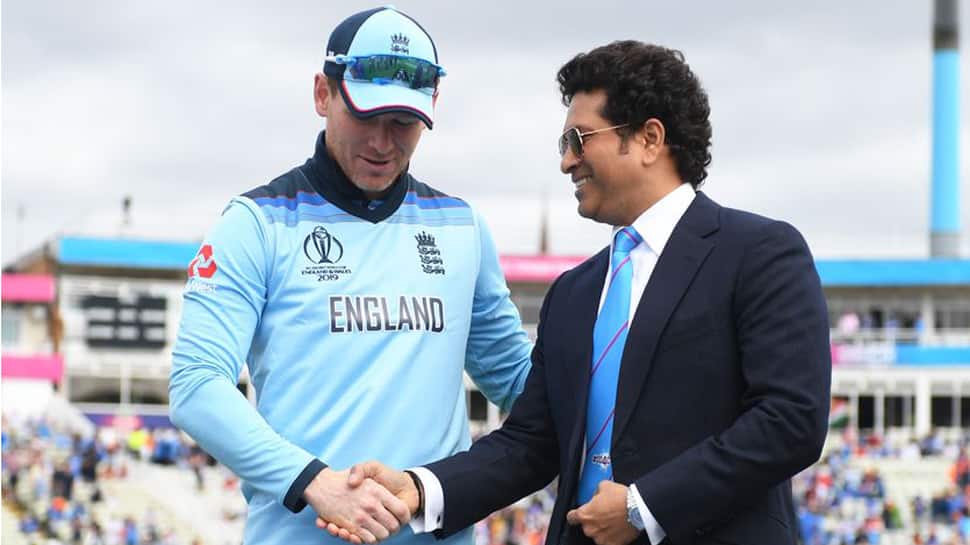 Eoin Morgan insists England are back on track in their quest for a first ever World Cup trophy following a resounding 31-run win against India.

Back-to-back defeats to Sri Lanka and Australia threatened to derail the hosts but they produced something near their best when it mattered most against the side that has just replaced them atop the ODI rankings.

Victory against New Zealand in Durham on Wednesday will secure a semi-final place for England and Morgan is as happy with the performance as he is the result.

“We had lost the last two games, and obviously, you have to turn things around but you don't know how you're going to play,” ICC Quoted him as saying.

“Having played the way we did today is very encouraging for us. The closer we can get to playing our A-game, the more of a chance we have of going the whole way.

“If we're scraping our way along, not playing the type of cricket we played in the last four years, I wouldn't be as confident.”

Jason Roy of England hits straight off the bowling of Kuldeep Yadav as India wicketkeeper MS Dhoni looks on during the Group Stage match of the ICC Cricket World Cup 2019 between England and India at Edgbaston on June 30, 2019 in Birmingham, England.
Bairstow (111) became the fifth English player to score a century at this tournament, while a late cameo from Ben Stokes – who hit 79 from 54 balls – maintained the momentum.

India battled gamely, with Rohit Sharma (102) and Virat Kohli (66) steadily leading the chase, but the tight bowling from Chris Woakes (2/58) and Liam Plunkett (3/55) restricted India’s batsmen and they finished on 306/5.

The two-time champions struggled to keep up with the run-rate on a slow surface, while Bairstow and Roy dominated for England, scoring 97 runs from the first ten overs of spin to underline their importance to the cause.

“That period from 10 to 20 overs was probably the difference between the game,” Morgan added.

“I think we scored about 90-something runs in 10 or 11 overs. And it was quite evident to see, when the seam was run, the ball was not coming onto the bat. There was only a little bit of pace and we got a little bit of purchase from cutters, slower balls.

“So Jonny and Jason can make a wicket seem flat at different stages, and they did through that period.

“So it was a great period for us and obviously got us off to an unbelievable start. So we felt we were ahead of the game at that time.”