Eoin Morgan asked his England team to embrace the occasion of a World Cup semi-final and they did just that on their way to an eight-wicket victory over Australia at Edgbaston. 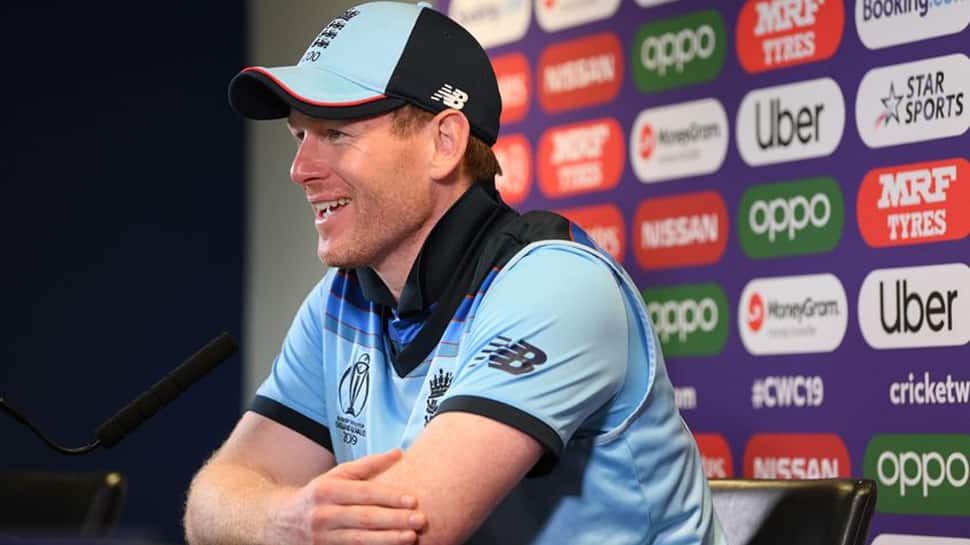 Eoin Morgan asked his England team to embrace the occasion of a World Cup semi-final and they did just that on their way to an eight-wicket victory over Australia at Edgbaston.

From the brink of elimination after defeat to the same Australians at Lord’s, England have now won three in a row to reach the ICC Men’s Cricket World Cup final and a clash with New Zealand back at the Home of Cricket on Sunday.

And Morgan has urged his team to show the same enjoyment as they did in this emphatic victory over the defending champions.

He said: “I think we did (embrace it), absolutely. Everybody out there on the field and even in the changing room loved every ball that was bowled. There was no lack of commitment, application and we had a bit of a day out which, it's cool when it happens like that, particularly when the bowlers' bowl like that, it is awesome.

“I think as a team we have learnt to enjoy ourselves, particularly days like this, even if they don't go well. If you had offered us the position to play in a final the day after we were knocked out of the 2015 World Cup, I would have laughed at you.

“I think Sunday's not a day to shy away from, it's a day to look forward to, much like this. We have created the opportunity to play in a World Cup final. It will be a matter of the same again trying to produce everything that we can performance-wise but enjoy the day.”

It has been a remarkable journey for Morgan and his side, knocked out before the quarter-finals four years ago, to No.1 in the world and in a first ICC Men’s Cricket World Cup final in 27 years.

They could not have hoped for a better start, Chris Woakes and Jofra Archer combining to remove Australia’s in-form openers as Aaron Finch’s side were reduced to 14/3 and were eventually bowled out for 223.

Morgan reckoned that it was one of, if not England’s most complete performance over the four years since the last World Cup, especially with the ball.

He added: “I think particularly the bowling unit. When you perform like that, you continue to take wickets, along with a little bit of luck, but we were quite persistent in the lengths that we bowled.

“We stuck to our plans, our plans managed to work, even when (Steve) Smith and (Alex) Carey started to dominate and grow in the partnership they did, we found something, an opportunity.

“We didn't drop a catch on Adil (Rashid), which is great, that allowed him to build momentum and confidence and he bowled brilliantly.”

On their way to the semi-finals, England saw off New Zealand by 119 runs in Durham, but Morgan believes the Black Caps have been the best team in the tournament so far and will pose a huge challenge in the final.

He added: “I think New Zealand throughout the whole tournament has been probably the hardest side to beat and the best side in the group stages.

“I think their performance in the semi-final was probably their best. They will be a difficult side to beat on Sunday, so we are looking forward to it.”