As a Master of History, Mushfiqur Rahim will be familiar with comparisons between the present and the past. 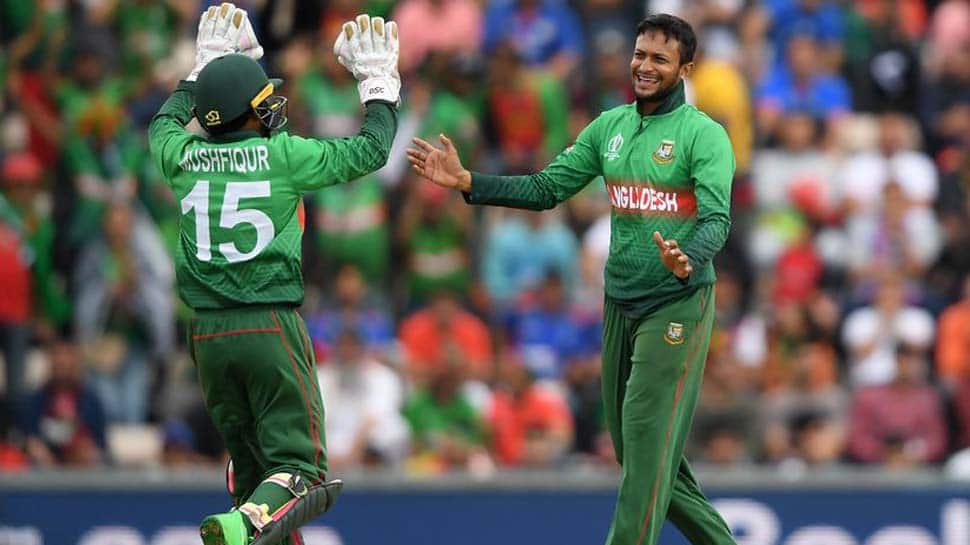 As a Master of History, Mushfiqur Rahim will be familiar with comparisons between the present and the past.

His international career has been a busy affair spanning 14 years, but Mushfiqur has also managed to slot in advanced study at Dhaka’s prestigious Jahangirnagar University. He is not just one of the most successful players at the ICC Men’s Cricket World Cup. He also ranks among the brightest.

And as well as finding fascination in bygone people and events, he something of a throwback himself.

Watching him over the past few weeks – and years – has served to remind of the way wicketkeepers used to bat before Adam Gilchrist altered the job description with muscular hitting of brutal force.

There is something of the early World Cup wicketkeepers about Mushfiqur, whose presence and reputation go way beyond his physical stature.

Think Deryck Murray, who kept wicket for West Indies in their 1975 and 1979 tournament wins, India’s Syed Kirmani, a hero of their 1983 success, or Alan Knott, considered the finest batsman/keeper England have ever produced.

The game may have evolved since these three lit up the international stage, but it is easy to imagine Knott in particular playing the kind of innings that Mushfiqur just produced at the Hampshire Bowl: busy, thoughtful, light-footed and a step ahead of the field.

Victory over Afghanistan by 62 runs has taken Bangladesh to seven points, only one behind England who sit immediately above them in fourth place.

Conditions were tricky throughout for batsmen and determined Afghanistan bowling meant that Bangladesh were never truly dominant after being asked to bat first. But Mushfiqur’s beautifully-constructed 83 from 87 balls moved them towards a very defendable total of 262 for seven.

He is a player who always seems to have more runs than you think, cleverly finding gaps and working the scoring with deceptively minimal effort. Those ones and twos add up.

While Gilchrist and muscular batsman/keepers since have opened their shoulders to hit high and straight, Mushfiqur is most effective square of the wicket. Like many short batsmen he pulls and cuts especially well, enjoying fewer opportunities to drive than taller men with longer strides.

When he reached his fifty with a six over long on against Dawlat Zadran, the unexpected route to the landmark made celebrations all the more excited in the stands, where the thousands of Bangladesh replica shirts created an appearance as thick and green as the verdant outfield.

Knott was among the best exponents of the sweep in an era when some felt it was simply too risky to be attempted. On turning pitches, Knott was the man you’d want at the crease. These days, the stroke is essential; Mushfiqur has it in his armoury along with the reverse equivalent.

Quick hands are also evident in his keeping. There were two stumpings this time, both close enough to have gone the other way with clumsy glovework. His dismissal of Najibullah Zadran came straight from the textbook as he collected the ball to his left and brought his hands back to the right in the same movement.

England holds a special place in his cricketing life. It was at Lord’s in 2005 that he made his Test debut aged only 16. He was even tinier then, but a hundred in the tour game against Northamptonshire left a big reputation. Not since Sachin Tendulkar some 15 years earlier had a player made such an impact in England at such a young age.

No career of length has uninterrupted highs, but Mushfiqur ranks among the greatest of Bangladesh’s first two decades as major players. Only Tamim Iqbal has scored more Test runs, only Tamim and Shakib Al Hasan have accumulated more in ODIs. With T20 contributions included, Mushfiqur has now scored 11,029 runs in all international cricket.

At 32, he is arguably still improving. He is the leading run-scorer among keepers at the tournament with 327, clear of Quinton de Kock and Jos Buttler. His 83 followed an unbeaten 102 against Australia, so he is in prime form ahead of Bangladesh’s remaining games against India and Pakistan.

Clearly, Mushfiqur is not content just to read history. He is also writing his own.