ICC World Cup 2019: India ultimately undone by the day that threatened to come much earlier

Did the rain impact India’s momentum? Perhaps, but in hindsight that was not where the match was lost.

Seated on a leather sofa in London days before the start of the ICC Cricket World Cup 2019, Virat Kohli called it. While the catch-phrase seemed to be teams scoring 400 and beyond at the tournament this summer in England, India's captain felt that totals of 250 would be defended. Not once, but several times, during the tournament, said Kohli.

Those words were made to look prophetic with each passing week of the World Cup. Sri Lanka, in the upset of the tournament, scored 232 and beat England by 20 runs. India made 224 against Afghanistan and won by just 11 runs. Australia hauled themselves from the depths of 79/5 to 288 and kept West Indies to 273/9. New Zealand made 291 against West Indies and won by five runs. Australia’s total of 243/9 proved 86 runs out of New Zealand’s reach.

And then came the semi-final, between Kohli’s India and Kane Williamson's New Zealand. At Old Trafford, with rain forecast. Williamson won the toss, opted to bat and New Zealand made 239/8. Rain halted New Zealand’s innings at 211/5 on Tuesday, and when they resumed on the reserve day they scored 28 runs in 23 deliveries. A total of 239 was defended tigerishly, and New Zealand pipped India by 18 whopping runs to make their second consecutive World Cup semi-final.

Whopping? Yes, whopping. Because games of cricket are decided on the smallest of margins, and to keep this Indian team to 221 in 49.3 overs constitutes a whopping win. Few gave the Blackcaps a chance, despite their ability to lift their game in World Cups. They were viewed as lucky to be in the final four, because of a few narrow wins, a washout with India earlier and having lost their last three matches.

On the day – sorry, on the two days – that mattered most, New Zealand were too good for India. Eighteen runs too good. A big margin, given the circumstances. An Indian team boasting Rohit Sharma, with a record five centuries in this World Cup, Kohli and the top-ranked bowler in ODIs, Jasprit Bumrah, was beaten.

After the semi-final, Kohli said India blew the game in “45 minutes of bad cricket”.

India made a terrific start through Bumrah and Bhuvneshwar Kumar, with Martin Guptill’s wretched tournament continuing with another failure. But Williamson and Ross Taylor resisted with half-centuries, India bowled 13 wides and a fighting total was managed.

Then came the day many dreaded would come. The day the law of averages would catch up with Rohit, the day that Kohli would fail, the day that India’s brittle middle order would be properly exposed without contributions from the top order. A scoreline of 5/3, in the cauldron of a World Cup semi-final, proved India’s undoing. Rohit was made to nick a gem from Matt Henry, Kohli fell over an inswinger from Trent Boult and KL Rahul, fresh off a century, fell to a daft shot straight from the rather hefty KL Rahul Shots of Horror catalogue.

Where India can really look back with disappointment is the dismissals of Rishabh Pant and Hardik Pandya. Both fell to Mitchell Santner, an under-rated left-arm spinner. Having settled down, both batsmen erred in judgement. Pant, the left-hander, reached out to a straighter delivery from Santner and found the man stationed at deep midwicket. The man waiting for this exact shot. It was a risky shot, and Pant went for it after four dot balls from Santner. Pant’s go-to shot proved his downfall. He is young, has a good future and will win India matches in time to come. The hope is that he learns from Wednesday.

Pandya flung his bat in an ugly manner at Santner and held out to Williamson at midwicket. He is a maverick player, and like Pant will win India many matches. He and Pant were let down by their match awareness at Old Trafford, and cannot escape criticism.

It can be argued that Pandya and Pant do not know any other way, that to play sensibly goes against the spirit that they bring to the game when at the crease. But this was a World Cup semi-final, and a bit more application could have changed the result.

As well as Ravindra Jadeja played – and gee, how well he did play – the asking rate was always near impossible for India to maintain. Boult came back for one final burst and got Jadeja, thanks to Williamson who held his nerve to catch a booming miscued shot. Guptill made his first telling contribution of the World Cup with the direct hit of all direct hits to run out MS Dhoni for 50, perhaps ending the legend’s career. Jimmy Neesham, who four years ago sat on the grass bank at Eden Park while his team-mates beat South Africa in an epic semi-final, ended the match with the wicket of Yuzvendra Chahal.

Full credit to New Zealand for having assessed the situation and conditions at Old Trafford and for having played better than India. Hats off to Henry, to Boult, to Santner and Guptill.

Did the rain impact India’s momentum? Perhaps, but in hindsight that was not where the match was lost. India failed to chase a gettable target against a superb bowling and fielding performance from New Zealand, who after India boast, arguably, the finest bowling attack of the tournament.

There is one glaring question, however, from India’s loss to New Zealand: Should Dhoni have been shielded by Dinesh Karthik and Pandya? With India 5/3, then 24/4, to see the most experienced Indian cricketer not walk out to bear some responsibility was jarring. This is the man who strode out ahead of his regular batting position during the 2011 World Cup final, the precursor to an innings that defines his legend. Yes, this is not that Dhoni, but the DNA is the same.

Instead of Dhoni, India’s perennial makeshift man was sent to try and do a job he’s not equipped to. Karthik, with full regard to his skill and flexibility, had not prepared for Wednesday. Even by his remarkable work ethic, he could not have trained for what he was sent in to do: get India out of a deep hole in a World Cup semi-final, in his second innings of the tournament. Why didn’t Dhoni stand up? Why did he bat after Karthik and Pandya?

We probably won’t get the answer. Dhoni may have played his last match for India. He will find criticism for his stubbornness in the face of a changing landscape – that of making an attempt to change his game to suit the demands of this Indian team, and of stepping up when the team was in a bad way. He is a spent force, and it was in many ways indicative of India’s predicament at the World Cup that Dhoni was run out for a round 50, having yet again struggled to force the pace.

Will it take the sheen of a stellar career, one during which Dhoni helped make India a world-beating side across formats? Probably not.

India have had a very good World Cup. They lost two of ten games. They beat all but New Zealand and England, and even that loss still seems somewhat puzzling. They can look back at some excellent batting, some tremendous pace bowling and some fielding for the ages.

Those who throw up Kohli’s awful record in World Cup knockout matches need not be given any credence. The big picture is that India were outplayed by New Zealand, but didn’t throw in the towel, thanks to Jadeja and Dhoni. The bigger picture is that India reached the semi-finals without that one terrible batting collapse happening. The one that threatened to happen against Afghanistan in Southampton, but did not thanks to Kedar Jadhav and Dhoni. The one that was kept away by Rohit against South Africa in Southampton, by Dhoni and Pandya against West Indies in Manchester, and by Pant and Dhoni versus Bangladesh in Birmingham.

Rohit has been brilliant. Kohli has been measured because of worries over India’s middle order. You cannot win World Cups with two batsmen. Jadhav got a raw deal in being dropped. Dhoni has struggled, yes, but this was a concern well before the World Cup. Pant was flown in as a replacement for Shikhar Dhawan and has tried to make an impact, but overall was let down by his exuberance over skill.

The end came suddenly, a jolt that has left countless fans of Indian cricket stung. It will hurt for some time, because of the crescendo that this Indian team built in England, despite the obvious batting weakness, through Rohit, Kohli, Rahul, Pandya, Bumrah, Dhoni and Mohammed Shami.

This is a very fine Indian cricket team, under Kohli. It punched and punched its way to the semi-finals. It dazzled, it dared to dream. It ended up falling well short of expectations, on a day that should have come earlier in the World Cup. 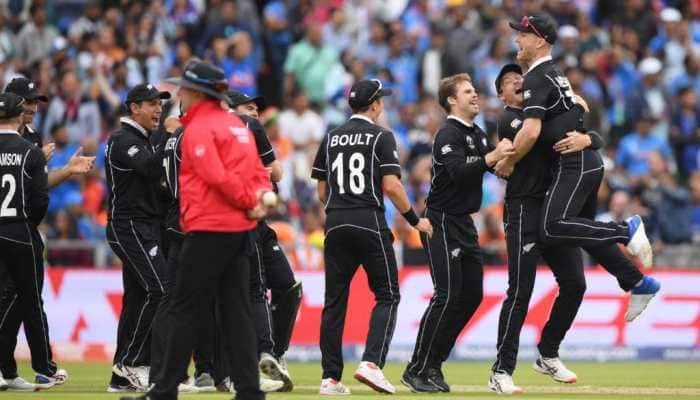 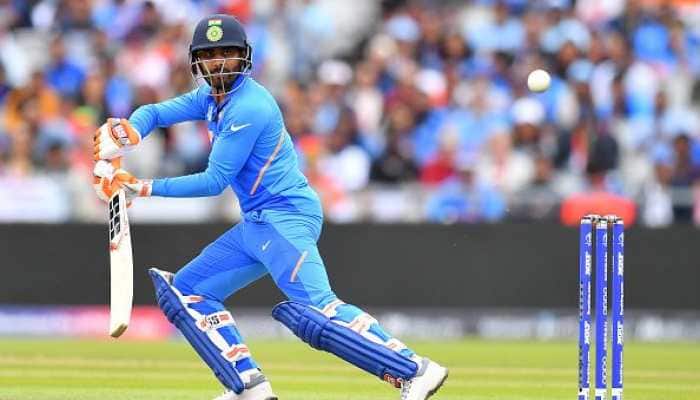 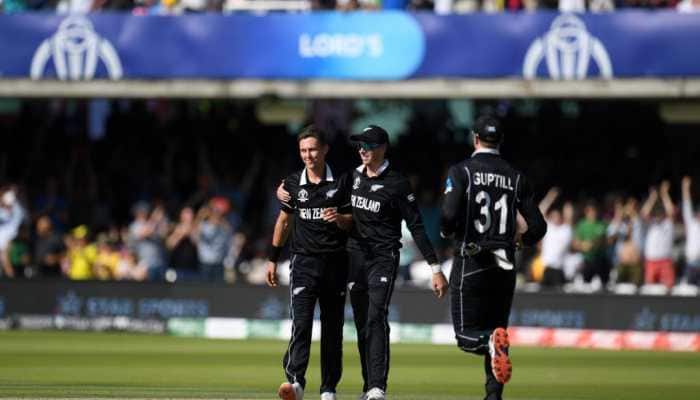 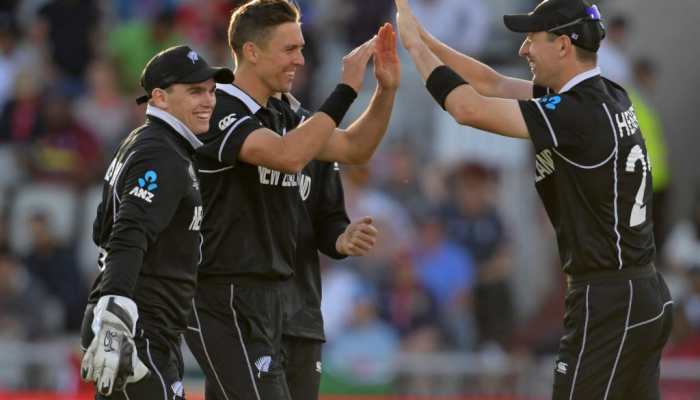 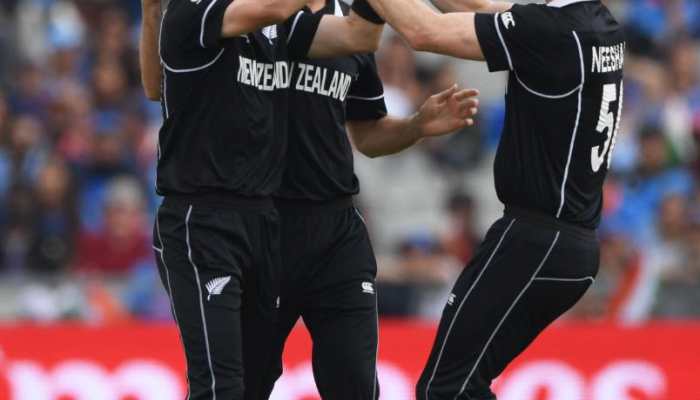 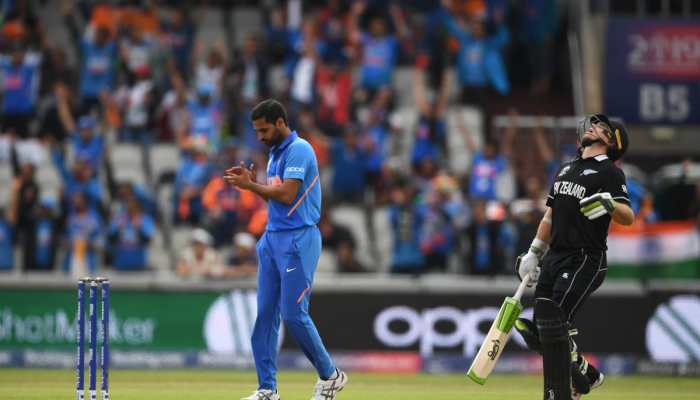 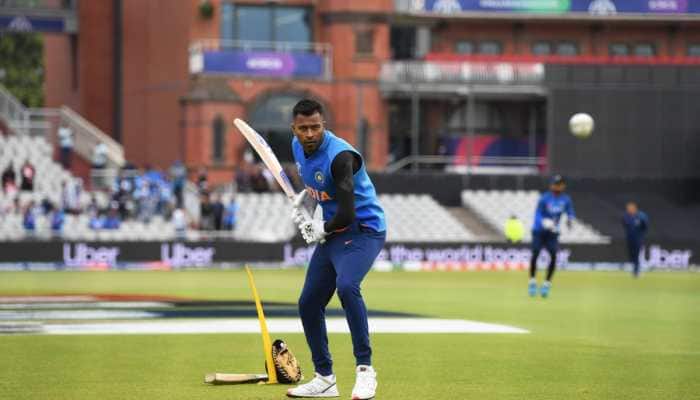 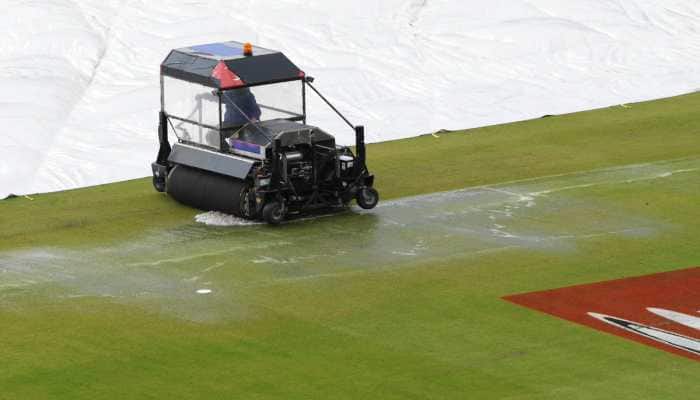 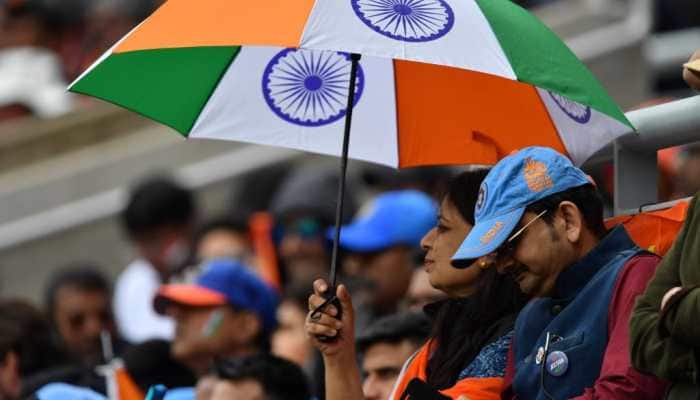 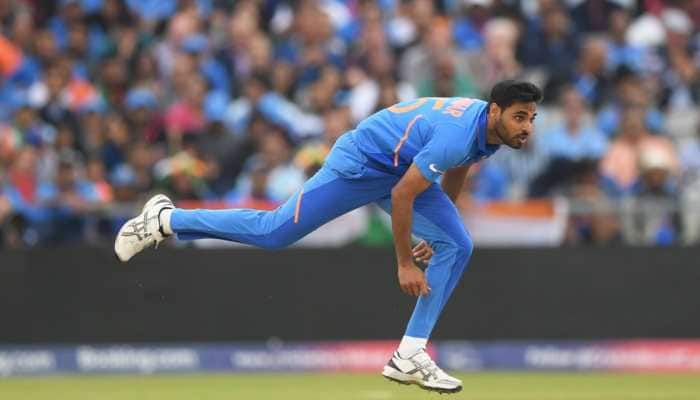 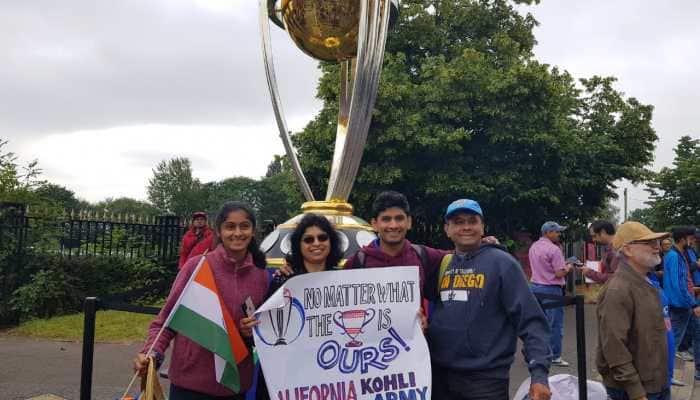 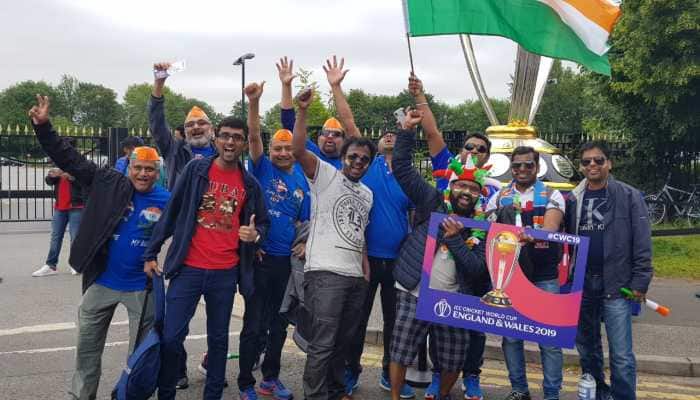 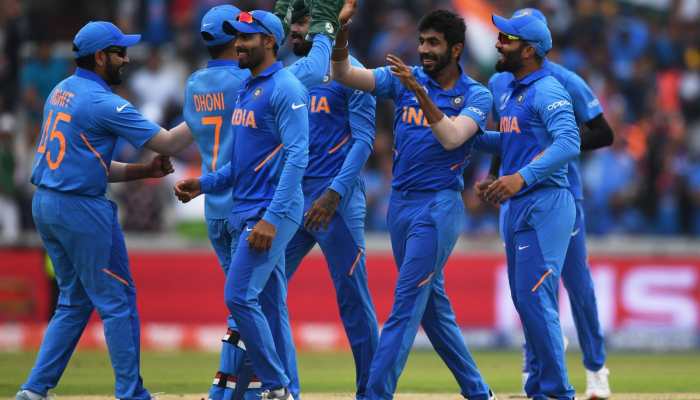 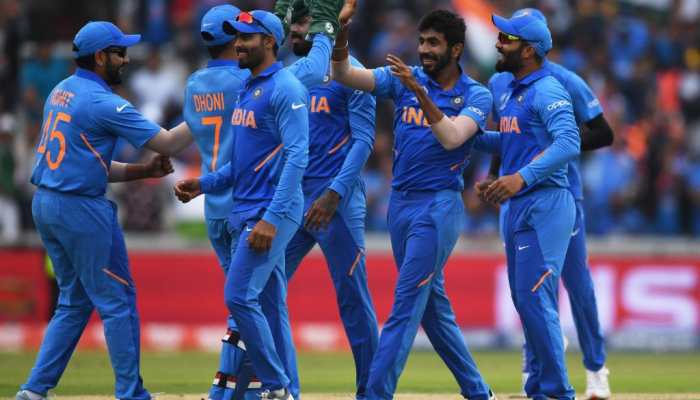 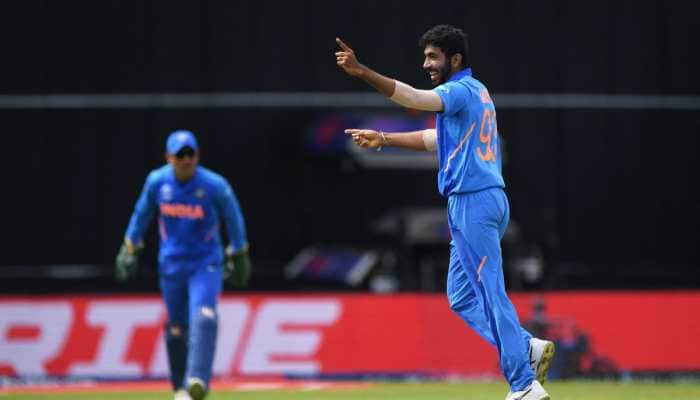 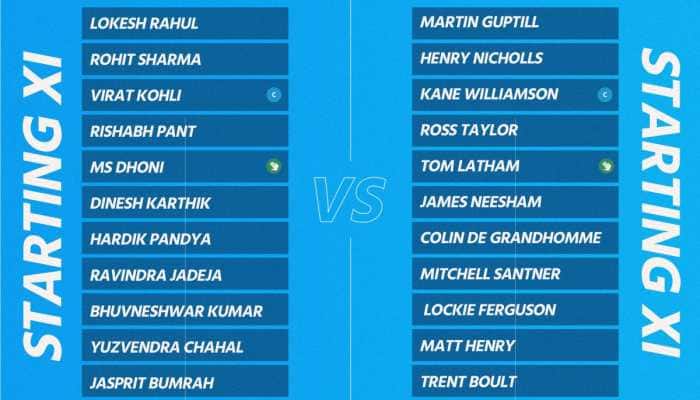 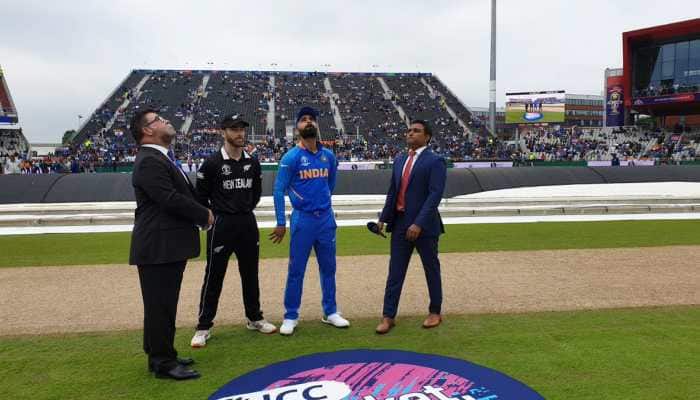 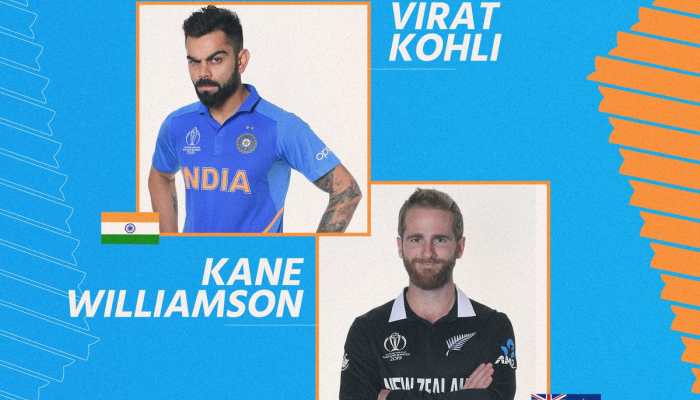