The hard-fought win against Afghanistan was India's 50th victory in the One-Day Internationals. 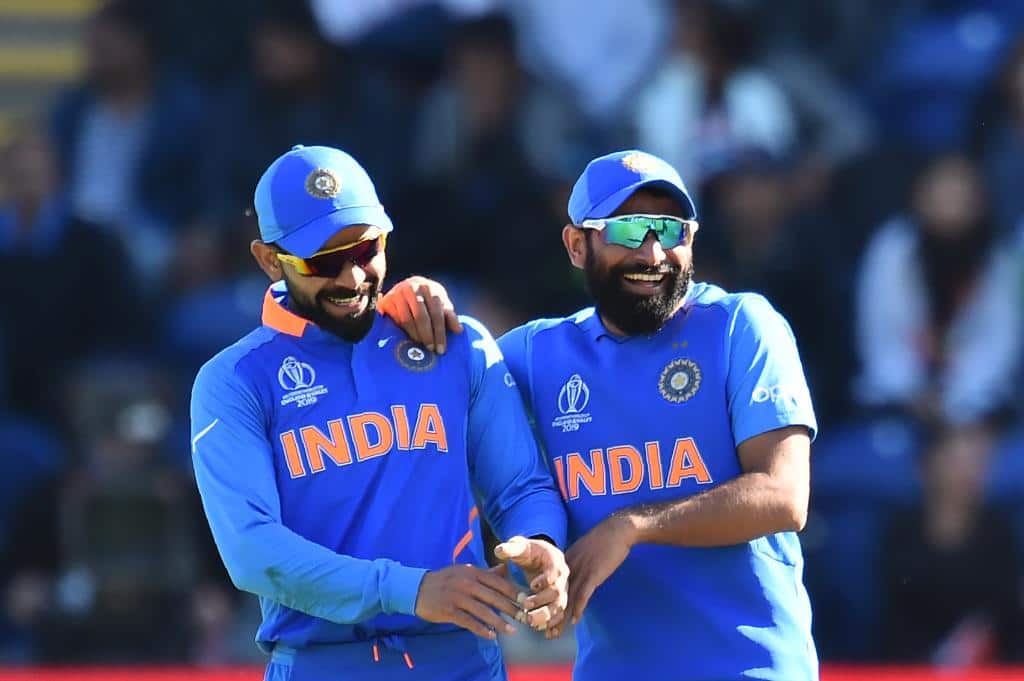 Mohammad Shami bagged a brilliant hat-trick in the last over to help India seal a nail-biting 11-run win over Afghanistan in their fifth International Cricket Council (ICC) World Cup 2019 clash at the Rose Bowl Cricket Ground in Hampshire on Saturday.

After winning the toss and opting to bat first, skipper Virat Kohli (67) and Kedar Jadhav (52) smashed half-centuries under pressure as the Afghanistan bowlers put up a really good fight against India before eventually restricting the Men in Blue to a paltry score of 224 for eight in their stipulated 50 overs.

Gulbadin Naib and Mohammad Nabi scalped two wickets each while Aftab Alam, Mujeeb Ur Rahman, Rashid Khan and Rahmat Shah all contributed with one wicket.

In reply, Mohammad Nabi frustrated India with his 55-ball 52 before Mohammad Shami pulled back a hat-trick in the last over to help the Men in Blue bundle the Gulbadin Naib-led side out for 213 in 49.5 overs.

Shami finished with the figures of four for 40 while Jasprit Bumrah, Yuzvendra Chahal and Hardik Pandya also bagged two wickets each.

# Indian opener Rohit Sharma was dismissed for one by Mujeeb Ur Rahman in the fifth over. He became the first Indian batsman to fall to a spinner in the 2019 Cricket World Cup on Saturday.

# Virat Kohli struck a calm and composed knock of 67 runs off 63 balls. En route to his knock, the Indian skipper brought up his 52nd ODI fifty off 48 deliveries and the third half-century in a row.

# During the match, Mahendra Singh Dhoni fell for 28 after being stumped by wicketkeeper Ikram Alikhil on a Rashid Khan delivery in the 45th over. It was only the second time that the Indian wicketkeeper-batsman was stumped in ODIs.

# The hard-fought win against Afghanistan was India's 50th victory in the World Cup. The win also saw the Men in Blue move up by a place to the third spot in the World Cup 2019 Points Table.

India will now lock horns with West Indies on June 27 while Afghanistan will take on West Indies in their dead-rubber clash on July 4.