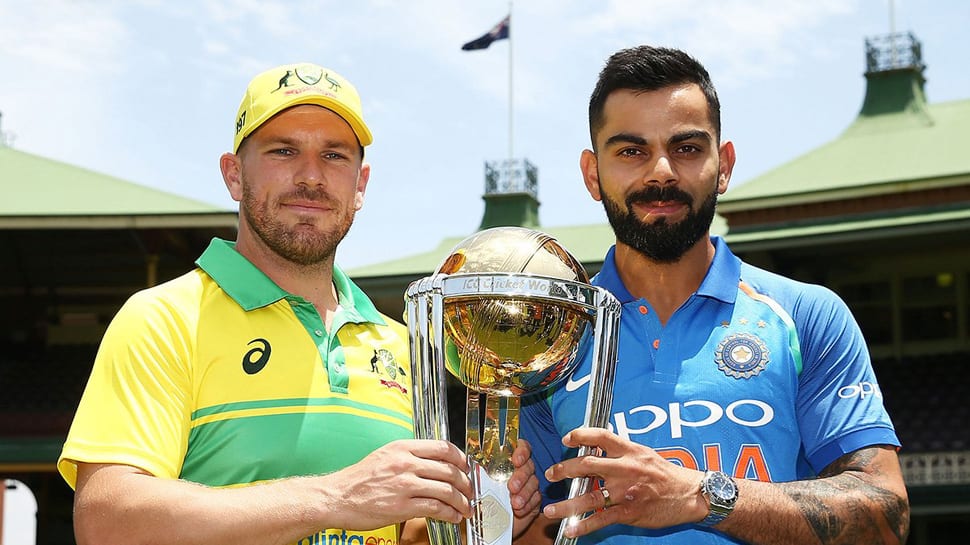 Opener Shikhar Dhawan and skipper Virat Kohli pulled back a solid performance with the bat before the Indian bowlers came to the fore to help their side bundle out Australia for 316 runs and clinch a 36-run win in their second group round-robin fixture of the 2019 International Cricket Council (ICC) World Cup clash at The Oval in London on Sunday.

Electing to bat first, Shikhar Dhawan (117) smasshed his 17th ODI ton besides also stitching a stand of 127 runs with Rohit Sharma (57) for the opening wicket to provide the Men in Blue with a perfect start.

Subsequently, Dhawan continued to pile runs and shared another 93-run stand with skipper Kohli (82) to help India put up a mammoth total of 352 for five in their stipulated 50 overs.

Chasing the target, half-centuries from opener David Warner (56), Steve Smith (69) and Alex Carey (unbeaten at 55) went in wain as the Indian bowlers bundled out Australia on the last ball they faced to successfully defended the huge total.

# India posted a huge score of 352 for five in their stipulated 50 overs after opting to bat first against the Aaron Finch-led side. It was by far the Men in Blue's highest-ever World Cup total against Australia. It was also the highest total by any team in a World Cup game against the Men in Yellow.

# It was for the first time that a team's top four batsmen have scored more than 45 runs in an innings at the World Cup. Rohit Sharma (57), Shikhar Dhawan (117), Virat Kohli (82) and Hardik Pandya (48) all shone with the bat during the match.

# Shikhar Dhawan scored a blistering knock of 117 runs off just 109 balls. It was his 17th ODI century and fourth hundred against Australia.

# En route to Dhawan's 117-run knock, the Indian opener also became only the third batsman from the country to notch up at least three ICC World Cup centuries after former cricketers Sachin Tendulkar and Sourav Ganguly. While Tendulkar holds the record of the highest number of World Cup centuries with six tons between 1992-2011, while Ganguly has three World Cup tons to his name.

# Rohit Sharma smashed a 57-run knock off 70 balls before the latter was caught by Alex Carey behind the wicket off a Nathan Coulter-Nile delivery. En route to his innings, Sharma became the fastest player to cross the 2000-run mark against Australia. He reached the milestone in his 37th inning against the Men in Yellow, thus surpassing legendary Indian batsman Sachin Tendulkar's record of achieving the feat in his 40th innings.

# It was wicketkeeper-batsman Mahendra Singh Dhoni's 340th ODI for India. As a result, he is tied second with Rahul Dravid and placed only behind Sachin Tendulkar (460) in the list of players with most ODI caps for India.

# Steve Smith, who pulled back a 69-run knock during the clash, has now scored 50-plus runs in seven of his past eight ODI World Cup knocks.