Two more wins and India will achieve their cricketing heaven, but a lot can happen between the semi final and the final. 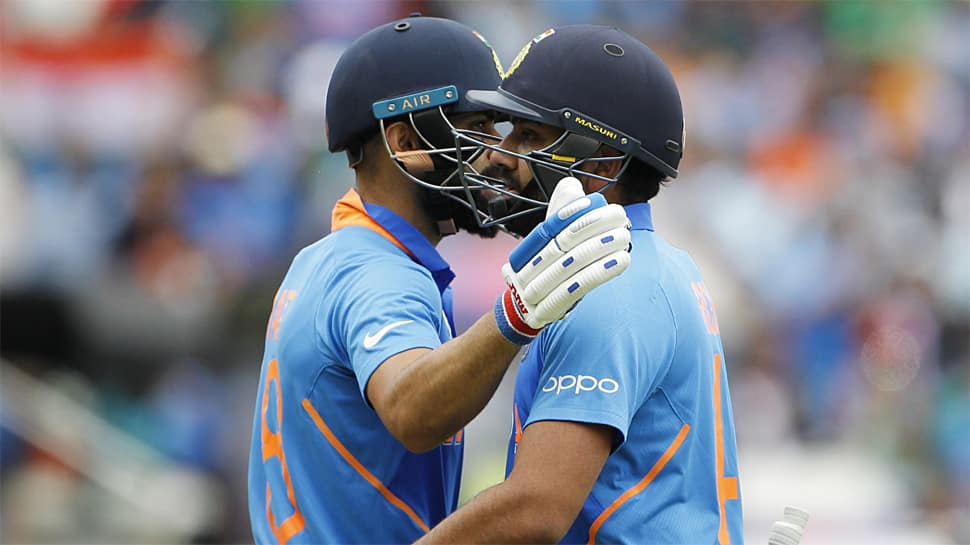 MANCHESTER: "We wanted to play good cricket. To be honest, we didn’t expect this kind of scoreline heading into the semis. But that’s what consistent performances and hard work get you."

These words from Virat Kohli after the Sri Lanka game sum up India's dominance this World Cup. Played 9, Won 7, Lost 1 and 1 no-result. If that doesn’t highlight just what a romp it has been for India in the round-robin stage of the World Cup, we wonder what will. The rollicking run allowed India to emerge as the most successful team of the tournament and finish top in the points-table. Compare this to the unbeaten run Australia had in 2003 and 2007, and yet India’s achievement overshadows the formidable record of the five-time World Champions.

Why, you ask? The format of the 2019 World Cup may be uncomplicated but it surely is testing. Unlike the group format, India have played every opponent and beaten them, barring England. India entered the tournament as one of the teams to beat and till the end of the league stage, lived up to the moniker. Australia, South Africa, Pakistan and West Indies – all were beaten. The only bump they endured was against the home side, where chasing down 339, India still ended up with 306. They overcame the disappointment with a nervy win against Bangladesh and followed it with a resounding thrashing of Sri Lanka. If the term juggernaut has to be entitled to someone, India more than any other team, deserves it.

Two more wins and India will achieve their cricketing heaven, but a lot can happen between the semi final and the final. Until a couple of days ago, India didn’t even know who they were facing – England in Birmingham on New Zealand in Manchester. On the day India beat Sri Lanka, the Indian media contingent was more hooked to the Australia-South Africa game. People were scrambling for reservations alright, though what painted a bigger picture was their eagerness to see India head to Old Trafford than Edgbaston.

And when Nathan Lyon found Aiden Markram at deep-midwicket to give South Africa a win, there was a sense of relief. India vs New Zealand was final. It simply had to come to this. The match that did not take place in the league phase was going to happen eventually. But while World Cup semi-finals carry weightage around them, strangely enough, it seems as if this one in particular has already delivered a result.

They may have been the fourth team to qualify for the semis, many have already written them off. Once unbeaten after six games in the tournament, New Zealand have slipped dramatically to lose their last three league games. They’ve mostly been bogged down by the collective failures of their batsmen and although ruling out a team like New Zealand in a winner-take-all contest is never a good idea, India do seem to be better placed.

And this despite, to think that around the mid-way mark, India were struggling to get their middle order combinations sorted. They can still do with a little more balance and the emergence of Rishabh Pant as India’s new No. 4 offers hope en route to establishing the perfect batting order. Yet, their overall performance has been extremely clinical. A cursory glance at the numbers will prove just how effective India, both as a batting and bowling unit have been.

There’s nothing new to be added about Rohit Sharma that already hasn’t been said. Batting like a dream, the hottest opener going around in world cricket, also probably the best batsman in the world are terms that have already been associated with Rohit. With five World Cup centuries this edition itself, this is probably the best he’s ever batted. Three of them have been on the trot. Such has been Rohit’s consistency that he is even bossing the law of averages.

And he’s done this when early on in the tournament, he lost his opening partner Shikhar Dhawan to a fractured thumb. In comes KL Rahul, with whom Rohit had never opened before. But hey, no problem. Rahul and Rohit have gone on to establish themselves as the newest opening sensation, putting together 634 runs with three century stands. Rohit has obviously burned up the charts, but Rahul has managed to exceed expectations as well, scoring 323 runs in six innings. From almost set to take over the No. 4 position, Rahul the opener has re-emerged to the fore.

The success of Rohit and Rahul at the top of the order has been a pleasant surprise for India, but the one little odd letdown has been Kohli’s pending World Cup 2019 century. It’s been termed a letdown only because of Kohli’s appetite to score big runs and convert his starts into hundreds. Somehow, it hasn’t happened yet but his five consecutive half-centuries ensured India’s new top three lived up to its billing. This World Cup alone, they have struck a mind-blowing average of 93.94.

The No 4, 5 and 6 might continue to pose questions. But the truth is that India’s middle order hasn’t fared too bad. The perception may seem otherwise because let’s face it, like always, Rahul, Rohit and Kohli have done the bulk of the scoring. But whenever the middle-order has received the chance, it’s not as if it’s left India high and dry.

Kedar Jadhav‘s fighting half-century against Afghanistan, MS Dhoni‘s unbeaten half-century against West Indies and the mighty crucial 35 against Bangladesh, Hardik Pandya‘s 48 vs Australia and 46 against West Indies have given India a lift. Once these stop coming is when India need to hit the panic button. Besides, which team hasn’t stuttered between overs 35 and 50 on England’s slow, sluggish wickets?

If Rohit has led India’s supremacy with the bat, Jasprit Bumrah and Mohammed Shami have excelled with the same effectiveness with the ball. And to think that Shami wasn’t even in India’s starting XI during the first three games. Like KL Rahul got his chance at the expense of Dhawan’s injury, Bhuvneshwar Kumar’s pulled hamstring gave Shami his break in World Cup. The result was an emphatic 14 wickets in four matches at an excellent average of 13.78 and strike rate of just 15 – both the best in the tournament.

With 17 wickets in eight matches at a strike rate of 26.1, Bumrah has been economical conceding just 4.48 runs per over. Couple these numbers with his yorkers in the death and Bumrah has proven why he’s the No. 1 bowler in the world. Time and again, he has emerged as Kohli’s go-to man. Wristspinners Yuzvendra Chahal and Kuldeep Yadav have applied the squeeze even though the last couple of games have been slightly off for both.

This however, doesn’t mean India have concerns. Barring Bhuvneshwar’s struggle against Sri Lanka, India have their boxes ticked, and will be eyeing their third fourth World Cup final. In the last three World Cups, India have lost just three matches, which is quite something. But New Zealand are in the final four for a reason too. Trent Boult has troubled India with his left-arm pace. His figures in the last three outings against them read 5/21, 3/39 and 4/33. Lockie Ferguson will be back and Mitchell Santner, as per Kohli, adds a variety to their attack.

Having said that, except Kane Williamson and Ross Taylor firing in bits and pieces, the rest of the New Zealand bats have gone cold. Except Afghanistan, New Zealand is the only team in the tournament who don’t have a 300 in the tournament and between their No. 4 and No. 7, the highest score is 95. They have an opener conundrum to address. Martin Guptill has hot just one fifty and Colin Munro and Henry Nicholls have combined to score 133 runs from eight innings. Against a bowling attack like India, New Zealand’s batsmen face a daunting task.

Ferguson and his coach Gary Stead were content with people the perception of New Zealand not having a chance against India, as it allows the team to go about their preparations silently while India continue to deal with massive expectations. These are the kind of words that make for great headlines but also a way to keep the focus off you. After their game against England, New Zealand have had a good couple of days to regroup before they assembled in Manchester.

It would indeed be foolish to already envision India in the final, although its chances are high.