ICC World Cup 2019: Jonny Bairstow leads from the front as England deliver under pressure against India

If Jonny Bairstow was looking for reassurance that English crowds really do want the side to do well, he came to the right place. 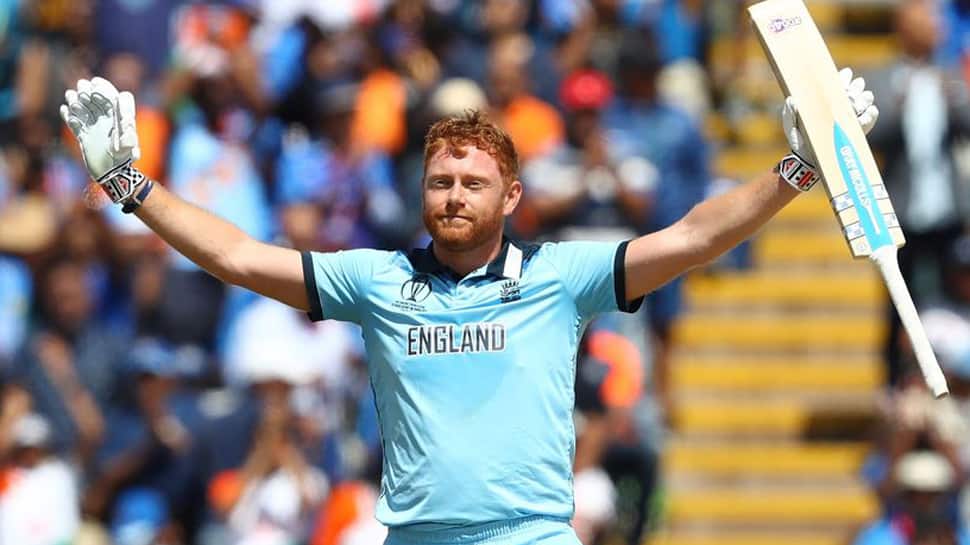 If Jonny Bairstow was looking for reassurance that English crowds really do want the side to do well, he came to the right place.

Of all the major international grounds, Edgbaston, on the outskirts of rejuvenated Birmingham, has become the most synonymous with support for the home side.

Fans turn out in force, lubricate their larynxes and loyally shout on England from the first ball to the last. No more so than in the bustling Hollies Stand, the huge expanse named after the Warwickshire wrist-spin bowler who famously bowled the great Don Bradman for a second-ball duck on his last Test innings.

And it was at this famous ground that Bairstow got his and England’s ICC Men’s Cricket World Cup back on track.

Temporarily displaced from the top four by Pakistan following their nail-biting victory over Afghanistan – knock out cricket started 10 days early for England.

And with the pressure of their place at a home World Cup at stake, Bairstow and his team-mates struck fours or sixes aplenty to set India what proved a forlorn chase of 338 to win.

In a match described as England’s most significant 50-over fixture since the 1992 World Cup final – Bairstow and England stepped up and delivered.

True, England have contested ICC Champions Trophy finals in the 27 years since, and been involved in the knockout stages of World Cups themselves. But they needed victory this time to ensure that qualification for the semi-finals of a tournament on home soil remained in their own hands.

The oppressive, burning heat of Saturday gave way to something much more pleasant, the sun still bright but fanned by a cooling breeze.

One corner towards the City End was imaginatively turned into Edgbaston Beach, perhaps the first time that any part of Birmingham has been conceived as a resort destination even in fun.

The concrete here was painted yellow and filled with deckchairs for spectators to lie back, slip off their sandals and watch the action on a big screen. Meanwhile, on the world music stage nearby, guitarists and drummers worked up tunes as a dreamy backdrop. Lazy, cool and happening, this was Glastonbury without the tents.

And Bairstow, having queried last week whether it was there, must have felt the love. Or respect, at least. When he completed his first century of the tournament, and eighth in ODIs, he received not only a standing ovation from the England contingent, but admiring applause from the India fans as well.

Teams evolve over the years. One of the most significant England changes in the cycle since the 2015 World Cup has seen Bairstow secure a regular place. His red ball form made him too good to leave out, and when the opportunity arrived he made sure he seized it.

Of England players to construct at least 20 innings, he has a better average (47.10) of all except Joe Root and Jonathan Trott. Just as impressive, his strike rate of 105.21 ranks third behind the brilliant pair of Jos Buttler and Jason Roy.

While the group stage is proving more hair-raising than England would have liked, at least all of their first-choice top six have found form. Bairstow became the fifth of them to reach three figures, equalling South Africa’s achievement in 2015 when David Miller, JP Duminy, AB de Villiers, Faf du Plessis and Hashim Amla all raised their bats.

While Ben Stokes is still to record a hundred, his innings of 79 gave impetus at the death this time and represented his fourth score beyond 70 of the tournament. Those late runs effectively made the difference.

Losses to Pakistan, Sri Lanka and Australia left England with the equivalent of four cup finals if they are to lift the trophy for the first time. One down, three to go.