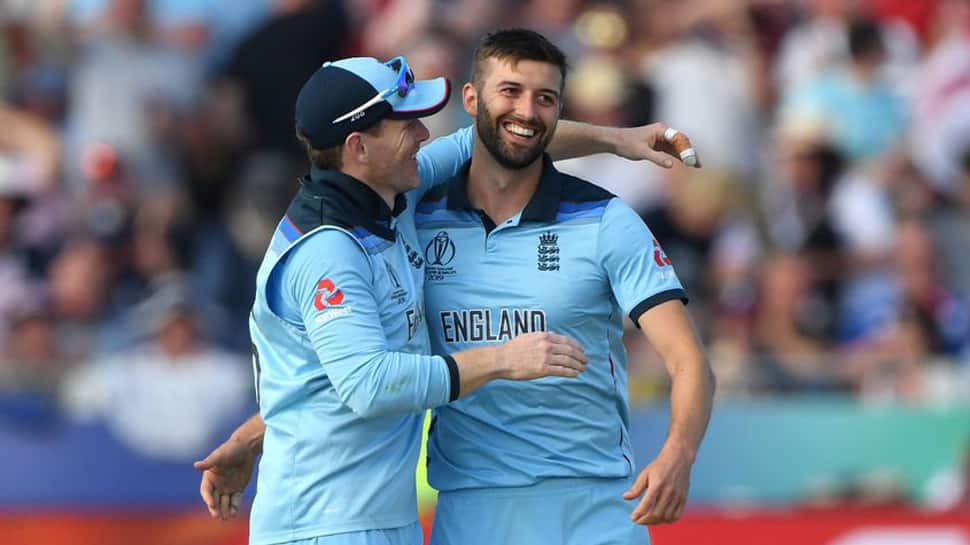 Though the credit for England’s victory against New Zealand is being given to opener Jonny Bairstow, who hit 106 off 99 balls, one cannot ignore the role of pacer Mark Wood, who not just clinched three wickets but also conceded just 34 runs in nine overs.

And what’s special for Wood was that the match that booked England’s berth in semi-finals was played on his home ground Durham. Terming it as his “proudest game”, Wood told the International Cricket Council, “It was a pretty special day. Apart from maybe my debut, that was the proudest game I’ve had.”

A highlight of the game for Wood was the dismissal of New Zealand skipper Kane Williamson. It was a straight drive by Ross Taylor that touched the English pacer’s fingertip before hitting the stumps at the non-striker end. And Williamson was out of his ground at that point in time, leading to his dismissal.

When asked about the same, Wood said that the New Zealand skipper “doesn’t know how unlucky he is”. He also referred to Williamson as “one of the best players” he had ever bowled to.

“He doesn’t know how unlucky he is because I’ve got the smallest hands for a bloke you’ve ever seen! The umpire wasn’t sure if I’d tipped it but I knew it had flicked the end of my finger...He’s one of the best players I’ve ever bowled at so I was pretty pleased we didn’t have to bowl at him any more,” said Wood.

Wood had missed England’s first matched in the ICC World Cup 2019, which was against South Africa, but then managed to play all eight matches so far.

“I’ve kept my spot through my form and normally I would have been rested but I have felt pretty good so there’s been no need to change. If the tactics need to change and I don’t play then that’s fine but Morgs [Eoin Morgan] has given me a lot of confidence and backed me all the way.”