Chasing a target of 242 in 49 overs in a rain-truncated match, New Zealand recovered from a mini-slump at 137 for five riding on a 91-run stand between Williamson (103 not out off 138 balls) and Colin de Grandhomme (60 off 47 balls) to reach home with three balls to spare. 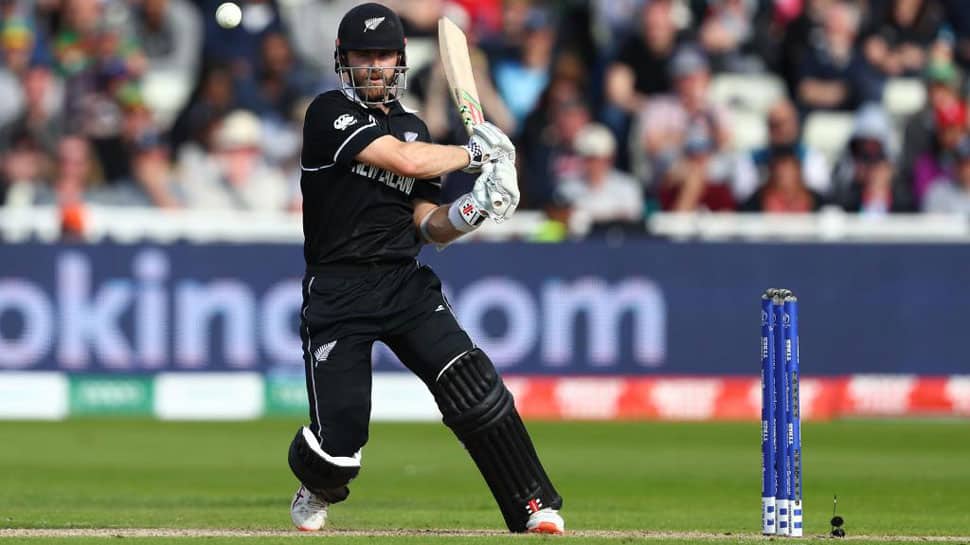 Skipper Kane Williamson struck a composed unbeaten century as New Zealand virtually knocked South Africa out of the World Cup with a four-wicket victory in a last over finish on Wednesday.

Chasing a target of 242 in 49 overs in a rain-truncated match, New Zealand recovered from a mini-slump at 137 for five riding on a 91-run stand between Williamson (103 not out off 138 balls) and Colin de Grandhomme (60 off 47 balls) to reach home with three balls to spare.

Needing 12 off the last seven balls, Williamson steered a Lungi Ngidi slower delivery to the third man boundary to bring down the equation to 8 off the last over.

With Ngidi (1/47), Kagiso Rabada (1/42) and Chris Morris (3/49) all bowling their full quota, Faf du Plessis had no option but to use their weakest link Andile Phehlykwayo. Williamson promptly hit the second delivery for his first six of the match to close the encounter.

With this win, New Zealand for a day went on top of the points table with nine points from five games while South Africa after their fourth defeat in six games have little chance of making it to the last four.

Williamson's innings had eight fours and a six, while De Grandhomme was the aggressor during the stand with five fours and two sixes.

Earlier, New Zealand's bowling unit fired in unison as they restricted South Africa to 241 for six in the rain-truncated encounter.

The match was reduced to a 49-a-side affair after wet ground outfield delayed the start.

Despite half-centuries from Hashim Amla (55 off 83 balls, 4x4s) and Rassie van der Dussen (67 not out off 64 balls, 2x4s, 34x6s), the Black Caps managed to keep the South African batsmen under a tight leash.

Lockie Ferguson (3 for 59 in 10 overs) was the most successful bowler for New Zealand, while Colin de Grandhomme (1/33 in 10 overs) turned out to be the most economical.

De Grandhomme and left-arm spinner Mitchell Santner (1/45 in 9 overs) maintained tight discipline during the middle overs and did not allow any opposition batsmen to get away.

Van der Dussen and David Miller (36 off 37 balls) added 72 runs for the fifth wicket in 12.2 overs but facing a must-win situation, South Africa could never really up the ante.

The last nine overs produced 72 runs after Faf Du Plessis (23) added 50 with Amla, who completed 8000 ODI runs and became the second fastest to complete the feat.

Trent Boult castled Quinton de Kock early in the innings and Matt Henry (0/34 in 10 overs) bowled tight lines from the other end after New Zealand won the toss and elected to bowl first.

Du Plessis was yorked by Ferguson and Amla was bowled by a classical left-arm spinners' delivery that hit the top of off stump.