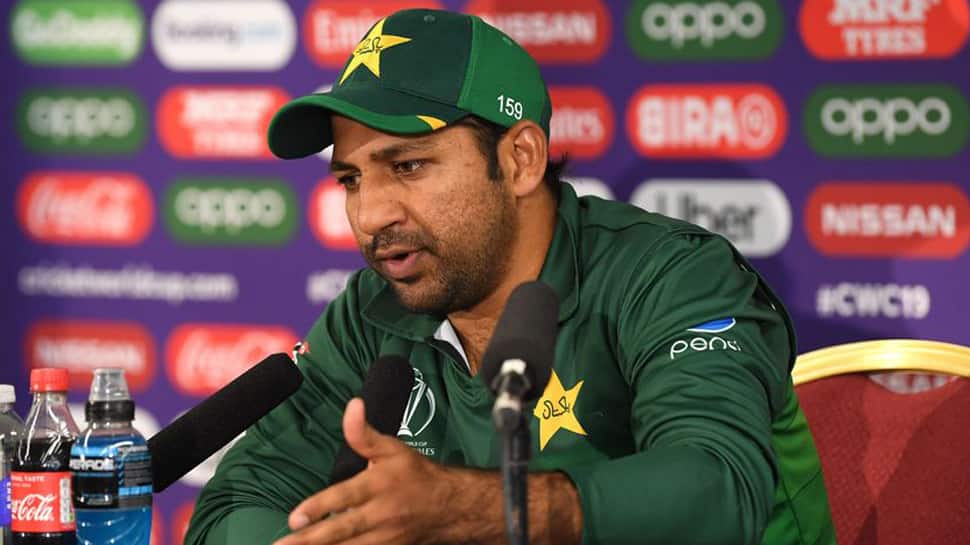 Rohit Sharma’s scintillating 140 from 113 balls helped India set a challenging total of 336/5 but Fakhar and Babar kept Pakistan in the hunt with a brilliant second-wicket century partnership.

But when Babar was bowled by Kuldeep Yadav with the score at 117/1, a middle-order collapse was sparked, with four dismissals for 12 runs en route to an 89-run loss, via DLS method.

It prompted further questions about the senior players in the line-up with 38-year-old Mohammad Hafeez, 32-year-old Sarfaraz and 37-year-old Shoaib Malik scoring just 21 runs between them batting at four, five and six.

And the skipper admits that frustrating spell ultimately proved the difference at Old Trafford.

“It was definitely a very disappointing and disheartening defeat,” said Sarfaraz. “We were going very well, especially if you talk about our batting.

“Once we lost the first wicket, Fakhar and Baber had a good partnership and we said we just needed to stay at the crease. But then we lost too many wickets afterwards and that is why we lost.

“You can’t just talk about only the senior players, the whole team is not performing well in all three departments – batting, bowling and fielding.

“If you look at this game, our batsmen made a good start and Fakhar and Babar did really well but unfortunately we lost so many wickets – that was the turning point and why we lost.”

Defeat leaves Pakistan ninth in the ICC Men’s Cricket World Cup 2019 table – three points behind the top four, having also played one game more than most of those teams.

It was also a seventh loss in seven World Cup matches against India and Sarfaraz concedes that the rivalry is beginning to become slightly one-sided.

“If you talk about World Cup matches, definitely,” he added. “We’ve not won a World Cup game against them.

“And with the rivalry in general, in the 1990s Pakistan had the upper hand but India are definitely better at the moment and that’s why they win more matches.

“Even in this game, we won a good toss but didn’t capitalise despite having a pitch with a bit of moisture in it.”