The first and last cricketer from the India squad to speak to the media was KL Rahul, on May 28, on the day he scored a century in the team’s World Cup warm-up win over Bangladesh in Cardiff. 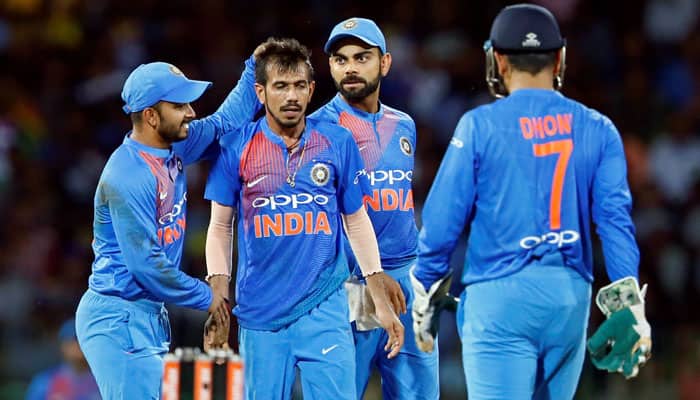 SOUTHAMPTON: Relations between the Indian cricket team and the press and media that follow it has not been the healthiest since Virat Kohli became captain. Since he took over the captaincy full-time in January 2017, there have been several instances of what is perceived as reluctance to speak to the media and allow members of the squad and team management – such as various coaches – to interact with reporters.

This was evident once again on Monday (June 3) at Southampton’s Ageas Bowl, where a rare occasion of the media turning down a “press conference” occurred.

As per protocol during the World Cup, the ICC sends out a daily run-down of team’s practice and media opportunity sessions, in a very detailed and clear-cut manner. It helps reporters and the media plan their days and ensure there are no hiccups. The ICC is a very thorough organisation when it comes to such matters.

The Indian cricket team landed in the UK on May 24. The first and last cricketer from the India squad to speak to the media was KL Rahul, on May 28, on the day he scored a century in the team’s World Cup warm-up win over Bangladesh in Cardiff. That was six days ago.

In that time, the Indian cricket team has had four practice sessions. The last of those today the Ageas Bowl, where on June 5 India will play South Africa.

A day before, on Sunday, an ICC email detailing the schedule of press conferences, team’s practice sessions and World Cup matches was sent out. In it, it was stated that in Southampton the Indian team would train from 10:00am to 1:00pm local time. There was no mention of a player being made available to reporters in that email, but on a WhatsApp group created for communication between the Indian team and travelling Indian reporters, a message was sent out that read: “There will be an interaction towards the end of training”.

On Monday, the media gathered inside the Ageas Bowl expectedly waited for a player to be made available.

However, shortly before the media session was supposed to be begin, the Indian team’s media representative told reporters that two of the traveling net bowlers, Deepak Chahar and Avesh Khan, would be made available.

This left the Indian media contingent miffed. While there is no written compulsion to provide a member of the Indian team, it is expected that one would be made available to speak to reporters given the massive interest for Indian cricket back in India.

The official lined towed by the BCCI media representative was that since India have not played a game in the World Cup yet, what will they talk about?

This added to the press’ frustration. Some of them requested the representative to check with the squad if an Indian team member could be sent. The representative said he would. When he returned, he said it was not possible and that Avesh and Chahar were the two options.

As per the ICC, on Tuesday (June 4) the Indian cricket team will train at the Ageas Bowl from 2:00pm to 5:00pm local time, and before that, at 1:30pm, there will be a media interaction.