Sent into bat, Nathan Coulter-Nile (92 from 60 balls) played a blinder of an innings, taking cue from a dogged fight back by Steve Smith (73 from 103 balls), as Australia recovered from 38 for 4 to post a competitive 288 all out in 49 overs. 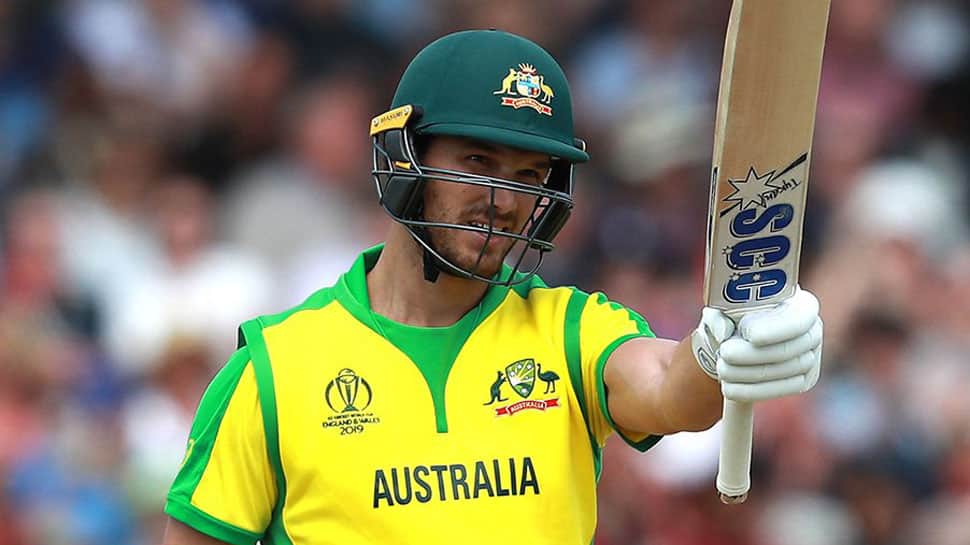 Mitchell Starc grabbed five wickets for 46 runs in a brilliant show of fast bowling as defending champions Australia pulled off a 15-run win against West Indies in a tense World Cup match to notch up their second win on Thursday.

Sent into bat, Nathan Coulter-Nile (92 from 60 balls) played a blinder of an innings, taking cue from a dogged fight back by Steve Smith (73 from 103 balls), as Australia recovered from 38 for 4 to post a competitive 288 all out in 49 overs.

Chasing 289 for a win, the West Indies were in the hunt for the most part of their innings but they crumbled towards the end to score 273 for 9 from 50 overs.

West Indies needed 38 runs from the last five overs with four wickets in hand but Starc removed Carlos Brathwaite (16) and captain Jason Holder (51) in the space of four balls in the 46th over before returning to dismiss Sheldon Cottrell (1) in the 48th over to grab his fifth wicket and end the Caribbean side's run chase.

Australia thus notched up their second win in the tournament after defeating Afghanistan in their first match, while the West Indies suffered their first loss after their triumph against Pakistan.

Shai Hope top-scored for West Indies with a 68 from 105 balls while Nicholas Pooran scored 40, besides Holder's 51. The other batsmen got the starts but could not convert them into big scores.

For Australia, Pat Cummins took two other wickets while Adam Zampa got one.

Earlier, the West Indies fast bowlers ripped through the Australian top-order in a brilliant spell before Smith and the record-breaking Coulter-Nile led a stunning fightback to power the defending champions to 288 all out.

The Australians were in all sorts of trouble against the short-pitched deliveries unleased by the West Indian fast bowlers, who extracted a lot of bounce and seam movement initially from the Trent Bridge track.

The Australians, who had easily beaten Afghanistan in their first match, lost four quick wickets for just 38 runs in the eighth over with Aaron Finch (6), David Warner (3), Usman Khawaja (13) and Glenn Maxwell (0) falling cheaply.

But, Smith led a remarkable fightback with a 73 off 103 deliveries while Coulter-Nile unleashed a late onslaught with an unbelievable 92 off 60 balls.

Coulter-Nile, who hit eight fours and four sixes, in fact, recorded the highest runs scored by a number eight batsman in a World Cup. This was his maiden fifty in his 29th ODI. His previous highest was a 34 last year.

From 79 for five in the 17th over, the Australians clawed their way back to 119 for five at the halfway mark. With Smith and Coulter-Nile on the ascendency, they were 206 for six at the end of 40 overs before adding 81 runs in the final nine overs for five wickets.

The spadework for the fight back was done by Smith, who, in March, came out of a 12-month ban for his involvement in the Cape Town ball-tampering scandal.

Coming out at the team total of 26 for two in the fourth over, Smith played a defiant yet solid inning to hold the Australian innings together. He hit seven boundaries for his 20th ODI fifty and first after his international comeback.

Wicketkeeper-batsman Alex Carey chipped in with a 55-ball 45, which was studded with five boundaries, for an invaluable 68-run stand for the sixth wicket with Smith to resurrect the Australian innings before Coulter-Nile played the innings of his life.