Despite the fall of wickets, New Zealand managed to bounce back as Williamson (79) and Tom Latham`s (13) 43-run stand took the Blackcaps over the line, securing their third consecutive win in the World Cup. 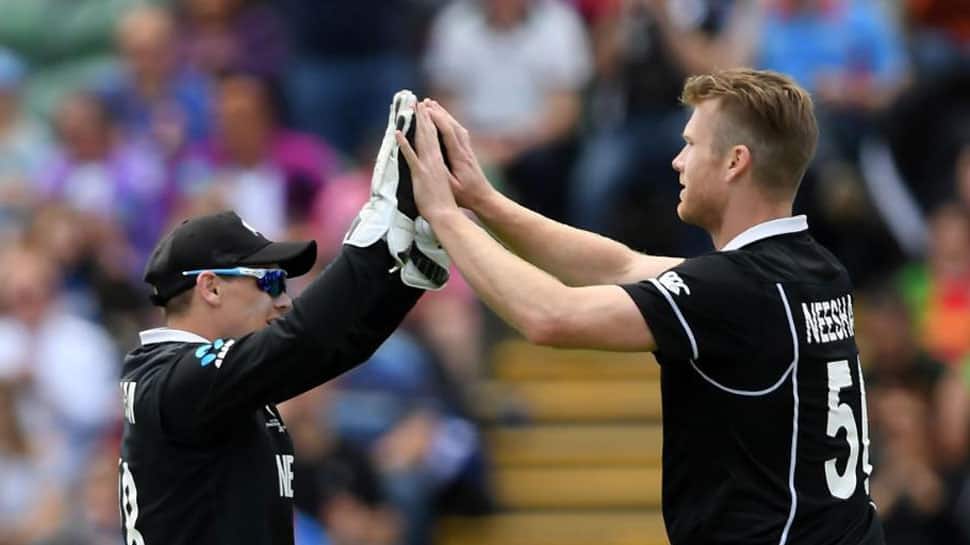 New Zealand defeated Afghanistan by seven wickets at Taunton on Saturday, bringing them to the top of the table with six points in the ICC Men`s Cricket World Cup.

Chasing a below-par target of 173, the Kiwis got off to a shaky start as they lost opener Martin Guptill for a duck on the very first ball of Aftab Alam's opening over. Next to bat was skipper Kane Williamson, who built a 41-run partnership for the second wicket along with Colin Munro, until the latter was sent back by Alam in the 8th over.

Ross Taylor came out to bat at number four after the fall of Munro`s wicket and added 89 runs along with Williamson before being dismissed by Alam. Despite the fall of wickets, New Zealand managed to bounce back as Williamson (79) and Tom Latham`s (13) 43-run stand took the Blackcaps over the line, securing their third consecutive win in the World Cup.

Earlier, Afghanistan lost the toss and were put to bat first by the Kiwis.

Hazaratullah Zazai and Noor Ali Zadran gave a steady start to the Afghanistan inning and stitched a 66-run partnership for the opening wicket. Zazai (34) was sent back to the pavilion by James Neesham in the 11th over.

Afghanistan lost two quick wickets without adding a run to the scoreboard. Zadran (31) gifted his wicket to Lockie Ferguson in the 12th over, and Neesham returned to get rid of Rahmat Shah (0) who came to bat at number three, reducing Afghanistan to 66 for the loss of three wickets.

After the collapse of the top order, skipper Gulbadin Naib came out to bat at number four. However, he was unable to leave a mark and departed in the 15th over off Neesham.

Mohammad Nabi and Hashmatullah Shahidi built a brief partnership of 35 runs for the fifth wicket before Nabi was sent back to the pavilion by Neesham.

While Shahidi stood firm on one end, none of his teammates were able to support him. Nobody in the middle order was able to reach a double-digit figure, expect for Shahidi, who scored 59 crucial runs to set a target of 173 for the Blackcaps.

Neesham was the pick of the bowlers for the Kiwis, as he secured five crucial wickets. Ferguson scalped four wickets to help New Zealand restrict Afghanistan to 172 runs.

New Zealand will face India on June 13, while Afghanistan will next play against South Africa on June 15.