New Zealand registered a win in an ODI in Birmingham for the first time since the 1983 World Cup. 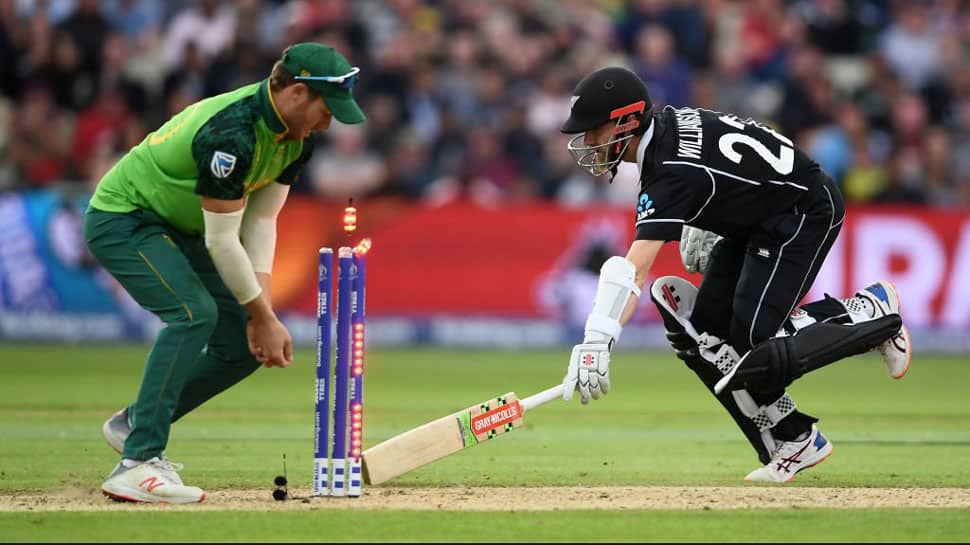 The Kiwis had emerged victorious in three out of their four clashes with their latest clash against India washed out.

South Africa, on the other hand, were desperately in need of a win. The Proteas recorded their first win in the tournament against Afghanistan in their previous clash after a poor start to the tournament.

New Zealand skipper Kane Williamson was the hero for his side, scoring an unbeaten 106 off 138 deliveries after being handed a target of 242 runs to chase. Williamson further enjoyed quality support from all-rounder Colin de Grandhomme who scored a quickfire 47 ball 60 in an innings comprising of five boundaries and two sixes.

Proteas all-rounder Chris Morris was the pick of the bowlers accounting for three wickets.

Earlier, Williamson won the toss and opted to field. South Africa posted a total of 241 runs for the loss of six wickets on the back of a 64 ball 67 by Rassie Van der Dussen and 55 by opener Hashim Amla.

# Trent Boult has now dismissed Quinton de Kock five times which is the most the Proteas batsman has got out to any bowler in ODIs.

# South African opener Hashim Amla has now completed 8000 runs in ODIs. He became the second fastest batsman after Virat Kohli to reach the tally. The Proteas opener further became the fourth batsman from the nation to reach the landmark after Jacques Kallis, AB de Villiers and Herschelle Gibbs.

# New Zealand registered a win in an ODI in Birmingham for the first time since the 1983 World Cup.