After making a significant impact in his comeback match for Australia, Marcus Stoinis revealed that he had originally resigned himself to missing the ICC Men’s World Cup 2019 after injury struck him earlier in the tournament. 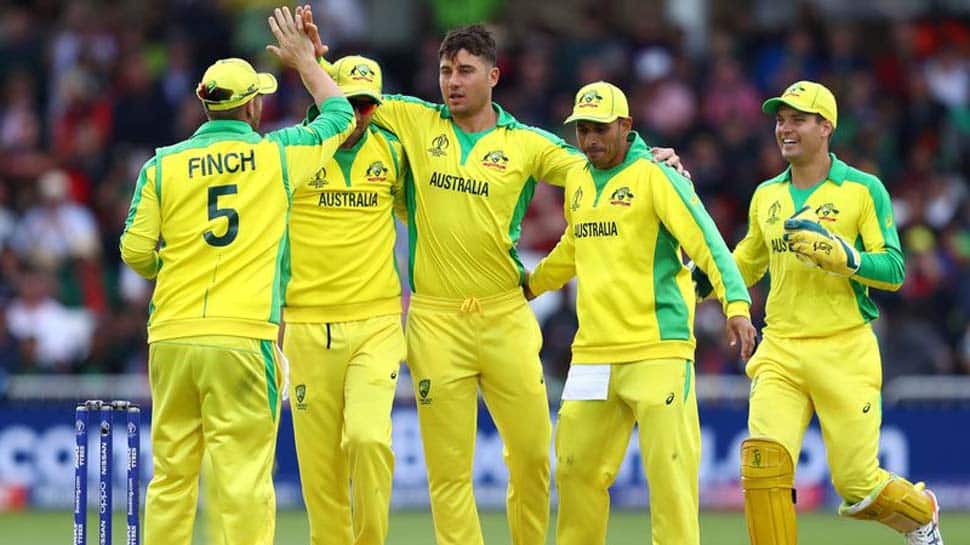 After making a significant impact in his comeback match for Australia, Marcus Stoinis revealed that he had originally resigned himself to missing the ICC Men’s World Cup 2019 after injury struck him earlier in the tournament.

As per ICC press release, the all-rounder had been out with a side strain that he picked up when bowling in the match against India 11 days ago and his initial fear was that it would keep him out of the rest of the competition.

Yet after taking the field again at Trent Bridge and picking up the crucial wicket of Bangladesh’s player of the tournament Shakib Al Hasan in Australia’s convincing 48-run victory, the powerful Stoinis was all smiles again.

“It’s been exciting, a bit of a roller-coaster but I was a bit down in the dumps when I hurt myself the other day. So again now, I’m really stoked that I’m back,” said the 29-year-old, who scored a brisk unbeaten 17 at the end of Australia’s massive 381/5 before then taking 2/54 in eight overs.

Recalling how he had gone down with the injury in his second over against India, Stoinis admitted that he had immediately feared the worst.

“Your mind goes there (that you’re out of World Cup) but once everything had sort of settled, you think everything’s going to be all right,” he said. “Yet my initial thought when I did it was ‘I’m out of the World Cup’.”

Over the past week and a half, he admitted, it had been an anxious wait to see if he would recover and he had persuaded himself that Thursday’s match in Nottingham was effectively his last chance saloon.

“I spent a lot of time with the physio and the doc and we were doing a few exercises on the side, a lot of icing at night. There’s not too much you can do outside that but you have to get the muscles moving as much as you can,” he said.

“We didn’t put a time on the recovery period. Support staff did a really good job to not overreact and at least gave me a chance. I think going into this game, this was probably the deadline.

“But it’s different bowling in the nets, compared to when the adrenaline gets going in the game. So we weren’t really sure how I’d go today.”

As it turned out, he went well, with a Stoinis slower ball drawing a leading edge and trapping Shakib, who had started the day as the tournament’s top scorer, for 41 when the brilliant all-rounder had looked in the mood to record a third successive century.

“Bangladesh are a good team, they’re good players and have made some good runs over the tournament. So we definitely respected them and they were threatening today with a good partnership,” said Stoinis, laughing that he had bowled more than a few slower balls in a bid to not push himself too hard on his return.

He is looking forward to making an impact in the rest of the tournament now and revealed how Australia’s assistant coach Ricky Ponting had been helping him in the nets during his rehabilitation.

“It’s more of an open discussion, raising points, problem solving as we go and coming up with different ideas.”

As for how he’s feeling, with England next in line at Lord’s next Tuesday, he said: “I’m better than I thought I’d be.”

Australia vs Bangladesh the highest scoring World Cup match ever