India have the look of a team just coming nicely to the boil, much like the English summer that is forecast to reach heatwave territory at the weekend. 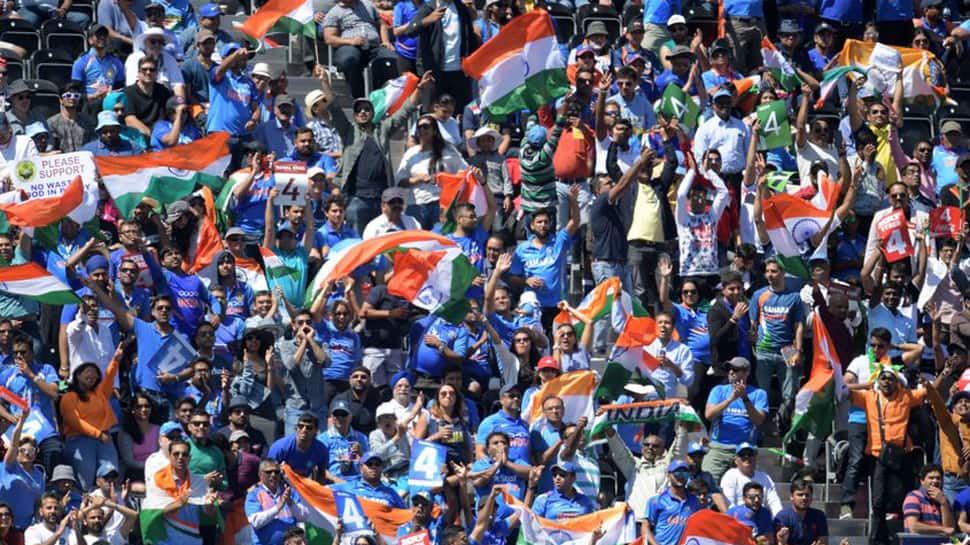 India have the look of a team just coming nicely to the boil, much like the English summer that is forecast to reach heatwave territory at the weekend.

Their 125-run victory knocked West Indies out of the ICC Men’s Cricket World Cup and maintained their status as the only unbeaten side left in this tournament.

India reclaimed the No.1 spot in the ICC ODI Team Rankings for the first time in 14 months – to add to their equivalent status in the Test rankings – before they had even bowled a ball. England’s comprehensive defeat by Australia at Lord’s on Tuesday knocked the hosts off the top spot.

Old Trafford was the venue where, in 1983, India first shocked West Indies, the world’s best side at the time who had not lost a single World Cup fixture in the two previous tournaments. A fortnight later, outsiders India did it again to lift the first of their two World Cups and transform the game in their country.

MS Dhoni is the only player in this Indian side who was born at the time of that 1983 triumph and he was memorably the captain who finished the 2011 tournament with a towering six into the Mumbai night to complete India’s victory over Sri Lanka.

He finished off his unbeaten 56 at Old Trafford with a six too and although the two situations are not remotely comparable, this was a contribution of significance to team and self.

It was not India’s highest score – that honour went inevitably to Virat Kohli whose 72 took him past 20,000 international runs across all formats. He is the fastest of the 12 men to reach that monumental milestone, as per ICC

But this was Dhoni’s first half-century of the tournament and was compiled in the manner that we have come to expect from the Indian gloveman, who is ten days away from his 38th birthday.

Captain Virat Kohli said of his predecessor: “He knows exactly what he is doing out there. The best thing is that when we need those extra 15 or 20 runs he knows exactly how to get them.”

Dhoni began circumspectly with 20 runs coming from his first 40 balls but 36 came from the next 21 as he and Hardik Pandya enjoyed a frenetic sixth-wicket stand of 70 from ten overs.

That partnership stretched India’s total from potentially manageable for West Indies to out of reach on a surface that had previously been used in the Windies’ thriller against New Zealand last weekend.

India scored 82 off the last ten overs and 49 off the last five, justifying once again their very precise approach to setting a target.

At three runs per over in the first five overs, they are the slowest starters in the tournament but crucially they have lost only one wicket in that period in their six games so far.

The margin of victory would suggest that Shai Hope’s stumping miss when Dhoni had scored only eight was of limited significance but at the time it felt like a turning point.

Dhoni was so far down the pitch when left-arm spinner Fabian Allen got one past his outside edge that Hope had enough time to have two stabs at removing Dhoni. But having missed the first opportunity, he failed to grab the ball at the second attempt and when he knocked the bails off with his right glove the ball was still on the ground.

Dhoni had his own stumping miss but he made up for it with a spectacular right-handed diving catch to remove Carlos Brathwaite off Jasprit Bumrah.

Hope’s day got no better, though, and he became one of Mohammed Shami’s four victims, bowled by a beauty that seamed in between bat and pad before clipping off stump.

Shami’s figures of 4/16 leave him with a remarkable haul of 8/56 from the last two matches, following his hat-trick against Afghanistan.