ICC World Cup 2019: South Africa out to have fun in their final matches at the World Cup

South Africa captain Faf du Plessis says his side are determined to enjoy their final week at the World Cup – and that started with a nine-wicket victory over Sri Lanka at The Riverside. 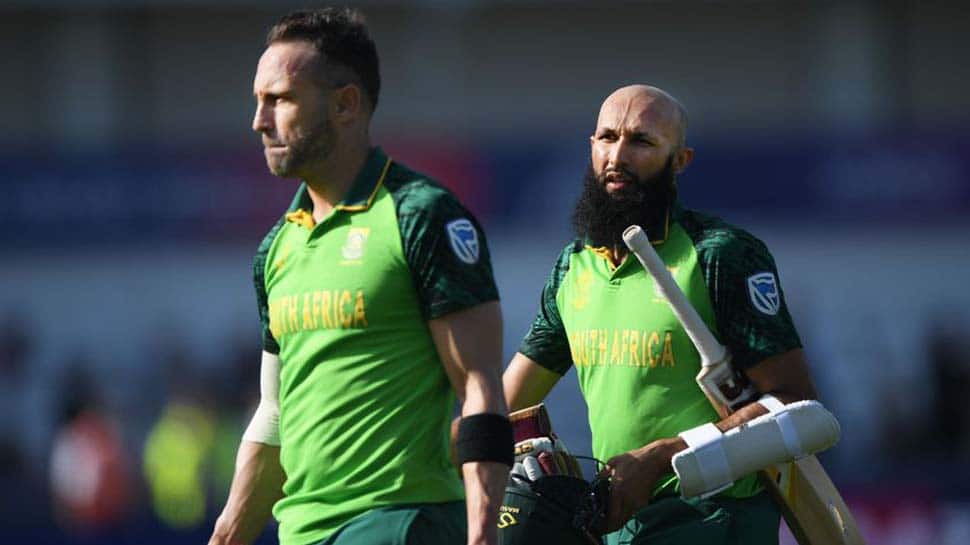 South Africa captain Faf du Plessis says his side are determined to enjoy their final week at the World Cup – and that started with a nine-wicket victory over Sri Lanka at The Riverside.

They now have a week until their final match – against Australia – at Old Trafford but are keen to ensure they bow out on a high.

South Africa cannot make the semi-finals after but are trying to make their remaining time in the tournament as fun as possible.

Du Plessis told ICC: “As tough as it's been behind-the-scenes, there's been teamship behind the performances.

“There was never anything behind-the-scenes that wasn't working.

“It was purely a case of us not being good enough to beat teams and us letting ourselves down on some other occasions and we have been outplayed one or two times, but we have tried to enjoy it.

“In saying that, it's not, it's difficult to enjoy it all the time when you are not getting the performances that you want.

South Africa were all smiles after bowling Sri Lanka out for 203, and completing their second-successful chase, and first over 200, at this tournament.

Du Plessis made particular mention of Dwaine Pretorius, who came off the bench to take 3/25, after not playing since the opening match against England.

Pretorius missed out to fellow all-rounder Chris Morris before this match, which du Plessis explained was based on conditions that called for more pace. In Durham, on a slower surface, Pretorius’ consistency cracked the nod.

“We were looking for someone that was accurate,” du Plessis added. “It is about doing your job and the basics extremely well and that is not needing to bowl at 160kph or swinging the ball both ways consistently.

“It is literally running and doing the basics of your job as well as you can and that is what he did today.”

Pretorius set the tone for South Africa to dismiss Sri Lanka cheaply and then bat without pressure in chase of a small target.

South Africa’s top-order enjoyed the opportunity to spend time in the middle and both Hashim Amla and du Plessis scored unbeaten half-centuries, something that had been missing from South Africa’s performances thus far.

Du Plessis put that down to them being under less pressure to score quickly which allowed them to settle.

He said: “Chasing 200 is obviously a little bit easier than chasing 350, by starting your innings off, it is a completely different game, you can bat towards your own tempo.”

South Africa’s comfortable victory cannot change that they will exit early. Despite their disappointment, they are starting to reflect on what du Plessis called a crazy competition, which has sprung its surprises and kept the best teams guessing.

“It's been a remarkable tournament where different teams on their day can beat anyone and it shows you that if you are not on top of your game, in international cricket. The margins are so small,” du Plessis said.