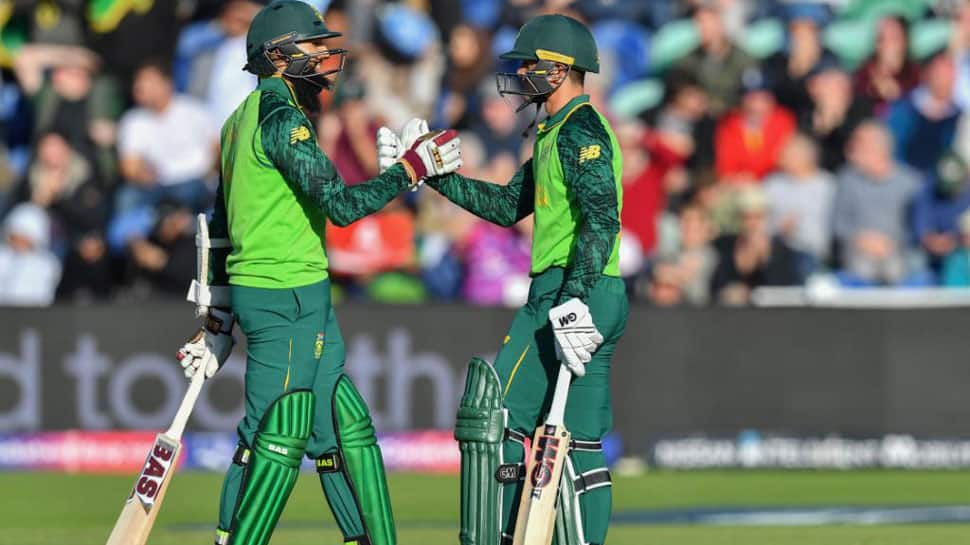 South Africa recorded their maiden win in the ICC World Cup 2019 following victory by a margin of nine wickets against Afghanistan in Sophia Gardens, Cardiff on Saturday.

Afghanistan were bowled out for 125 runs in 34.1 overs on the back of a fine performance by the South African bowling attack led by Imran Tahir.

The Proteas were handed a target of 127 runs to chase following DLS regulations which they completed in 28.4 overs. Openers Hashim Amla and Quinton de Kock were the key contributors in this regard, stitching a partnership of 104 runs, which virtually ensured a win.

# Hashim Amla registered his highest score in the ICC Cricket World Cup 2019 after scoring 41 runs off 83 deliveries against Afghanistan.

# South Africa continue to maintain an unbeaten record against Afghanistan in International cricket with three wins in three matches between the two sides.

# South Africa and Afghanistan played their first ODI in International Cricket at Cardiff having played only T20 Internationals previously.

# Afghanistan have lost four successive matches in their ODI history for the second time. They had earlier recorded defeats in the last three matches of the 2015 World Cup which was further followed by a defeat in a bilateral series against Zimbabwe.